FLORENCE, Italy, Dec. 2, 2020 /PRNewswire/ -- The magnificent Palazzo Serristori in Florence (https://www.lionard.com/palazzo-serristori-for-sale-in-florence.html), one of the most important Renaissance buildings in the city, with its unique position on the Arno near Ponte Vecchio, 5,500 square metres of interiors and approximately 3,000 square metres of garden, will be completely restored after long years of non-use. 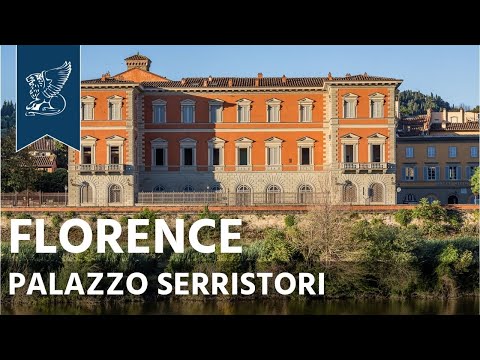 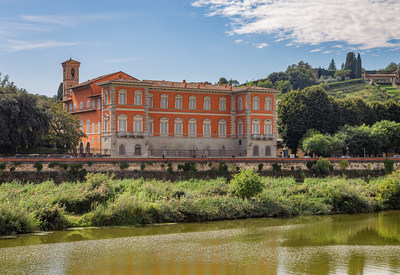 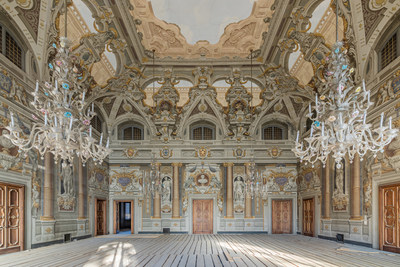 Acquired last March by the LDC Group of Taiwan - already involved in the redevelopment of another building of extraordinary historical value in Florence, Palazzo Portinari Salviati - it will be restored, thanks to an impressive renovation that will start next spring, to create prestigious extra luxury apartments, with prices ranging from 2 to 7 million euros, the sale of which will be handled exclusively by Lionard Luxury Real Estate (https://www.lionard.com/). Each of the apartments, embellished with period frescoes, will have common areas such as the spectacular garden with swimming pool and the SPA.

The noble Serristori family, whose rise began in the Middle Ages, had already reached a position of unquestionable wealth and prestige by the 1500s, largely due to their association with the Medici family, of whom they were faithful allies. The construction of the palace dates back to the beginning of the 16th century when Lorenzo Serristori wanted to build a magnificent residence on the banks of the Arno River surrounding a hunting lodge. From the documents found in the Serristori archive, it is likely that the architects who designed the original core of the palace were the great Giuliano and Antonio da Sangallo, together with Benedetto da Maiano, with whom they had already designed the Palazzo Strozzi in Florence and the Villa Medicea in Poggio a Caiano.

Later, Averardo Serristori, ambassador for Cosimo I de' Medici and great friend and admirer of the renowned sculptor Michelangelo, extended the palace with the addition of the largest Italian garden in Florence, still visible along the left bank of the Arno to this day.

According to some scholars, the beautiful spiral staircase which is still intact today and connects the basement with the top floor was attributed to Michelangelo.

Among the eminent figures that have stayed at Palazzo Serristori are Giuseppe Bonaparte, Napoleon's brother and King of Spain and Naples, as well as the Russian Demidoff family and Pope Leo X of the Medici, whose sixteenth century coat of arms is preserved in sandstone in the main atrium. Others include internationally renowned nineteenth century intellectuals and artists, such as Giacomo Puccini, Gioacchino Rossini, Lord Byron, Percy Bysshe Shelley, the composers Richard Strauss and Richard Wagner, and the Queen of Italy, Elena of Savoy.

Extraordinary original features of the palace have survived the centuries and changes in style.  From the magnificent frescoed ballroom, measuring 250 square metres in area and 12.5 metres in height, the largest and most prestigious in Florence, to a foyer covering approximately 150 square metres, which will be used as a common area for all the apartments and whose construction dates back to the 1600s, when the palace was extended under the guidance of the famous Medici architect, Buontalenti. There are two splendid Murano chandeliers, dating from the 1700s, still on display in the ballroom, both intact and in working order. The original wooden floors and authentic works of art also remain, as does the "Hall of Mirrors" and the palace's fireplaces, made of precious marble and feature the Serristori coat of arms. Not forgotten, the glazed terracotta stove, manufactured by Ginori, of which there is only one other example in the world.

From lithographs of the 1500s, we can see how the palace was originally built with two mills, one of which is still visible today in the basement. Of the many curiosities that typify this building, the secret passages are undoubtedly worth a mention, one of which, having been partially discovered, connected the palace to the other bank of the Arno.

TO DOWNLOAD HIGH AND LOW RESOLUTION VIDEOS AND PHOTOS: https://www.lionard.com/press-archive/

Within the space of a few years, Lionard Luxury Real Estate, founded in 2008 by the entrepreneur Dimitri Corti, has become the market leader in Italy in the luxury real estate market. Currently, Lionard has 2,918 real estate properties in its portfolio, with an average market value of 4.84 million euros and an overall portfolio value of € 14.13 billion.