NEW YORK, April 17, 2019 /PRNewswire/ -- In 1943, Decca Broadway released the first-ever cast album of all time. The musical was Rodgers and Hammerstein's groundbreaking Oklahoma!. Fast forward 76 years, the newly-relaunched Decca Broadway, part of Verve Label Group, announces the release of the new cast recording for the revival of Oklahoma! and the hit musical Tootsie. Both albums are being recorded and set for release this spring/summer. 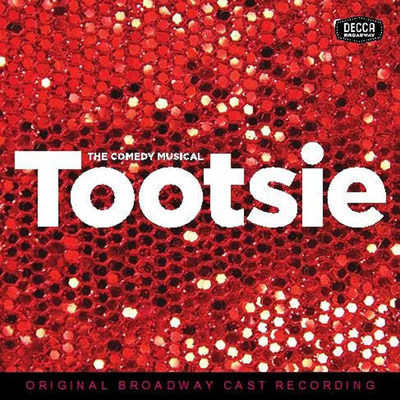 Decca Broadway has been at the forefront of musical theatre recordings over the past seven decades. The historic label released The Phantom Of The Opera, one of the most successful cast recordings of all time, having gone 4x platinum. It has also released numerous iconic cast albums including the multi-platinum hits Wicked and MAMMA MIA!, as well as Rent, Les Miserables, Carousel and Guys and Dolls.

Dickon Stainer, President and CEO of Universal Classics and Jazz and Verve Label Group, says: "Decca Broadway's legacy is bar-none the best in the musical theater business. With multi-platinum recordings, Grammys, and Tonys in our catalogue, we're thrilled to relaunch Decca Broadway with two of the most-talked-about Broadway musicals on the scene right now. We are proud to continue the great legacy of this storied, successful label."

The 2019 revival of Oklahoma! is making history as the first time the Rodgers and Hammerstein estate has allowed new arrangements of the original score. The New York Times said of these new versions, "The well-known melodies have been reimagined – by the brilliant orchestrator and arranger Daniel Kluger – with the vernacular throb and straightforwardness of country and western ballads." Daniel Fish's reimagined revival of Oklahoma! officially opened April 7 at Circle in the Square Theatre. The cast is led by Rebecca Naomi Jones as Laurey and Damon Daunno as Curly and the cast album will be produced by Dean Sharenow and Daniel Kluger.

The new comedy musical Tootsie, adapted from the 1982 film, began previews on Broadway March 29, following an acclaimed out-of-town tryout in Chicago last fall. Variety called Tony-winner David Yazbek's score "strikingly over-the-top: You know something's right when the music itself feels witty." Meanwhile, The Chicago Tribune commented, "The sound has a movie-score quality… many of his tempos are arrestingly up – so much so…that they keep amping the pleasures of the piece." Tootsie officially opens at the Marquis Theatre April 23. Tony nominee Santino Fontana leads the cast as Michael Dorsey, a talented but difficult actor who struggles to find work until one show-stopping act of desperation lands him the role of a lifetime – as the star of a new Broadway musical.

The cast recordings for both Tootsie and Oklahoma! are due to be released on Decca Broadway this spring/summer. These new recordings promise to reinvigorate the illustrious label and continue its great legacy, capturing the best of Broadway today.

ABOUT DECCA BROADWAY:  Decca Broadway, recently relaunched as an imprint of Verve Label Group, is the industry leader in musical theater recordings. In addition to having released some of the best-selling cast albums of all time including Wicked, MAMMA MIA!, The Phantom of the Opera, Rent and more, Decca Broadway has received the most GRAMMY awards of any label for "Best Show Album." Decca Broadway's catalog features over 55 Tony Award winning performances for "Best Musical." The first release under relaunched label will be the cast album for 2019's reboot of Tootsie, a new comedy musical starring Tony Award nominee Santino Fontana.  Find out more at: www.deccabroadway.com

ABOUT UNIVERSAL MUSIC GROUP:  Universal Music Group (UMG) is the world leader in music-based entertainment, with a broad array of businesses engaged in recorded music, music publishing, merchandising and audiovisual content in more than 60 countries.  Featuring the most comprehensive catalog of recordings and songs across every musical genre, UMG identifies and develops artists and produces and distributes the most critically acclaimed and commercially successful music in the world.  Committed to artistry, innovation and entrepreneurship, UMG fosters the development of services, platforms and business models in order to broaden artistic and commercial opportunities for our artists and create new experiences for fans. Universal Music Group is a Vivendi company.   Find out more at: http://www.universalmusic.com

MORE ABOUT TOOTSIE:  TOOTSIE features an original score by Tony Award-winner DAVID YAZBEK (The Band's Visit, The Full Monty, Dirty Rotten Scoundrels), a book by ROBERT HORN (13; Dame Edna, Back with a Vengeance), choreography by Tony Award nominee DENIS JONES (Holiday Inn, Honeymoon in Vegas), and musical direction by ANDREA GRODY (The Band's Visit). TOOTSIE will be directed by eight-time Tony Award nominee and Olivier Award winner SCOTT ELLIS (She Loves Me, On the Twentieth Century).