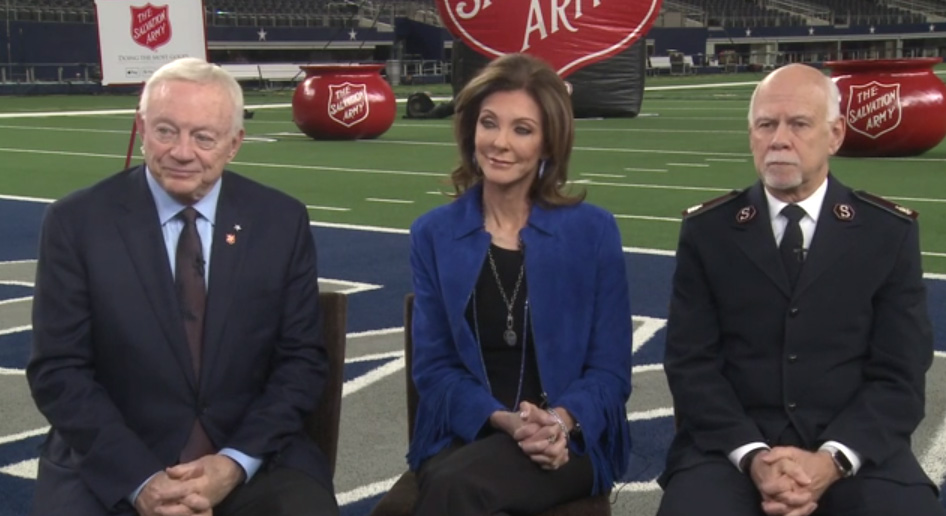 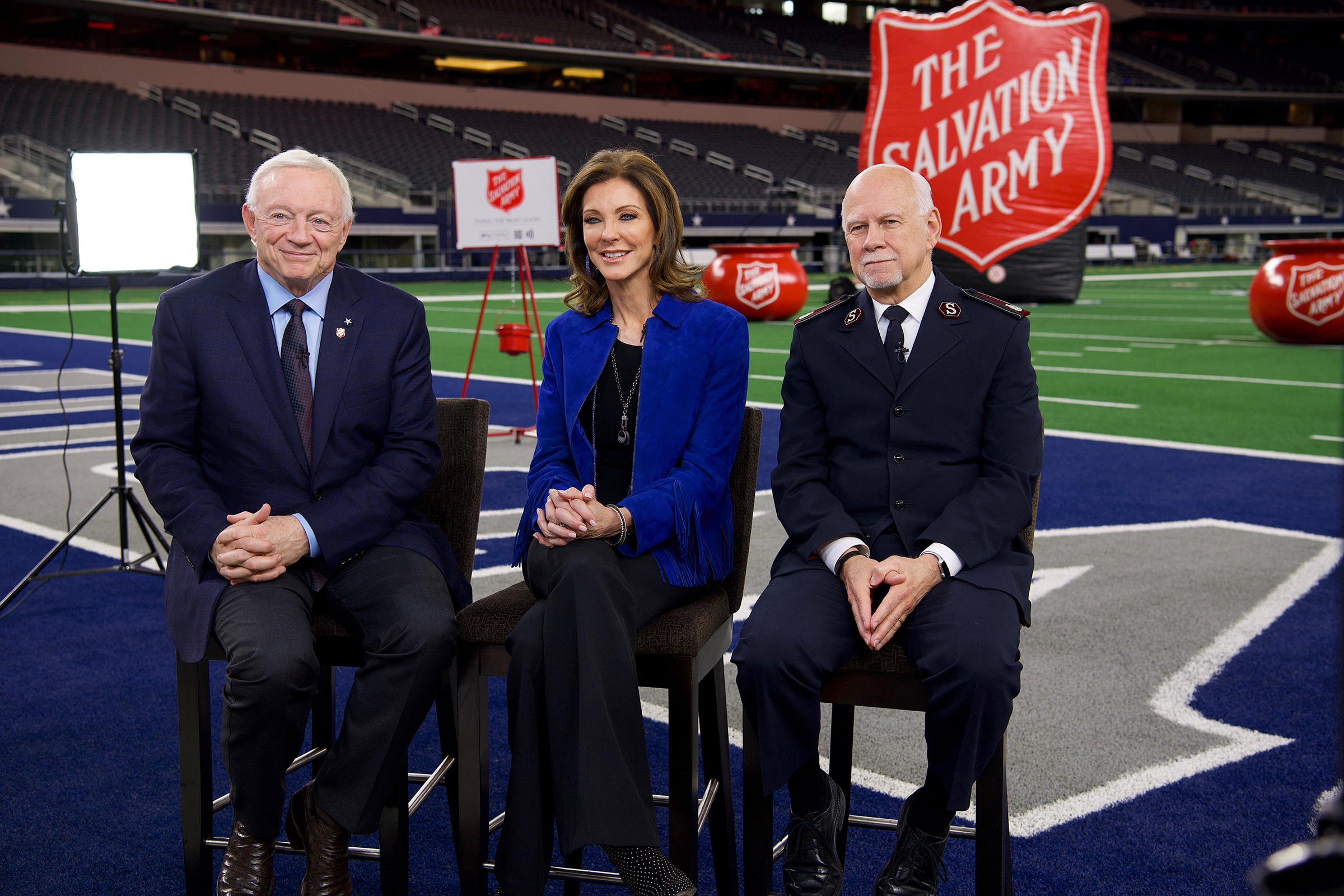 The Red Kettle Kickoff begins an exciting and crucial fundraising holiday season for The Salvation Army. Because the 2019 Thanksgiving holiday falls later in the season, this year's holiday season will be six days shorter than last year's. Fewer fundraising days mean the potential for a shortfall in total contributions, making early awareness and momentum all the more critical. With a mission to meet human need wherever it exists, without discrimination, The Salvation Army seeks to combat hunger, homelessness and hopelessness for anyone they can serve, regardless of sexual identity or orientation, gender, beliefs or any other factor.

"Fight for Good" serves as the official theme of the 2019 Red Kettle Campaign. It acts as a call to action, encouraging supporters to join the Fight for Good with donations in red kettles and online and imploring them to consider making recurring monthly contributions for significant, sustained impact.

"We've had the honor of hosting this kickoff for 23 years now, and each year, we are humbled to know the great impact The Salvation Army will make in the lives of millions of Americans throughout the year," said Charlotte Jones, executive vice president and chief brand officer for the Cowboys and former national advisory board chairperson for The Salvation Army.

The Red Kettle Campaign officially begins with Grammy Award-nominated and multiplatinum singer-songwriter Ellie Goulding's high-energy performance and the ceremonial red kettle donation from the Gene and Jerry Jones family. To highlight this year's addition of the option to use Apple Pay or Google Pay at participating red kettles nationwide, the Jones will bump their smart phones to make a contribution during the traditional "coin drop."

Since teaming up in 1997, The Salvation Army and the Cowboys have collaborated to raise nearly $2.5 billion for the Red Kettle Campaign, which provides America's most vulnerable with food, shelter and other support throughout the year.

General Brian Peddle, international leader of The Salvation Army, will be in attendance for the first time. He'll be visiting Dallas from the organization's global headquarters in London as part of a firsthand look at programs and services in the U. S. funded by the Red Kettle Campaign, which is one of the oldest and largest charitable initiatives in the world.

"Thanks to the support of The Salvation Army International Headquarters, the Dallas Cowboys, Ellie Goulding and those joining us in the Fight for Good, today we are able to shine a light on the crucial issues facing our neighbors most in need," said Lt. Col. Ward Matthews, national spokesperson for The Salvation Army. "It is our mission to fight all year long for the nearly 40 million Americans in poverty."

To donate to the 129th Red Kettle Campaign:

The Salvation Army is also giving donors a new way to join the Fight for Good at the red kettle. Simply use Apple Pay or Google Pay at participating red kettles to digitally and seamlessly help families in need fight everyday battles all year long.

There are many other ways to get involved this year:

For more ways to volunteer and give back, and to find a local corps, visit SalvationArmyUSA.org.

From humble beginnings in 1891 as a Salvation Army captain's start-up program in San Francisco, the Red Kettle Campaign has grown into one of the most recognizable and important charitable campaigns in the United States. It provides toys for kids, coats for the homeless, food for the hungry and countless social service programs year-round. As part of the campaign, more than 25,000 Salvation Army volunteers throughout the country ring bells and solicit donations to the red kettles.

To learn more about the Red Kettle Campaign or to make a difference in the lives of those in your community, visit SalvationArmyUSA.org.

About The Salvation ArmyThe Salvation Army annually helps nearly 23 million Americans overcome poverty, addiction and economic hardships through a range of social services. By providing food for the hungry, emergency relief for disaster survivors, rehabilitation for those suffering from drug and alcohol abuse, and clothing and shelter for people in need, The Salvation Army is doing the most good at 7,600 centers of operation around the country. In the first-ever listing of "America's Favorite Charities" by The Chronicle of Philanthropy, The Salvation Army ranked as the country's largest privately funded, direct-service nonprofit. For more information, visit SalvationArmyUSA.org. Follow us on Twitter: @SalvationArmyUS and #DoingTheMostGood

About Gene and Jerry Jones Family FoundationIn the area of community service, the mission of the Dallas Cowboys and the Jones Family Foundation is built on a philosophy of helping those who don't have the strength, the resources or the means to help themselves, with a primary focus on a partnership with The Salvation Army. With the Cowboys having enjoyed immense and unprecedented success, the Jones family feels a strong obligation to take the visibility, energy and celebrity of one of the world's most powerful sports franchises and channel those dynamic forces toward the bigger purpose of making a difference. Recognized as one of the world's most generous families, the Joneses enlist the talents, skills and resources of Cowboys players, coaches and cheerleaders – and every member of the organization – to provide a unique and cutting-edge approach to community outreach. More information about the Cowboys and the Gene and Jerry Jones Family Foundation can be found at DallasCowboys.com.

About Ellie Goulding Gearing up for the release of a new studio album next year, multiplatinum singer and songwriter Ellie Goulding first emerged with her debut album, Lights, in 2010 and quickly became an international superstar. An Interscope recording artist, Goulding cemented her rising status as one of the most prominent artists in popular music by receiving two Grammy Award nominations, a Golden Globe nomination, two BRIT Awards, sales of 15 million albums and more than 112 million singles, and 13 billion streams worldwide. Ellie's recent YouTube Diamond Award marked 10 million subscribers to her YouTube channel, which has amassed over 5 billion views globally, with "Love Me Like You Do" among the top 40 most-viewed videos on YouTube. (Goulding has two videos in YouTube's Billion Views Club.) Her latest single, "Hate Me," with Juice WRLD, was just certified gold, following her smash-hit single "Close To Me," featuring Diplo and Swae Lee, which hit #1 at Hot AC and #2 at Top 40 radio. Ellie has also performed by invitation for President Obama, the British royal family and Nobel Peace Prize Laureates. Goulding is a social activist and philanthropist – she works with the UN as a Global Goodwill Ambassador – and is involved in a number of other philanthropic ventures, including being a patron of the Marylebone Project and fundraising for Streets of London. 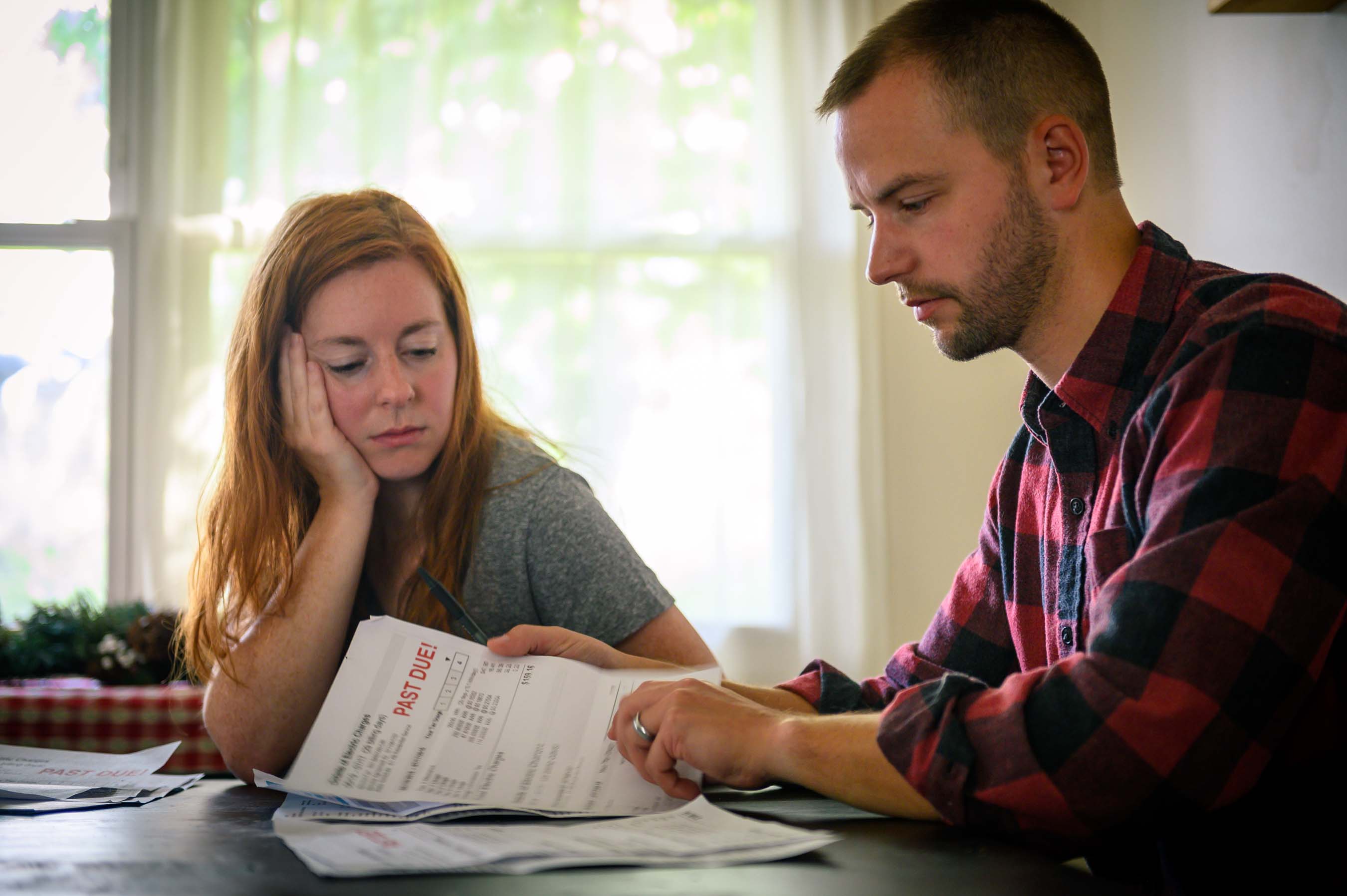 The Salvation Army continues to help ensure Hope Marches On for...

The Salvation Army Urges Donations In Countdown To Christmas...