JINAN, China, July 2, 2020 /PRNewswire/ -- On the morning of June 30, the CPC Shandong Provincial Committee and Shandong Provincial People's Government held the Second Conference of Great Business Partners and International Summit on Innovation and Development for Youth Entrepreneurs in the province's capital city of Jinan. Themed "Seizing the New Opportunities, Sharing the New Development", the conference gathered more than 7,000 leading entrepreneurs, innovators and celebrities from 20 countries and regions, who joined the event via an online platform to collectively discuss Confucian principles as well as development plans to drive the high-quality development of the province.

Provincial Party Secretary Liu Jiayi attended the conference and chatted online with the chairman of Hong Kong's Shimao Properties, Xu Rongmao, and the chairman and managing director of Macao's Xinbaijia (Hengqin) Development, Ma Zhiyi. They welcomed entrepreneurs from mainland China, Hong Kong, Macau and abroad, to invest in Shandong, and to collaborate in achieving mutual benefits and win-win results. Mr. Xu and Mr. Ma both expressed their strong desire to deepen cooperation with the province, and, with a look to the future, to further expand the fruitful cooperation.

Li Ganjie, Deputy Party Secretary and Acting Governor of Shandong said in his speech that Shandong promotes epidemic prevention and control in conjunction with economic and social development, all the while continuing the effort to fight the three major battles alongside the implementation of eight key development strategies, the initiation of nine major reform and key actions as well as the ongoing support for the expansion of the province's top ten leading modern industrial clusters and initiation of the development of new industries with unlimited opportunities. The province has an unprecedented opportunity to accelerate investment as it implements the policy of "ensuring stability on six fronts", in a move to ensure stability in employment, finance, foreign trade, foreign investment, domestic investment and people's expectations, as well as the policy of "security in the six areas", those areas being people's livelihoods, the development of market entities, food and energy security, the stable operation of industrial and supply chains, and the smooth functioning of society, while taking the steps necessary to avoid a resurgence of the epidemic. The opportunities to build a joint platform are unprecedented as the province comprehensively deepens reform and promotes the next stage of opening-up in service to and in full compliance with the national strategy, while carrying out the construction of the Comprehensive Experimental Zone for New and Old Kinetic Energy Conversion, the China (Shandong) free trade experimental area, and the demonstration zone for economic and trade cooperation between China and the Shanghai Cooperation Organization (SCO) countries. Furthermore, the province is fully optimizing the business environment, with more emphasis on realistic and pragmatic approaches, administration by law, efficiency and convenience, with the goal of creating a sound political, social, market and natural environment. As a result, the opportunities for deep cooperation are also unprecedented. With Shandong's next stage in terms of opportunities just around the corner, the province emphasizes the fact that it is the right time to choose the province as the next location for your investment. It is with the utmost sincerity that we invite entrepreneurs from both within China as well as abroad to visit the province to look for opportunities and engage in business negotiations. We will provide a first-class service and first-class environment, so that entrepreneurs can genuinely feel the quality and enthusiasm of "hospitable Shandong".

SOURCE Information Office of the People's Government of Shandong Province 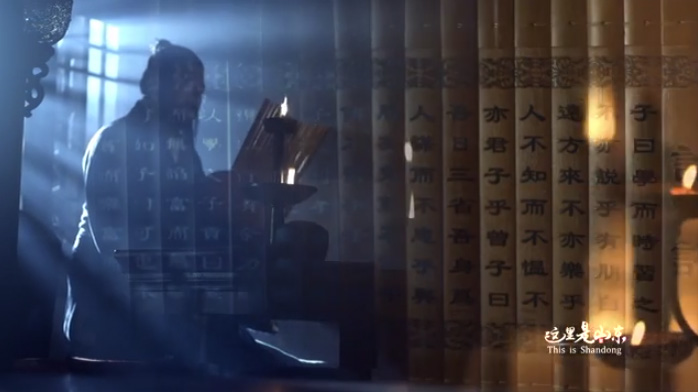