NEW YORK, Oct. 17, 2019 /PRNewswire/ -- The Women's Sports Foundation (WSF)—the ally, advocate and catalyst for tomorrow's leaders — this evening celebrated the biggest night in women's sports at its 40th Annual Salute to Women in Sports Awards gala at Cipriani Wall Street in New York City presented by Chevrolet, espnW, Gatorade, NBC Sports Group and Visa. Every year this event honors the power of game-changing athletes and inspirational leaders in sports and life, who all collectively serve as role models to young girls and future generations. This evening's event also featured a tribute to the U.S. Women's National Soccer Team (USWNT) presented with Visa, and an unveiling of the new WSF brand and call to action, #KeepPlaying. 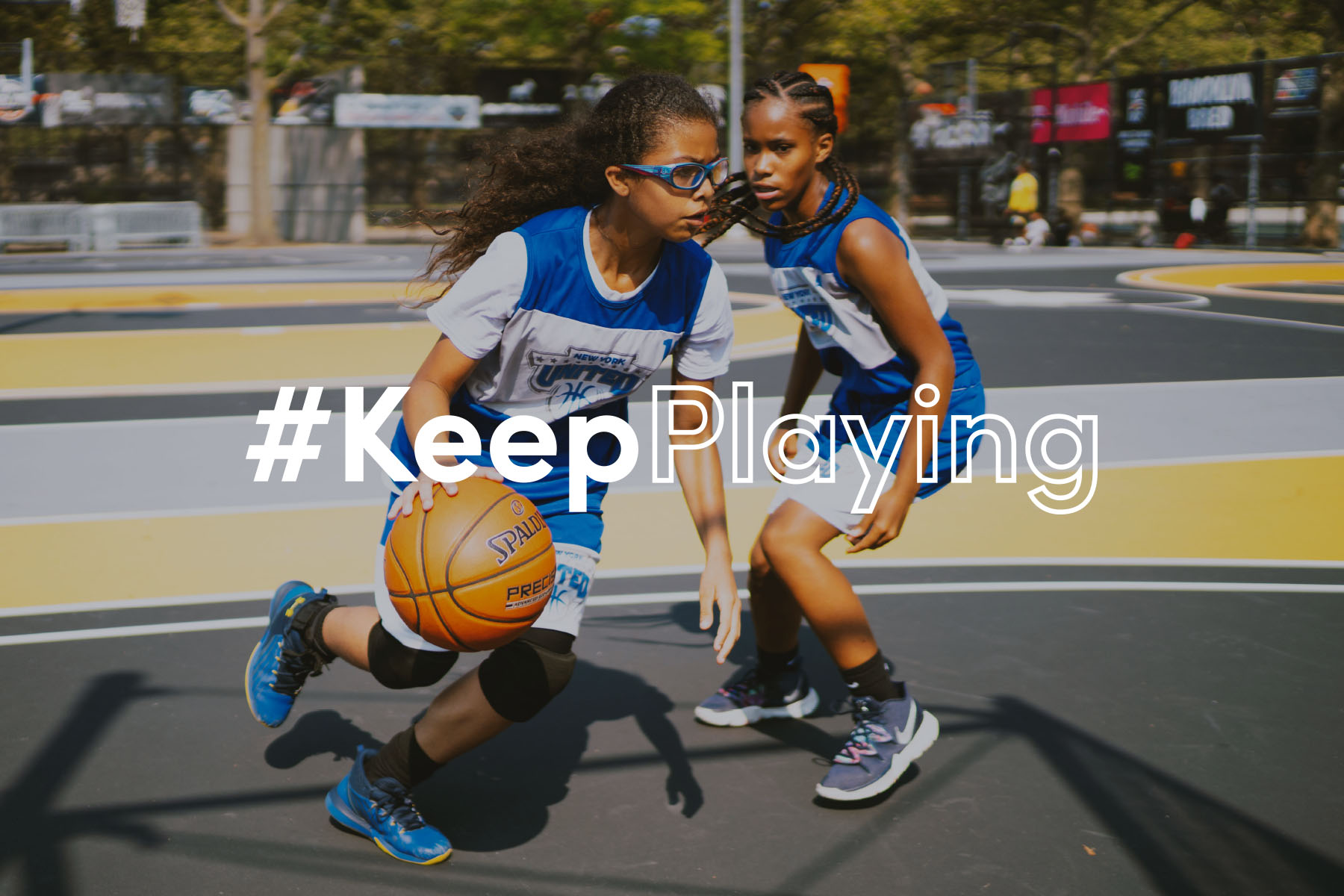 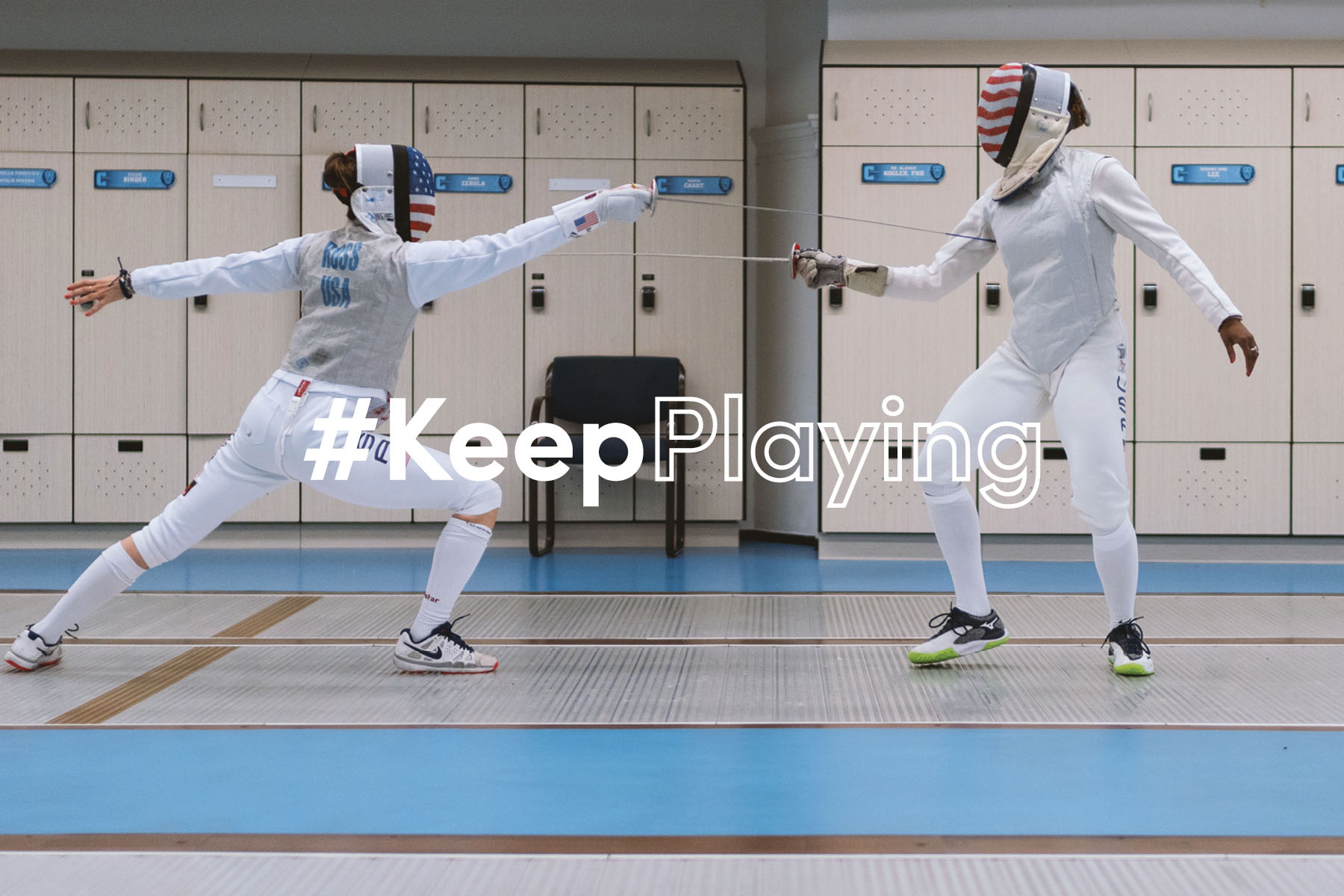 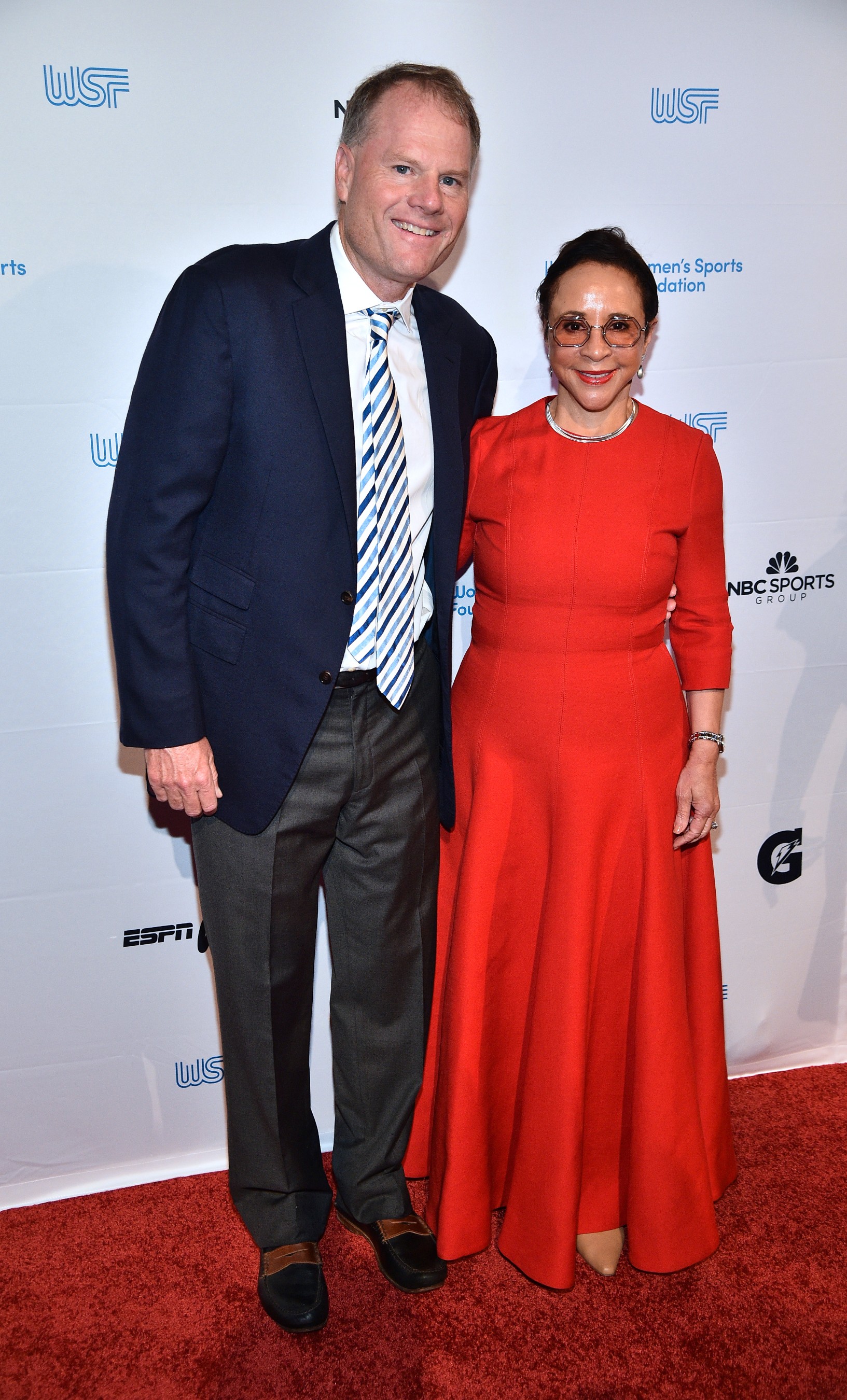 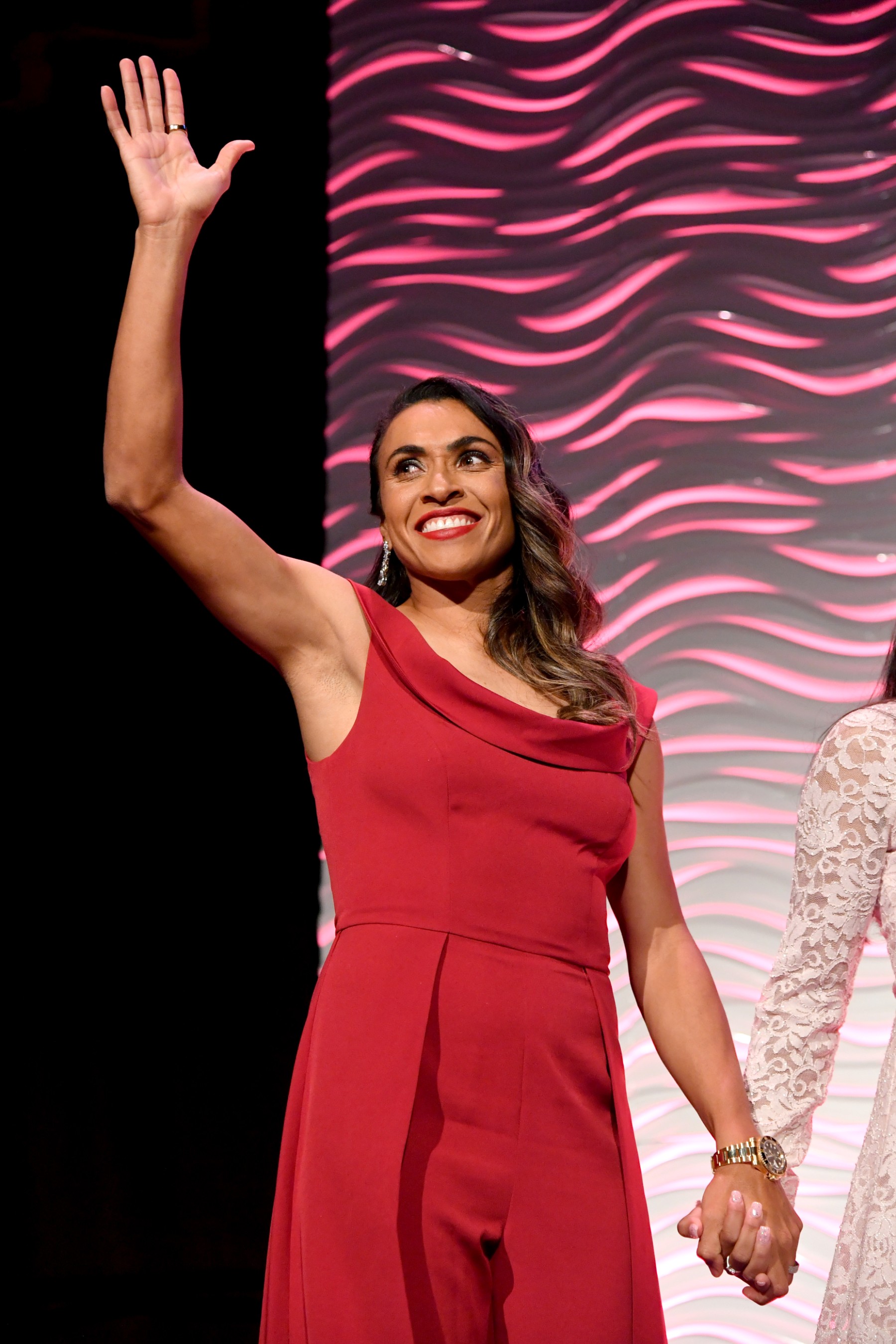 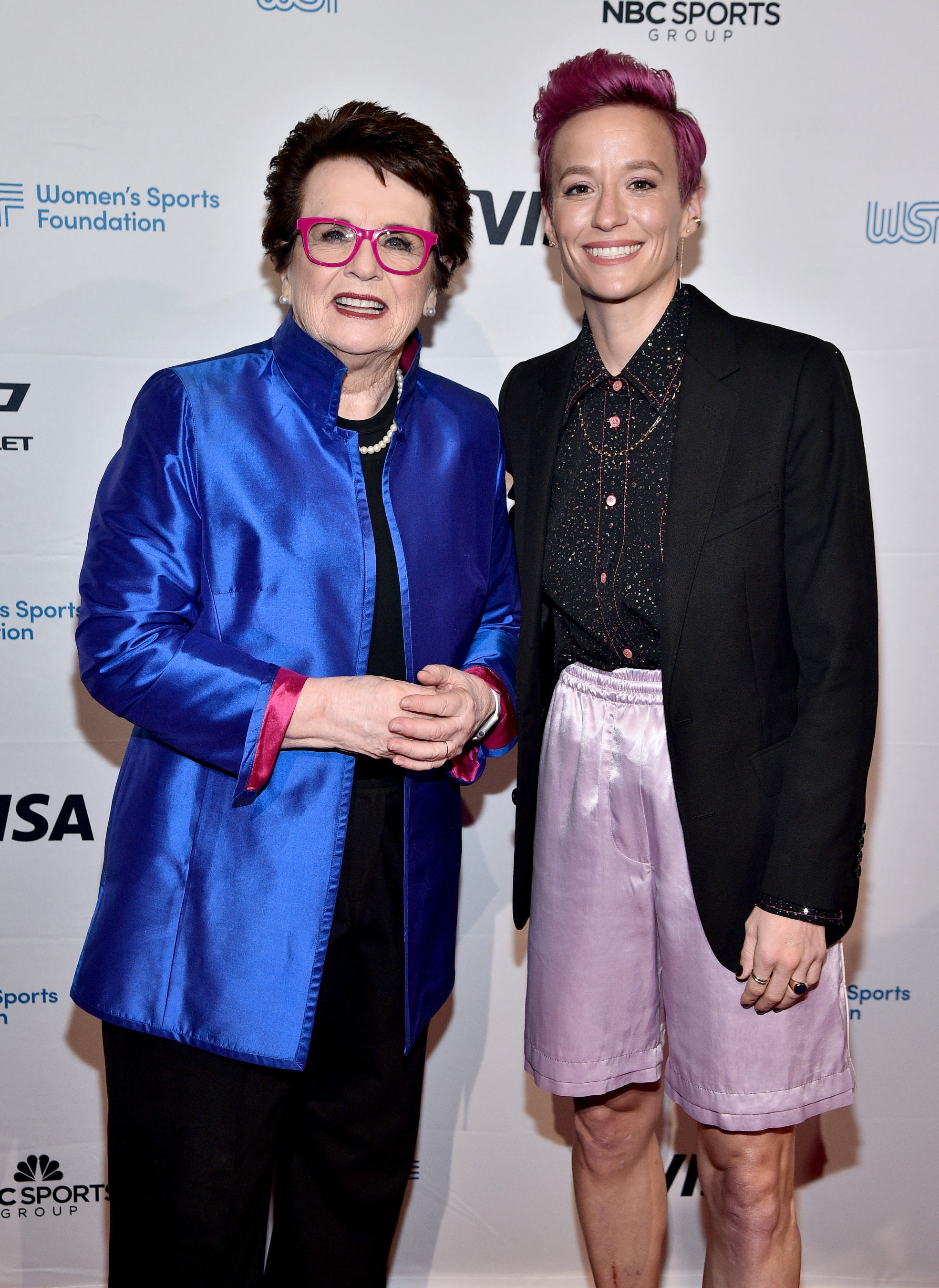 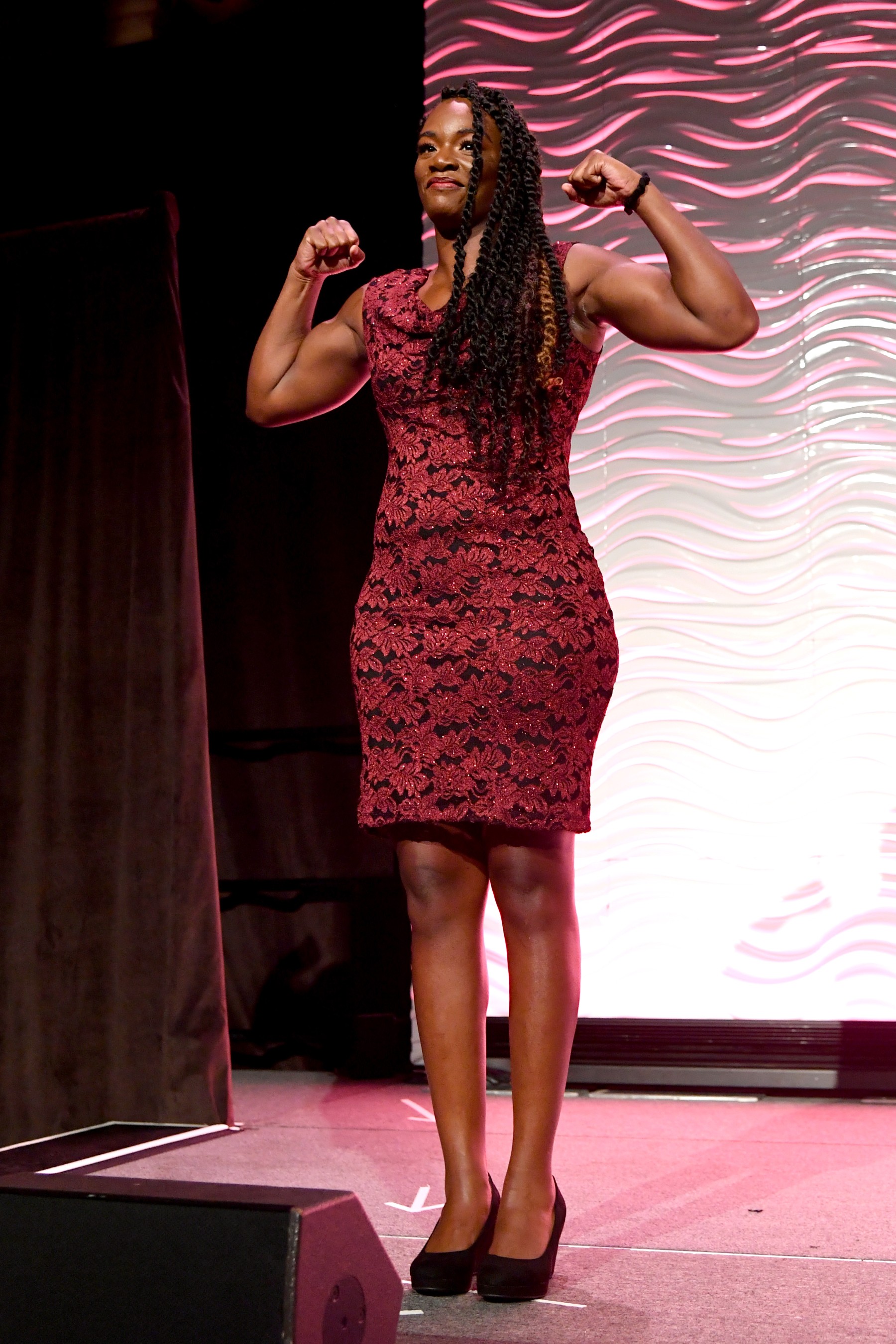 The coveted awards and their recipients included:

Sportswoman of the Year Award - presented to an athlete (in both individual sport and team sport) who exhibited supreme athletic performance over the last 12 months.

Wilma Rudolph Courage Award presented with the Richard and Pamela Ader Foundation - presented to a female athlete or a team who exhibits extraordinary courage in their athletic performance, demonstrates the ability to overcome adversity, makes significant contributions to sports and serves as a role model.

Champion for Equality Award presented with TrailRunner International - this new award acknowledges an individual or organization that shows unwavering commitment to gender equality and to the advancement of women and girls in sports.

The event also featured a tribute to the U.S. Women's National Team presented with Visa, a proud partner of the USWNT, in recognition of the team's historic run up through and ultimate win of the FIFA Women's World Cup France 2019™. Megan Rapinoe, the team's co-captain and Team Visa athlete, surrounded by a group of girls from local soccer club America SCORES New York, was one of many highlights of the evening.

Further, WSF unveiled its new brand, celebrating the organization's legacy of affecting change and their continued dedication to championing access, equality and equity in girls' and women's sports. The Foundation's research has shown time and again that playing sports has many tremendous life-long benefits including: physical health and wellness, mastery of skills and capability leading to confidence and self-assuredness, as well as learning the value of dedication, teamwork and goal-setting which are strong hallmarks of leadership.

"For more than four decades the Women's Sports Foundation has been at the forefront of championing the causes of women's sports and advocating, and recognizing, programs and people that are working to provide women and girls equal access to all sports," said Billie Jean King, WSF Founder. "Tonight we celebrate a new group of champions and leaders, and they represent a growing groundswell of support for gender equity that is taking place globally. I'm inspired by the courageous female athletes in this room and around the world who join our Foundation in heralding the power of women's sports and its impact on future generations."

NBC Sports' Olympic correspondent Mary Carillo emceed the event. The Grand March of Athletes, co-hosted by ESPN commentator and two-time FIFA Women's World Cup champion and Olympic gold medalist, Julie Foudy, and NBC Sports analyst and U.S. Player of the Decade and World Rugby Hall of Famer, Phaidra Knight, kicked off the evening by honoring the achievements of more than 50 World Champions, Olympians and Paralympians representing an array of sports, abilities, and backgrounds.

Elana Meyers Taylor, WSF President and three-time Olympic medalist bobsledder, took the stage along with WSF President-elect and three-time Paralympic gold medalist in wheelchair basketball and alpine skiing, Alana Nichols. Meyers Taylor shared with the attendees that proceeds from the event will benefit the Women's Sports Foundation's programs to strengthen and expand access and opportunities for all girls and women in all sports.

"Sports offer young girls and women numerous benefits they can carry with them throughout their life – I am living proof," said Meyers Taylor. "As the recipient of the Women's Sports Foundation Travel & Training grant that allowed me to follow my dreams, I know first-hand the impact of the Foundation's programs, research and advocacy. I feel privileged to serve this term as Foundation president and fortunate that we are able to come together every October at our Annual Salute to celebrate our leadership in breaking down barriers to access and equity for all."

About the Award recipients Individual Sportswoman of the Year: Claressa Shields, Boxing, USA At 24-years-old, Claressa Shields has established herself as a dominant force and boxing champion. Born in Flint, Michigan, Shields overcame enormous odds and a tumultuous childhood, working hard and never giving up on herself. She credits her father for inspiring her to try the sport, although when he first heard her plans he told her that boxing, "is a man's sport." In spite of his initial reservations he now considers the training fee he paid to start Shields' boxing career—after his wife and her three kids outvoted him—as "the best $60 I ever spent."

Despite Shields' young age, she has achieved immense career success. She is the only American boxer to defend an Olympic title, winning gold medals in London and Rio. She is also one of only seven boxers, male or female, to hold all four major world titles simultaneously (WBA, WBC, IBF, and WBO). She is currently the undisputed middleweight champion and was named the Boxing Writers Association of America's Female Fighter of the Year last year.

Team Sportswoman of the Year: Megan Rapinoe, Soccer, USA  Megan Rapinoe, forward for the U.S Women's National Soccer Team and Seattle's Reign FC, is as well known for her stellar play and ability to deliver in big moments as she is for her outspoken advocacy. Using her platform to fight for social justice and equality for various minority groups, she has made a lasting impression on soccer and society. With a fearless attitude, poise and unmatched skill, Rapinoe inspires on and off the field.

Rapinoe joined the USWNT in time for the 2011 Women's World Cup where she famously crossed the ball to Abby Wambach for a goal in double overtime that saved her team from elimination in the quarterfinals. Since then she has been an integral and irreplaceable member of the lineup, helping the U.S. win the gold medal in the 2012 Olympics, and the World Cup in 2015 and 2019. As co-captain of the 2019 history-making squad, Rapinoe confidently led her team to victory despite frequent criticism and scrutiny. She won the Golden Ball for best player, the Golden Boot for most goals in the tournament and was recently named FIFA's player of the year.

Wilma Rudolph Courage Award: Marta Vieira da Silva, Soccer, Brazil Marta Vieira da Silva (Marta) is a strong, passionate and unwavering advocate. Widely considered the greatest women's soccer player of all time, she has been a courageous champion for female equality in sports and in life throughout her career.

Marta always wanted to play soccer. Born in 1986, she grew up at a time when the law allowing women to play soccer in Brazil first took effect, making her one of the first to challenge stereotypes in an environment unfriendly to women athletes. After her hometown all-boys team taunted her and banned her from joining them, she left to follow her dream and at 16 began playing internationally with the Brazil U19 World Cup team. She has since played in five World Cups and four Olympic Games; winning the Golden Boot, two Olympic medals, three MVP honors and six Player of the Year titles. At the 2019 World Cup Marta scored her 17th World Cup goal, giving her the record for most World Cup goals of all time, male or female. She strongly supports female representation and equality of treatment in sport, and challenges girls to keep her legacy alive by also serving as a UN Women Goodwill Ambassador for the empowerment of women and girls globally through sports as a UN Sustainable Development Goals advocate.

Billie Jean King Leadership Award: Sheila C. Johnson Sheila C. Johnson is a born leader whose accomplishments span the arts, entertainment, sports and hospitality industries. She is the founder and CEO of Salamander Hotels & Resorts and co-founder of Black Entertainment Television (BET). As the Vice Chairman of Monumental Sports & Entertainment, Johnson is also the only African-American woman with primary shareholder stakes in three professional sports teams, the Washington Wizards, Capitals and Mystics of which she is also President and Managing Partner.

Johnson received her bachelor's degree in music from the University of Illinois, becoming a music teacher and founding a youth orchestra. She embodies the passion and dedication of a true leader by inspiring others in her professional and personal life. In addition to her numerous entrepreneurial accomplishments, she currently serves on the Board of Governors for Parsons School of Design, and has served as a member of the leadership council at Harvard Kennedy School's Center for Public Leadership (CPL), the Executive Committee of the U.S Golf Association, and was a global ambassador for CARE, an aid organization fighting global poverty by empowering women.

Champion for Equality Award: John Burke  John Burke inspires others to embrace and promote diversity and inclusion. As an ally and advocate for equality, Burke, President of Trek Bicycle, works hard to meet female cyclists' unique needs. He joined his father's business in 1984, taking over his current role in 1997.

In 2000, Trek became the first major bike manufacturer to develop women's specific designs and accompanying educational programs to increase female participation in cycling. In 2017, John demonstrated steadfast dedication to gender parity, announcing Trek would be the first organizer of a cyclocross World Cup to offer equal winner payout to men and women. The UCI would eventually follow Trek's lead by mandating that by 2021, equal prize money would be standard at all cyclocross World Cup races. He established a women's cycling team, the Trek Segafredo Women's team, which competes in the UCI Women's WorldTour. The 14 members receive equal support, staffing and equipment to the men. Trek also champions equity in the workplace, encouraging retailers to hire more women and offering training program scholarships specifically for women. In 2016, the company formed the Women's Advocate program of 80 global members who work to strengthen female ridership opportunities in their hometowns.

For more information about our 2019 Salute to Women in Sports award recipients, go to: https://www.womenssportsfoundation.org/what-we-do/awards/