WASHINGTON, Dec. 19, 2020 /PRNewswire/ -- Thousands from around the world will convene in an online rally organized by Right To Believe to call out gross judicial overreach by the DC Courts and denounce the way the DC Court has handled Case 2011 CA 003721 B.

"We are rallying today because we are outraged by a recent decision in the Washington, DC Superior Court," said Howard Self, President of Right To Believe. "In this now 9 plus years old case, Judge Jennifer Anderson ignored all religious freedom rights of the defendants, going against both the First Amendment and the DC written law by stepping in to alter the very structure of a religious non-profit's board of directors. This faulty decision, if allowed to stand, would present an alarming legal precedent that would be a threat to all religious and non-profit organizations in the nation…  [T]his court is in effect, being misused by one religion to intimidate and diminish another."

The case before the DC Superior Court involves protracted disputes within the Unification Movement founded by the late Reverend Sun Myung Moon.  The case was initially and properly dismissed on First Amendment grounds because it clearly involved religious disputes in which courts cannot intervene. This complex and extremely costly case has been extended by subsequent rulings for more than nine years.

The First Amendment of the U.S Constitution prohibits the courts from interfering in disputes about the teachings and leadership of religious groups.  Yet that is precisely what the DC Court has done in this case.  As evident in both summary judgement and remedies rulings, the DC Superior Court disregarded voluminous clear evidence of an emerging religious movement wrestling with issues of succession and doctrine.  It decided that it could sidestep First Amendment prohibitions and evaluate the religious purposes of UCI, a DC non-profit corporation established to advance the principles and work of the Unification movement. In doing so, the Court in effect took sides in a religious schism.

JinTae Choi, President of Right To Believe Korea, shared about the emergence of the schism and what leaders of the Unification Movement faced as they watched a new religion, opposite of the late Rev. Moon's teachings and traditions emerged. "After Rev. Moon's passing... Mrs. Hak Ja Han developed the Only-begotten Daughter doctrine and has continued to create her own strange religion. [Family Federation's] name of the denomination has been changed to "Heavenly Parent Holy Community". Almost everything Rev. Moon left behind was changed."

"Leaders and members who challenged the problems that they found in Family Federation were excommunicated, ostracized and blacklisted, making it extremely difficult for others to speak out publicly. Family Fed congregants were warned to not interact with the members of Dr. Hyun Jin Moon's faith group. Young people were threatened that they would not be allowed to receive the marriage blessing, and in the worst cases, couples were urged to separate from their spouses if they did not align with Family Federation" Howard explained.

Bishop Paul Murray, President, Commission on Religious Liberty and Human Dignity of One Way Churches International, joined the rally and called on other faith leaders to also join in solidarity to protect religious freedom. "This is a freedom guaranteed under our constitution.  We must see the challenges before us as government and judicial overreach is blatantly stripping away our basic freedoms… Even our United States Supreme Court Justice Samuel Alito in a recent speech announced grave warnings about the threats to our religious liberties. Justice Alito further stated that the restrictions placed on people of faith blatantly discriminated against houses of worship. And as a result, he believes religious liberty is now in danger of becoming a second-class right."

The Online Rally will take place Saturday, December 19, 9:00 AM Washington DC on the Right To Believe Facebook and YouTube.

Right To Believe is a not-for-profit organization based in the United States. Its mission is to uphold the fundamental rights of religious freedom for all. We represent tens of thousands of individuals and organizations who are fighting to protect the right to believe in one's religion without undue governmental interference. 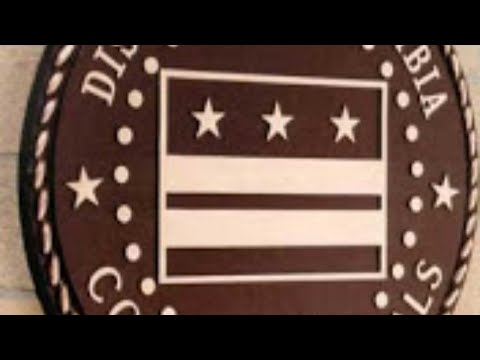