The collaboration brings together three prominent Michigan health care systems in a major economic investment in the state's largest city and represents the latest health care development in the ongoing revitalization of the Northwest Goldberg neighborhood north of I-94 and west of the Lodge Freeway. 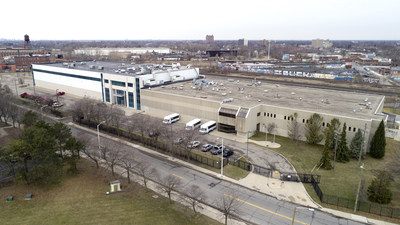 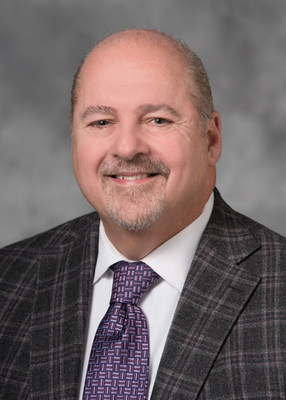 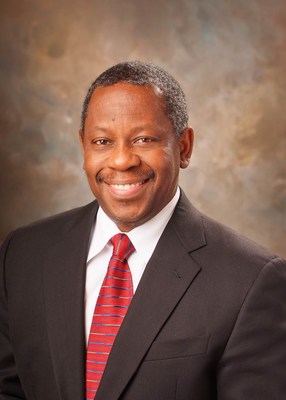 The laundry service facility will be owned and operated by the Metropolitan Detroit Area Hospital Services (MDAHS), a Michigan nonprofit corporation. The MDAHS was founded by four hospitals in the early 1970s including St. Joseph Mercy Ann Arbor hospital. In the 1980s Henry Ford joined MDAHS, which later grew to include other Saint Joseph Mercy Health System hospitals. It now expands further to include Michigan Medicine, whose Board of Regents approved the move in February.

When operational in the spring 2020, the new eco-friendly facility will have the capacity to service 78 million pounds of health care linens every year for the health systems combined. Each health system is expected to achieve significant savings from more efficient operations.

The facility will house about 180 employees, with more than 100 to be new hires. All positions will pay competitive wages, with health care and retirement benefits.

Once completed, the facility will be one of the largest shared medical laundry facilities in square footage in the country. It will also achieve the highest standards in infection prevention and control practices during cleaning.

"This is a win-win for Henry Ford, Michigan Medicine and St. Joe's, the city of Detroit and state of Michigan," says Bob Riney, Henry Ford's president of Healthcare Operations and chief operating officer. "By sharing a centralized laundry service, our partnership demonstrates how health care institutions can work together to achieve efficiencies and spur economic renewal. We're committed to doing our part to continue to reinvest in Detroit and the communities we serve throughout southeast Michigan."

The development was made possible by Henry Ford acquiring the longtime vacant 10-acre industrial property at 1150 Elijah McCoy Drive in 2017.

For nearly four decades, Henry Ford and St. Joe's, a member of Trinity Health headquartered in Livonia, Mich., have jointly owned MDAHS, which has operated its shared laundry facility on Oakman Boulevard on Detroit's west side. Aging equipment and infrastructure and limited capacity have rendered the facility no longer sustainable for future use.

Ann Arbor-based Michigan Medicine's University of Michigan Health System faced a similar plight with its own laundry facility on Hubbard Road, which turns 50 this year. Upgrading or building a new facility was estimated to cost up to $22 million.

Discussions for a new shared laundry service facility began in 2016, with a commitment to keeping the new facility in Detroit.

"Reliable laundry production is essential to providing excellent patient care. Our current facility processes nearly 11 million pounds of laundry each year, and we expect that to grow," says Tony Denton, senior vice president and chief operating officer of the U-M Health System for Michigan Medicine. "This new facility allows us a cost-effective way of preserving quality laundry services that are key to our patient experience."

Construction on the 105,000-square-foot shared laundry facility, which expands the building's current footprint, is scheduled to begin this spring. The laundry facility will occupy about 40 percent of the property, with Henry Ford retaining ownership of the balance for future use. It will operate free of government subsidies.

To finance construction of the facility, MDAHS has issued bonds in the aggregate principal amount of $48 million.

The new facility – complete with automated technology – will incorporate sustainable initiatives in its design including recycled materials and cleaning with environmentally friendly products. The selection of high efficiency equipment will greatly reduce utility consumption and emissions. A waste water heat reclamation system will be used to reduce natural gas consumption. The technology works by capturing the heat from waste water and using it to preheat fresh water during the washing process.

"This kind of collaboration among health systems is a great example of how sharing services can reduce the cost of health care while improving the patient experience with high quality service," says Rob Casalou, president and chief executive officer, Trinity Health Michigan Region. "We are excited to build one of the largest shared health care laundry facilities in the country here in Detroit, together with our fellow health systems."

The 70 employees working at the current MDAHS laundry facility will be relocated to the new facility.

The new facility is housed in an area bustling with development in recent years. In 2015, Cardinal Health opened a new distribution plant on Rosa Parks Boulevard that services local health care systems. In 2020, the Henry Ford Cancer Institute will open its new cancer facility.