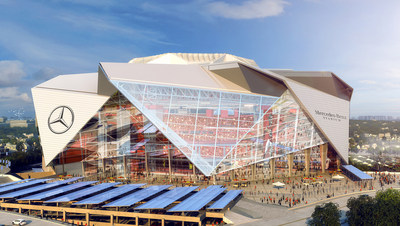 Under the agreement, AMBS&E, will use Ticketmaster to list tickets and provide fans with an official resale marketplace to buy and sell verified tickets in a safe environment. Ticketmaster's marketing scale and extensive list of distribution partners will be leveraged to identify new fans and maximize incremental ticket sales.

"We selected Ticketmaster because of their longstanding, proven track record in the ticket industry," says Tim Zulawski, chief commercial officer, AMBS&E. "They are making significant investments into both their consumer and venue platforms, improving the overall experience as well as enabling the organization to reach and protect our fans more effectively through a robust secondary marketplace."

AMBS&E's access to key marketing and performance data through Ticketmaster's platform was an important factor in the partnership. The use of Ticketmaster's data enhancing service, LiveAnalytics, will also help to better understand and strengthen engagement with season ticket members and single-game fans.

Ticketmaster's most advanced technologies are being integrated into the world-class Mercedes-Benz Stadium to help create a more personalized in-venue experience for fans as the venue gears up to become the official home to both teams and host other major sports and entertainment events, including the NCAA Men's Final Four in 2020.

"Mercedes-Benz Stadium will be one of the most advanced sports and entertainment venues in the world and is providing a dynamic step forward for major stadiums," Jared Smith, president of Ticketmaster North America, said. "We are thrilled to be a part of Atlanta's history-in-the-making, and proud that Ticketmaster's technology will help the Atlanta Falcons and Atlanta United better understand and connect with their fans."

About TicketmasterTicketmaster is the global market leader in live event ticketing, digital marketing, and mobile fan engagement tools that drive over 480 million ticket transactions per year. Through exclusive partnerships with thousands of venues, artists, sports leagues, and arts and theater tours, Ticketmaster delivers unparalleled access to the most iconic live events to millions of fans worldwide. Ticketmaster is a division of Live Nation Entertainment, the world's leading live entertainment company.

About Mercedes-Benz Stadium Upon its completion in 2017, Mercedes-Benz Stadium will be a world-class sports and entertainment facility in downtown Atlanta and home to the National Football League's Atlanta Falcons and Major League Soccer's Atlanta United. The multi-purpose stadium will host major sports and entertainment events, including the Super Bowl in 2019, the NCAA Men's Final Four in 2020 and the 2018 College Football Playoff Championship game. Mercedes-Benz Stadium is proud to be collaborating with ten founding partners, which include Coca-Cola, Equifax, The Home Depot, NCR, Novelis, SCANA Energy, SunTrust, IBM, Georgia Power and American Family Insurance.