CINCINNATI, July 30, 2020 /PRNewswire/ -- The "good" bacteria living in our guts do much more than help us digest food and build up our immune systems, some bacteria also play a vital role in helping heal damaged intestinal tissues, according to a surprising study published online July 30, 2020, in the journal Nature. 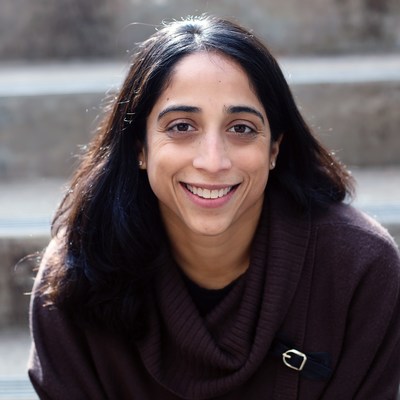 Most immediately, these findings suggest different bacteria are sensed by the intestine and can help repair tissue damage among people suffering from inflammatory bowel diseases such as Crohn's disease and ulcerative colitis. Longer term, the study opens doors to a wide range of potential ways to improve health by controlling the balance of bacteria living inside us and the products these bacteria make.

"We found that resident bacteria break down the diet to a substance that activates an important enzyme in the intestine," says Theresa Alenghat, VMD, PhD, a microbiota expert at Cincinnati Children's and the study's corresponding author. "This finding is surprising in part because it illustrates how sensitive our health is to constant interactions with organisms that normally live in our bodies. If we can influence these interactions, we may be able to control many diseases that are impacted by our microbiome or diet."

Alenghat has devoted years to understanding how microbes influence health and disease, and has published several important studies on the topic. She is one of two researchers at Cincinnati Children's who were named Pew Biomedical Scholars in 2015. She also has received a Pathogenesis of Infectious Disease award from the Burroughs Wellcome Fund and a Kenneth Rainin Foundation Innovator Award in 2019.

An epigenetic balance between butyrate and IP3

In this study, Alenghat worked with a team of scientists at Cincinnati Children's, including co-first authors Shu-en Wu, PhD, and Seika Hashimoto-Hill, DVM, PhD, to develop and study microbe-controlled and genetically-engineered mice to discover that a crucial healing response within the intestine is enhanced when receiving specific signals from bacteria.  If these bacterial signals are not present—be it caused by diet, use of antibiotics, or other factors—the healing does not occur.

Epigenetic proteins control whether genes are turned on or off. This study details how two opposing forces from bacteria in the gut both act on an epigenetic protein called HDAC3 in cells lining the intestine. One of those actors has been heavily studied—butyrate, a short chain fatty acid that is widely sold in pill form as a dietary supplement. Butyrate can decrease the activity of HDAC3.

The other actor's role has been less well-understood, until now. Inositol phosphate 3 (IP3) is a metabolite that the authors describe as generated when bacteria in the intestine break down phytates common in soybeans, nuts and other foods.

Both substances play multiple roles in our bodies, Alenghat says. But in the intestine, butyrate tends to tamp down HDAC3 activity while interestingly IP3 boosts it.

Scientists have detected a number of yin-yang forces at work within our cells, but the twist in this case is that IP3 can come from bacteria, not just our own cells. For this study, IP3 was produced by a commensal strain of E. coli, but other commensal bacteria can also generate IP3.

By manipulating the phytate or IP3 levels in mice that had human-like intestinal damage and inflammation, the research team found that IP3 specifically helped damaged tissue heal. When there was not enough IP3, HDAC3 activity and tissue recovery were both impaired.

"Obviously more work needs to be done to understand these dynamics," says Alenghat. "But it is clear that we have evolved with microbes in a way that allows their products to impact our gut health by fine tuning a key epigenetic regulator."

Use of Organoids Brings Findings Closer to Care

Then the team took a major step that pushed their findings beyond mouse research.

In lab conditions, the team used cells collected from patients with IBD to grow functional mini-versions of their intestines called colonoids. By having a functioning biological system to study—rather than a loose collection of human cells in a dish—the team was able to demonstrate that the intestinal growth observed in the mice also occurs in human tissue.

Cincinnati Children's has long been a leader in successfully producing and utilizing organoids to investigate scientific questions and relevance on human tissue.  This study is a powerful example of how organoids have become important tools for research.

"The use of intestinal colonoids was crucial. Without employing this technology, we would not have been able to directly test the effect of IP3 on cells lining the intestine. Translating our findings from mice to human tissue would also have been much more complex, and ultimately harder to test with confidence," Alenghat says.

It will likely require some time to have potential microbial therapies from this work ready for rigorous clinical trials. But if this line of research continues to prove successful, the results could take the concept of probiotics beyond the often-unproven world of nutrition and dietary fads into reliable medical treatments for serious conditions.

Early-Stage Study Suggests a Potential Approach to Preventing the ...