LONDON, March 2, 2020 /PRNewswire/ -- It was announced today that TOM FORD has dressed James Bond in the upcoming action adventure, No Time To Die. Produced by EON Productions, directed by Cary Joji Fukunaga, and starring Daniel Craig as the legendary secret agent 007, the film is in cinemas globally from 2 April 2020 in the U.K. This is the fourth consecutive time that Ford has dressed Daniel Craig as the iconic character of James Bond. 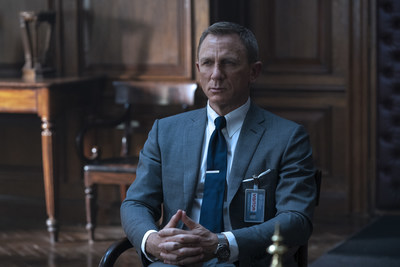 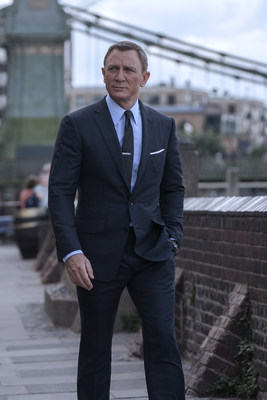 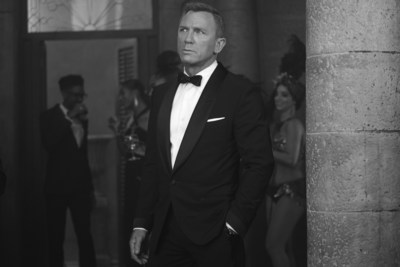 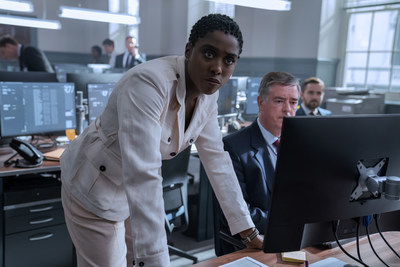 TOM FORD worked closely with Costume Designer Suttirat Anne Larlarb to provide Made-to-Measure tailored clothing and casual wear including eveningwear, suits, shirts, silk accessories and denim for the James Bond character. TOM FORD menswear is all tailor-made in Italy, and is characterized by its elegant cut, exclusive fabrics and hand-finished details. For the first time TOM FORD is also pleased to have dressed the new female character Nomi, played by Lashana Lynch, with select tailor-made jackets, tops and accessories including TOM FORD eyewear, all hand made in Italy.

Tom Ford, CEO and Creative Director of the eponymous brand, has commented: "I could not be happier to be dressing Daniel Craig as James Bond again in the upcoming film, No Time To Die. James Bond epitomizes the TOM FORD man in his elegance, style and love of luxury. It is an honor to move forward with this iconic character."

No Time To Die is in cinemas globally from 2 April 2020 in the U.K. through Universal Pictures International and in the U.S on April 10, from MGM via their United Artists Releasing banner.

In No Time To Die, Bond has left active service and is enjoying a tranquil life in Jamaica. His peace is short-lived when his old friend Felix Leiter from the CIA turns up asking for help. The mission to rescue a kidnapped scientist turns out to be far more treacherous than expected, leading Bond onto the trail of a mysterious villain armed with dangerous new technology.

About TOM FORD In April 2005, Tom Ford announced the creation of the TOM FORD brand. Ford was joined in this venture by former Gucci Group President and Chief Executive Officer Domenico De Sole, who serves as Chairman of the company. In that same year, Ford announced his partnership with Marcolin Group to produce and distribute optical frames and sunglasses, as well as an alliance with Estee Lauder to create the TOM FORD beauty brand. In April 2007, his first directly owned flagship store opened in New York at 845 Madison Avenue and coincided with the debut of the TOM FORD menswear and accessory collection. In September 2010, during an intimate presentation at his Madison Avenue flagship, Ford presented his much-anticipated womenswear collection. Presently there are over 100 freestanding TOM FORD stores and shop-in-shops in locations such as: London, Milan, Zurich, Munich, Rome, New York, Toronto, Beverly Hills, Puerto Banus, Moscow, Osaka, Atlanta, Las Vegas, Baku, Dubai, Tokyo, Seoul, Montreal, San Francisco, Beirut, Hong Kong, Shanghai, New Dehli, Macau, Chengdu, Xian, Beijing and Sydney.

About Metro Goldwyn Mayer Metro Goldwyn Mayer is a leading entertainment company focused on the production and global distribution of film and television content. The company owns one of the world's deepest libraries of premium film and television content.  In addition, MGM has investments in domestic and international television channels and is the majority owner of and distributor for United Artists Media Group (UAMG). For more information, visit www.mgm.com.

About UniversalUniversal Pictures International (UPI) is the international marketing and distribution division for Universal Pictures. In the United Kingdom, Ireland, Spain, Italy, Germany, Switzerland, the Netherlands, France, Russia, Korea, Australia, Mexico, Brazil, Hong Kong, India and China, UPI directly markets and distributes movies through its local offices, creating campaigns and release strategies that respond to the culture and market behaviour of those territories. In other parts of the world, UPI partners with Paramount and Sony in the distribution of all three companies' films. Universal Pictures is part of NBCUniversal, one of the world's leading media and entertainment companies in the development, production, and marketing of entertainment, news, and information to a global audience. NBCUniversal is a subsidiary of Comcast Corporation.