SAN CLEMENTE, Calif., Aug. 29, 2017 /PRNewswire/ -- The California Milk Processor Board (CMPB), creators of the iconic got milk? campaign and its Spanish-language counterpart Toma Leche, has teamed up with Grupo Chespirito to host the 1-year anniversary of "El Chavo del Ocho Day" in Los Angeles on Sept. 8 with month-long celebrations featuring "La Merienda" snack+ milk pairings.  Joining Los Angeles, the cities of Fresno and Sacramento will both issue proclamations declaring Sept. 8 to be known as "El Chavo del Ocho Day," with respective announcements planned on Aug. 31 and on Sept. 5. 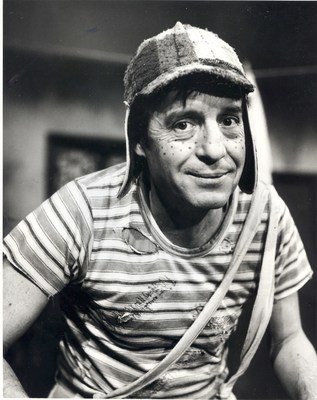 In honor of "El Chavo del Ocho Day," Toma Leche is celebrating the Latin American tradition of "La Merienda" by hosting free snack + milk pairings at various events throughout the month in each market.

The most-watched show on Mexican television, El Chavo was known as a courageous kid in and out of trouble, who entertained generations of fans across Latin America.  Millions of viewers who have embraced the character for his wholesome, pure authenticity and innocence still watch the animated version and reruns in Latin America and on Spanish-language networks in the United States.

"El Chavo reminds us to all to put our adult worries and responsibilities on hold every now and then and to re-connect with our inner child," said Steve James, executive director, California Milk Processor Board.  "The endearing values that El Chavo embodies of love, celebration and relationships are good reminders of the daily connections that connect us to our culture and sustain our lives.  And there's no better time to reconnect with those that matter than with a snack and glass of milk in the afternoon."

"El Chavo del Ocho Day" was first proclaimed in 2016 at Los Angeles City Hall.  Marking the occasion, Toma Leche will host a family-oriented event at Vallarta Supermarket, located at 3425 Whittier Blvd., Los Angeles, on Sept. 8, from 2 p.m.-6 p.m. Planned festivities include La Merienda milk + snack pairings, interactive games, and a large-scale coloring wall of El Chavo for attendees to draw on. To continue honoring El Chavo's legacy in California, other cities such as San Jose, Bakersfield and San Diego will celebrate, throughout the month of September, a variety of activities for the whole family at well-known supermarkets.

Extending the fan experience, El Chavo enthusiasts of all ages can now interact with characters from the show and play online games at www.tuinnerchavo.com.   The site features free giveaways along with favorite "La Merienda" milk + snack pairing suggestions, perfect for after-school.

Noted Los Angeles artist Raul Baltazar, a graduate of the Otis College of Art and Design and recipient of the California Community Foundation Fellowship for Visual Arts, has been commissioned to create an El Chavo sculpture, to be exhibited at the East Los Angeles Mexican Independence Day Parade and Festival on Sept. 10, where costume characters from the show are also due to appear.

Honoring El Chavo's playful, youthful spirit, the CMPB will donate $6,000 to Boys and Girls Club chapters in Fresno and Sacramento.  The Boys and Girls Club is a nonprofit that works to provide innovative and stimulating academic, leadership and recreational programs to underserved youth.

The California Milk Processor Board was established in 1993 to make milk more competitive and increase milk consumption in California. Awareness of "got milk?" is over 90% nationally and it is considered one of the most important and successful campaigns in history. The "got milk?" trademark is a federally registered trademark and service mark that was licensed by the National Dairy Board in 1995 for use in its advertising, including their long-running "Milk Mustache" campaign. The CMPB's Spanish-language campaign began in 1994 using the tagline "Familia, Amor y Leche" (Family, Love and Milk). The "toma leche" (Drink Milk) campaign replaced it in 2006 in order to better align the English and Spanish language work. The CMPB is funded by all California milk processors and is an instrumentality of the California Department of Food and Agriculture.

Grupo Chespirito (GCH) is the team responsible for preserving and leading Roberto Gómez Bolaños' -aka Chespirito- legacy to the new generations, including his most famous characters: 'El Chavo del Ocho' and 'El Chapulín Colorado'. GCH is also responsible for developing new projects and initiatives to generate new contents to all-ages Chespirito fans worldwide such as a social media strategy for a fan community of more than 14 million.