"I've spent much of my career trying to tell the stories of our men and women in uniform with integrity and accuracy," said Powell. "The heroes I have attempted to emulate on screen have become my family in real life. This award for me is the most special of my career in that it's given to me by a community in which I have the utmost respect, admiration and gratitude."

The Bob Hope Award for Entertainment is reserved for people who, through their life's work in the entertainment industry, have distinguished themselves by outstanding service to or positive portrayal of the United States Military in literature or film. Former recipients include Clint Eastwood, Tom Selleck and Mark Walberg.

In addition to playing "Hangman" alongside Cruise's "Maverick," Powell  won a Screen Actors Guild Award for his work in the Oscar-nominated film "Hidden Figures" opposite Octavia Spencer, Taraji P. Henson and Kevin Costner, in which he portrayed iconic astronaut John Glenn.

Powell will play real-life Navy hero and Medal of Honor Recipient Thomas Hudner in the upcoming historical war epic "Devotion," which tells the harrowing true story of two elite U.S. Navy fighter pilots during the Korean War and their heroic sacrifices, which would ultimately make them the Navy's most celebrated wingmen. The film will premiere at the Toronto Film Festival and will be released wide for Thanksgiving on November 23.

The Medal of Honor Celebration is an annual gathering for recipients of the United States' highest military award for valor. September will mark the second time the event has been held in Knoxville. Knoxville last welcomed recipients in 2014. Actor and director Gary Sinise, who played the character of "Lt. Dan" in the 1994 film "Forrest Gump," will once again serve as master of ceremonies for the Patriot Awards Gala in Knoxville. Sinise is also a previous recipient of the Bob Hope Award.

For more information about the Celebration visit mohknoxville2022.org.

About The Congressional Medal of Honor Society

The Congressional Medal of Honor Society was chartered by Congress in 1958 to create a brotherhood among the living Medal of Honor recipients; to protect and uphold the dignity and honor of the Medal; to promote patriotism and love of country; and to inspire our youth to become worthy and dedicated citizens of our nation. Its membership consists exclusively of those individuals who have received the Medal of Honor. Today, there are 65 living recipients of the Medal of Honor. The Society is unique in that its membership hopes that there will be no need to welcome new inductees. For more information, visit cmhos.org. 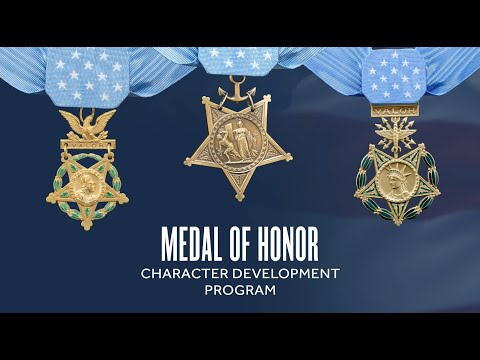