STATEN ISLAND, N.Y., Nov. 13, 2018 /PRNewswire/ -- Global designer denim brand True Religion and Cotton On, Australia's largest retailer, today announced they will both open stores at Empire Outlets, New York City's first and only outlet center. This will be True Religion's first location on Staten Island and Cotton On's first location in all of New York City. Both stores will be located steps from the Staten Island Ferry alongside Empire Outlets' other designer retailers, an artisanal food hall and world-class open space that will draw millions of New York City residents and tourists each year. 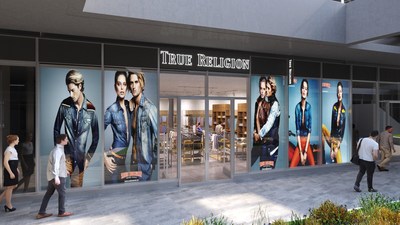 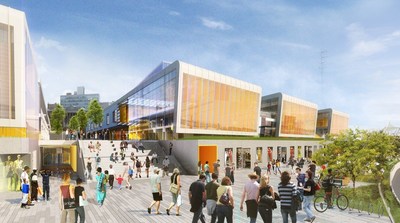 The new Cotton On outlet will bring casual Australian style to the five boroughs. Cotton On's distinctive style is effortlessly cool, and with its line offering women's wear, menswear and accessories, it is the destination to find the perfect, on-trend outfit at a price that can't be beat.

"True Religion is already a huge hit among Staten Island shoppers and we're thrilled that their first store in the borough will be right here at Empire Outlets. It's just as exciting to keep expanding our global reach by bringing Australia's largest retailer to New York City," said Joseph Ferrara, principal of BFC Partners, developer of Empire Outlets. "Our team looks forward to creating an incredible shopping and dining experience at Empire Outlets for New Yorkers and visitors from across the world."

"We are thrilled to be in Empire Outlets and provide an assortment of our premium denim and sportswear to shoppers," said, Tara Peyrache, Chief Marketing Officer, True Religion.

"It's always exciting bringing a little West Coast to Staten Island and New York City. True Religion took California by storm introducing new stitch patterns that were unlike any other denim brand in the world. In our continued effort to secure retailers that don't have a presence in the SI/NY market this time we went as far as Australia to bring you Cotton On, the finest in fast-fashion outlet shopping," said James Prendamano, Vice President & CEO of Casandra Properties, Inc.

Located adjacent to the St. George Ferry Terminal, Empire Outlets will feature a wide array of designer outlet retailers and a 1,250-space parking garage. Major retailers at the center include H&M, Banana Republic, Brooks Brothers, Nordstrom Rack, Gap Factory and Columbia Sporting Goods, among others. Eateries are also flocking to Empire Outlets' 40,000-square-foot food and beverage deck, which will provide unique views of Manhattan and an unmatched experience for visitors. Restaurants at the center include Shake Shack and MRKTPL, Staten Island's first-ever artisanal food hall.

The vast majority of Empire Outlets' retail and restaurant spaces are already leased and BFC Partners is actively in discussions with several prominent tenants for the balance of the lifestyle center.

Empire Outlets is expected to open in Spring 2019.

About Empire OutletsBFC Partners' Empire Outlets will be an approximately 340,000-square-foot retail complex, comprised of 100 designer outlet retailers and a variety of restaurants and cafes. BFC Partners will also build a 1,250-space structured parking garage below the retail component to accommodate commuters and tourists alike. Designed by SHoP Architects, Empire Outlets will feature expansive open corridors to the water, contemporary materials reflective of the industrial waterfront, and a sweeping sustainable green roof visible from the harbor. Celebratory vertical circulation elements such as grand staircases, elevators, and streamlined escalators will guide shoppers as they move from the waterfront up to Richmond Terrace, creating a dynamic and easily navigated pedestrian experience. For more information about Empire Outlets New York City, please visit www.empireoutletsnyc.com. Find us on Twitter @EmpireOutlets and on Instagram at @empireoutlets.

About True ReligionIn 2002, True Religion emerged onto the Los Angeles denim scene by blowing up the construction of the classic five-pocket jean. With its five-needle thread at two-stitch-per-inch process, the True Religion Super T stitch was instantly recognized for style that was unlike any other denim brand in the world.  True Religion speaks to the uniqueness found in all of us. The brand is worn by athletes, musicians, and artists globally to express their individual style. Delivering an exclusive assortment of iconic styles, True Religion Brand Jeans focuses on producing high quality premium denim and sportwear for men's, women's and kids.

About Cotton On:Born to deliver on-trend, effortlessly cool and affordable fashion, Cotton On provides men and women the styles they want, at the best price. Offering apparel and accessories, Cotton On is proud to be exporting laid-back, quintessential modern Australian style to the world. Since opening their first store in 1991 in Australia, Cotton On Group has seen rapid growth and now has over 1400 stores across 19 countries, with a commitment to reach more people across the globe. Australian born, globally worn.