WASHINGTON, Jan. 22, 2020 /PRNewswire/ -- A senior delegation of officials from the Emirates Nuclear Energy Corporation (ENEC) in Abu Dhabi, United Arab Emirates, visited Washington, DC last week to highlight progress around the development of the country's peaceful nuclear energy program. Their visit to the United States also coincided with the ten year anniversary of the signing of the U.S.-UAE Agreement for Peaceful Civilian Nuclear Energy Cooperation (also called a 123 Agreement). 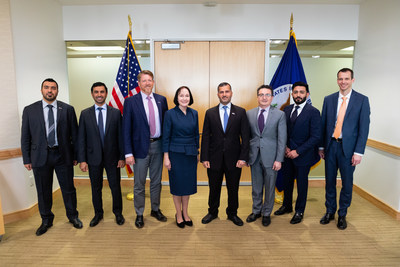 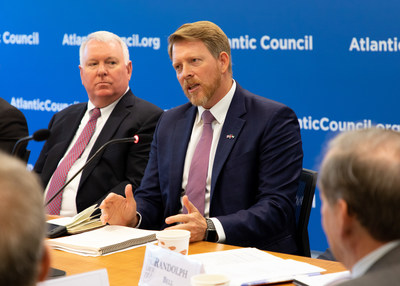 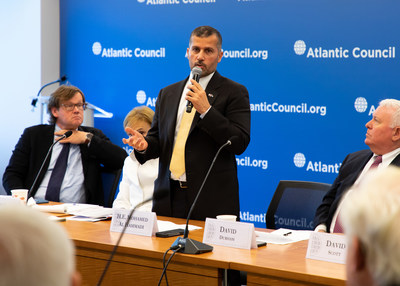 Led by ENEC CEO H.E. Eng. Mohamed Al Hammadi, the delegation met with U.S. Under Secretary of Energy Mark Menezes, Under Secretary for Nuclear Security Lisa Gordon-Hagerty, and Assistant Secretary for the Office of International Affairs Theodore Garrish at the Department of Energy. The meetings were also attended by UAE Ambassador to the United States HE Yousef Al Otaiba .

In separate meetings, H.E. Eng. Al Hammadi and the senior U.S. officials discussed the U.S. and UAE's shared commitment to driving advances in sustainability and clean energy technologies. The officials also commemorated the ten year anniversary of the signing of the bilateral 123 Agreement that established the legal framework required for the transfer of civilian nuclear energy technology between the UAE and U.S.

During their trip, the delegation participated in an industry luncheon co-hosted by the U.S.-UAE Business Council and the Nuclear Energy Institute. Delegation members had the chance to meet with existing and prospective U.S. suppliers and stakeholders from the nuclear energy sector.

H.E. Eng. Mohamed Al Hammadi, ENEC CEO, said: "The overarching principles of the UAE's 2008 policy on the peaceful uses of nuclear energy are founded on the Nation's commitments to the highest standards of nuclear safety, security, transparency and non-proliferation. These same principles are reflected in the 123 Agreement, and we have delivered on these commitments continuously throughout the development of the UAE Peaceful Nuclear Energy Program, as we work to realize our mission to generate clean, safe and reliable electricity.

"The Barakah Nuclear Energy Plant will transform the UAE's energy mix, delivering baseload electricity to power the future growth of the Nation while producing virtually zero-carbon emissions and providing high-value jobs for decades to come. The progress of the Barakah plant and the wider UAE Program has been supported by the valuable exchange of experience enabled by the U.S.-UAE 123 Agreement, which has delivered significant benefits to both parties. This includes the 175 U.S. suppliers who have been awarded more than $2.75 billion in contracts since the establishment of the UAE program," added H.E. Eng. Al Hammadi.

"The launch of our peaceful, safe, and clean civilian nuclear energy program is a powerful statement and an affirmation of the UAE's strong relationship with the U.S," said Ambassador Al Otaiba. "Together, we made the strongest possible commitment to nonproliferation, and created economic prosperity for both countries.

While in Washington, members of the UAE delegation also participated in roundtable events at the Atlantic Council, and the Nuclear Threat Initiative, meeting with experts to discuss the UAE Peaceful Nuclear Energy Program and the Barakah Nuclear Energy Plant.

Ambassador Thomas Graham, Jr. Chairman of the Board of Lightbridge, Member of the former International Advisory Board for the UAE Peaceful Nuclear Energy Program and former senior U.S. diplomat commented: "Nuclear energy is essential for mitigating the risks of climate change resulting from increasing carbon emissions. The Barakah Nuclear Energy Plant is one of the most significant clean energy projects globally, and is being delivered to the highest international standards. It is fitting that we celebrate the 10th anniversary of the 123 Agreement, which reinforces the clear commitments made by the UAE in 2008 to achieving the highest standards of safety, security, transparency and non-proliferation. The UAE has consistently demonstrated these commitments throughout the development of the Barakah plant, and has set a new standard for peaceful nuclear energy projects globally."

Located in the Al Dhafra Region of Abu Dhabi Emirate, UAE, the Barakah Nuclear Energy Plant is the first constructed nuclear energy plant in the Arab World and is being developed by ENEC as the cornerstone of the UAE Peaceful Nuclear Energy Program.

The UAE is an advocate of clean energy around the world and a leader in the region. As part of the UAE Energy Strategy 2050, 50 percent of the national energy supply will be generated by clean sources, including nuclear, by midcentury, with a 70% reduction in carbon emissions.

The Barakah plant consists of four APR1400 nuclear reactors, with a total generating capacity of up to 5,600MW. When the four units are fully operational, they will produce up to 25% of the UAE's electricity demand, while preventing the release of 21 million tons of carbon emissions annually.