NEW YORK, June 28, 2017 /PRNewswire/ -- Journalists from across the nation gathered tonight at Capitale for the 60th Anniversary Gerald Loeb Awards banquet where the 2017 winners were revealed. The Gerald Loeb Awards are among the highest honors in journalism, recognizing the work of journalists whose contributions illuminate the world of business, finance and the economy for readers and viewers around the world. 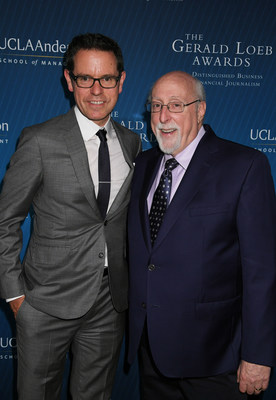 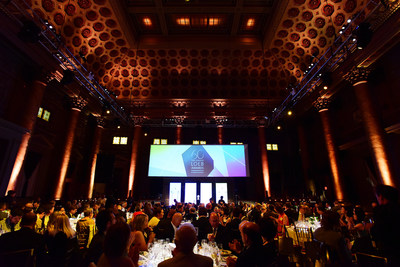 The Gerald Loeb Awards include two special awards for career contributions: the Lifetime Achievement Award, which was presented to Walt Mossberg, executive editor of The Verge and Editor-at-Large for Recode, and the Lawrence Minard Editor Award, which went to Fortune's assistant managing editor, Nicholas Varchaver. In addition, winners of 12 competition categories were named at the banquet. The following is a list of the 2017 Loeb Award recipients.

Commentary Winner"Creative Destruction: The Schumpeter Column" by Adrian Wooldridge for The Economist

The board of trustees of the G. and R. Loeb Foundation and UCLA Anderson wish to thank all those who contributed to the success of the 2017 Loeb Awards. Platinum Sponsors: Bloomberg, Reuters, The New York Times; Gold Sponsor: Prudential; Silver Sponsors: Brunswick, Forbes, Fortune, Norman Pearlstine, Recode, The Verge, Vox Media, The Wall Street Journal, Yahoo!; Bronze Sponsors: Los Angeles Times, The Economist, The Washington Post, The Weather Channel, MUFG. For more information about the Loeb Awards, please visit the Loeb Awards website at http://www.loeb.anderson.ucla.edu.

About The Gerald Loeb Awards

About UCLA Anderson School of Management

UCLA Anderson School of Management is among the leading business schools in the world, with faculty members globally renowned for their teaching excellence and research in advancing management thinking. Located in Los Angeles, gateway to the growing economies of Latin America and Asia and a city that personifies innovation in a diverse range of endeavors, UCLA Anderson's MBA, Fully-Employed MBA, Executive MBA, Global Executive MBA for Asia Pacific, Master of Financial Engineering, Master of Science in Business Analytics, doctoral and executive education programs embody the school's Think In The Next ethos. Annually, some 1,800 students are trained to be global leaders seeking the business models and community solutions of tomorrow. Follow UCLA Anderson on Twitter or on Facebook