RIO DE JANEIRO, June 21, 2012 /PRNewswire-USNewswire/ -- United Nations Secretary-General Ban Ki-moon today announced that more than one hundred commitments and actions have been already mobilized in support of his Sustainable Energy for All initiative, demonstrating powerful early momentum from governments, private sector companies and civil society organizations to achieve Sustainable Energy for All by 2030.

"Achieving sustainable energy for all is not only possible, but necessary.  It is the golden thread that connects development, social inclusion and environmental protection," said Secretary-General Ban Ki-moon. "This initiative is already mobilizing significant action from all sectors of society. Working together, we can provide solutions that drive economic growth, expand equity and reduce the risks of climate change."

The Sustainable Energy for All initiative brings together governments, businesses and civil society groups in an unprecedented effort to transform the world's energy systems by 2030. The Secretary-General has set three complementary objectives for the initiative, all to be achieved by 2030: ensure universal access to modern energy services; double the global rate of improvement in energy efficiency; and double the share of renewable energy in the global energy mix.

Since its launch in September 2011, Sustainable Energy for All has achieved the following:

Additionally, the Government of Brazil has demonstrated outstanding host country leadership by committing to invest further US $4.3 billion to achieve universal energy access in Brazil by 2014. As a global leader in sustainable energy, Brazil will invest an additional US $235 billion over ten years in renewable energy, mainly in hydropower and biofuels but also including biomass and wind power, and will produce a total energy savings of 9 percent in 2030 from the electrical and transportation sectors. The Brazilian Development Bank (BNDES) will continue to support through its existing credit lines the production of sustainable energy in others countries, including by signing a Memorandum of Understanding with the African Development Bank. ELETROBRAS will cooperate internationally with other power companies to develop competitive renewable sources of electricity and associated transmission systems.

"Sustainable Energy for All provides a powerful model for the future. The UN is bringing all key stakeholders to the table to work in common cause for the common good. This initiative shows the power of partnership and ability of the United Nations to spearhead transformational change," said the Secretary-General.

The early success of this initiative stems from its ability to convene key stakeholders and catalyze specific commitments around a "Global Action Agenda," which serves as a roadmap for achieving Sustainable Energy for All. The Action Agenda has identified high impact opportunities that can guide the work of stakeholders across all sectors of the economy.

Below is a partial list to date of commitments to action made in support of Sustainable Energy for All:

"My government has committed to Sustainable Energy for All because of the unique platform it provides for catalyzing actions that will provide us with greater economic opportunity, energy security, and environmental benefits," said Prime Minister Freundel Stuart of Barbados. "Barbados is committed to scaling up its use of renewable energy. By working with Sustainable Energy for All, we can share our experiences while learning from others."

"With Sustainable Energy For All, Microsoft is working with governments, non-government organizations and other companies to accelerate our transition to cleaner, more reliable and secure energy sources," said Rob Bernard, Chief Environmental Strategist at Microsoft.   "We believe that our commitment to carbon neutrality and implementation of an internal carbon fee is consistent with the culture of innovation at Microsoft which will help increase our focus on energy efficiency and renewable energy."

"Achieving sustainable energy for all is something that everyone can be involved in, and that's why we are eager to bring our millions of music and social media fans into this conversation," said Dave "Phoenix" Farrell, bassist in the Grammy Award-winning band Linkin Park, who have been involved in energy access programs in Haiti and Uganda. "People can watch videos and educate themselves about the issue, share information with their community, sign the pledge declaring their support of clean energy access, contribute to clean energy solutions on the ground and more. Everyone can do something to achieve the initiative's objectives."

For more information about Sustainable Energy for All, please contact:

SOURCE Sustainable Energy for All 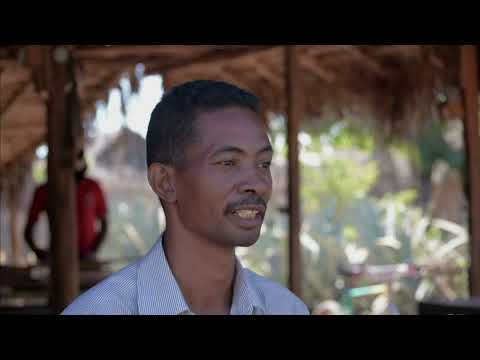