PHOENIX, Feb. 4, 2020 /PRNewswire/ -- UnderTow, the subterranean tiki-inspired cocktail bar from Barter & Shake Creative Hospitality, launches its new cocktail menu and next chapter of its fictional narrative, accompanied by a thematic overhaul of its immersive environment. 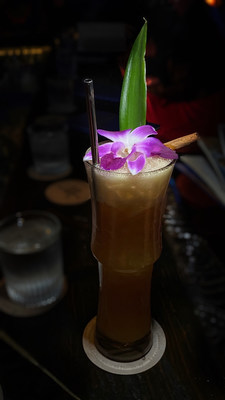 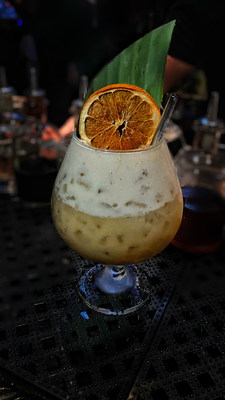 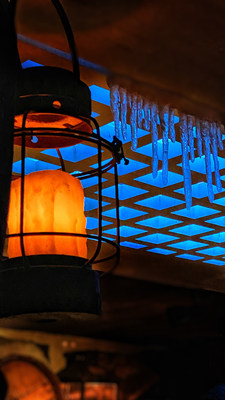 Internationally acclaimed exotic cocktail bar UnderTow is designed to look like the belly of a turn-of-the-century clipper ship. Originally an oil-changing bay of a quick service auto shop, the underground bar has operated in its location for three and a half years. Since its inception in 2016, UnderTow's décor and menu has changed annually. With every new cocktail menu, owners Jason Asher and Rich Furnari launch a new chapter of their fictional narrative.  After spending the past year in the Amazon river, this chapter finds the UnderTow making the perilous journey around Cape Horn at the tip of South America.

Over the years, the duo has partnered with a writer, an architect and general contractor, and various tiki-centric artists to bring UnderTow's narrative to life.  However, this is the first time they have revealed their mysterious author's identity. Mat Snapp, Director of Beverage for Fox Restaurant Concepts, writes the narrative for UnderTow, as well as its sister-concept located next door, Century Grand. Snapp explains that the story has been inspired by some key elements of world history, "The journey that this clipper ship takes from New York around Cape Horn to San Francisco would have been one of the last of its kind. The opening of the transcontinental railroad a short time later provided a faster and safer route for people and goods to cross the country."

The fictional narrative informs every new menu's cocktail conceptualization and the thematic elements of the environment, including custom-built artist-produced elements such as a bust of the long extinct Dodo Bird and faux shrunken heads. "For each chapter, our general contractor Wes James from Line Lab and our various artist partners such as Danny Gallardo (Tiki Diablo), Tom Thordarson (Thor Art), and Tomahawk Productions have allowed us to bring our vision and fictional narrative to life," says Furnari, who works closely with Snapp to drive the direction and elements of the narrative.

Jason Asher explains further, "Tiki concepts always incorporated fantasy. They were never 'real' places, but rather a getaway or escape from reality created by Don the Beachcomber, himself an adventurer and businessman, during The Great Depression." Asher continues, "Tropical doesn't define tiki, escapism does. We deliver this through our stories, our menus, and our immersive environment."

UnderTow, like Barter & Shake's other venue, Century Grand, is inspired by historical moments, people, and places. "UnderTow is a nautical adventure based on the experience of the East India Spice Company," Furnari explains. Describing their approach as "immersive hospitality," Barter & Shake produces a fictional narrative unique to each venue, developing both cocktail menus and elements of the physical environment consistent with the narrative.

UnderTow is a tiki-inspired, exotic cocktail bar from the team at Barter & Shake Creative Hospitality. Opening in August 2016 in Phoenix, Arizona, UnderTow offers a tropical yet innovative cocktail experience. The environment whisks guests away on a worldly journey in the belly of a spice trader's turn-of-the-century clipper ship. Through various commissioned artists, UnderTow's signature decor revolves around each chapter of our story, which follows the adventures of the revered Captain Mallory. This fully immersive world-class cocktail experience features rare rums from around the world and offers a variety of handcrafted, signature merchandise available for retail. For more information, visit https://undertowphx.com or follow us on Facebook and Instagram.