CORPUS CHRISTI, Texas, Feb. 25, 2020 /PRNewswire/ -- Today, the United States Supreme Court held that a fifteen-year-old Mexican national, standing on Mexican soil and shot by a border patrol agent standing in the United States, does not have Fourth Amendment constitutional protections. Sergio Adrian Hernandez Guereca, an unarmed teenager, was playing with his friends in a concrete culvert near the U.S./Mexico border when he was shot and killed on June 7, 2010 by U.S. Border Patrol agent, Jesus Mesa, Jr.

Mr. Hilliard stated:"In this case, Justice doesn't travel as far as a bullet does. The old adage that 'The Supreme Court isn't last because they're right, they are right because they are last' rings especially true in Sergio's case. To be left with no remedy ("nothing" as Justice Ginsberg notes) given such a violent and unprovoked shooting, weakens the constitutional foundation of America's house."

"Mexican nationals shot and killed for no reason or bad reason—while standing in Mexico, by the U.S. Border Patrol in the United States have no redress in U.S. courts. Does it promote a Wild West attitude on our border—where accountability depends solely upon internal policy review—and a "shoot fast" mentality? We will have to wait and see, but I'm not hopeful."

ABOUT HMG     http://www.hmglawfirm.com/ Hilliard Martinez Gonzales LLP (HMG) specializes in mass torts, personal injury, product liability, commercial and business litigation, and wrongful death. Hilliard Martinez Gonzales LLP has been successfully representing clients in the United States and Mexico since 1986. Bob Hilliard obtained the Largest Verdict in the country in 2012 and the #1 verdict in Texas, he currently is co-lead counsel in the single biggest litigation in US history, GM's ignition switch defect litigation, currently pending in the Southern District of New York. 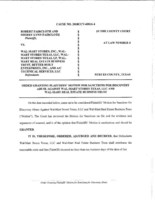 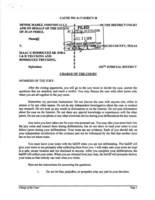