PHOENIX, Jan. 27, 2021 /PRNewswire/ -- Universal Technical Institute (NYSE: UTI), the nation's leading provider of transportation technician training, announced the expansion of its Welding Technology program to its Bloomfield, New Jersey campus. Students will be able to enroll starting March 1 and classes will start in July. Simultaneously, UTI confirmed that the welding program at its Lisle, Illinois campus will launch on February 22, with strong interest and enrollments from new students. 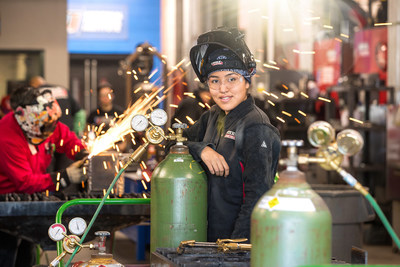 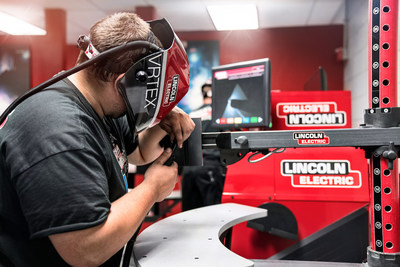 "With each new welding program launch, we see consistent interest from both students and employer partners. Welders are the backbone of our country's economy and will be critical to our economic recovery," said Sherrell Smith, Executive Vice President of Campus Operations. "Even in the midst of record national unemployment, welders are needed across essential industries such as energy, manufacturing and transportation. Our 36-week program trains students on the skills employers require and can be a fast track to a new job and a fulfilling career."

The Lisle and Bloomfield campus programs will be the sixth and seventh welding programs offered at UTI campuses across the country. They will build on successful welding programs at UTI campuses in Rancho Cucamonga and Long Beach, Calif., Avondale, Ariz., and Dallas and Houston, Texas. The company plans to expand the program to two additional campuses in fiscal year 2022, with locations and launch timing to be announced at a later date. With the launch of two welding programs in fiscal year 2020, in aggregate the company has started over 200 new welding students in each of the last two quarters.

With more than 220,000 graduates in its 55-year history, Universal Technical Institute, Inc. is the nation's leading provider of technical training for automotive, diesel, collision repair, motorcycle and marine technicians, and offers welding technology and computer numerical control (CNC) machining programs. The Company has built partnerships with industry leaders, outfits its state-of-the-industry facilities with current technology, and delivers training that is aligned with employer needs. Through its network of 12 campuses nationwide, UTI offers post-secondary programs under the banner of several well-known brands, including Universal Technical Institute, Motorcycle Mechanics Institute and Marine Mechanics Institute (MMI) and NASCAR Technical Institute (NASCAR Tech). The Company is headquartered in Phoenix, Arizona.