SILVER SPRING, Md., Oct. 16, 2019 /PRNewswire/ -- Alfred Liggins, III, CEO and President of Urban One, Inc. (NASDAQ: UONEK and UONE), announced today the appointment of two key company executives. C. Kristopher Simpson is the new Senior Vice President and General Counsel, and Tony Spinelli is the new Chief Information Officer. Simpson is a seasoned attorney who will oversee legal operations across Urban One's five divisions and will streamline their legal processes. Spinelli is a cyberspace technology veteran who will manage all aspects of the company's technology infrastructure. 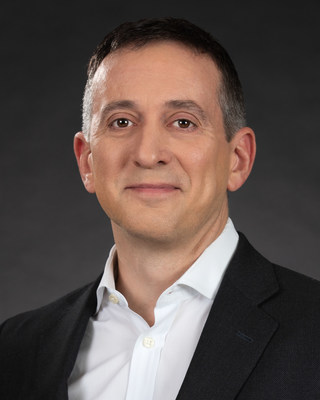 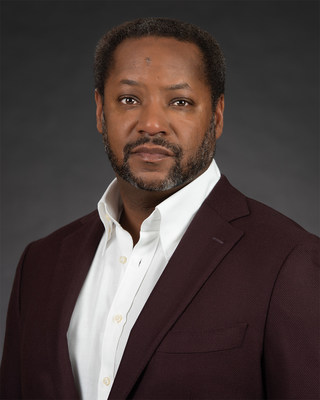 "We are excited to have Kris and Tony as a part of the Urban One family. They possess a wealth of experience and bring a level of expertise to their respective fields that will be invaluable to us as a company," stated Liggins. "Kris' business acumen and commitment to our mission and audience are noteworthy. Tony not only has a proven track record of successfully leading organizations to the next level but also, he has made significant contributions to the advancement of technology practices and research. I look forward to the transformative leadership they will both provide."

Simpson has been with Urban One for 12 years, most recently serving as Vice President and Deputy General Counsel. Throughout his tenure with the company his responsibilities have included counsel to the board of directors, executive management and corporate finance/treasury teams on all governance, corporate finance, securities law, mergers and acquisitions, and general corporate matters. In addition, he served as counsel on various acquisitions and divestitures across Urban One's divisions, managed its outside counsel and worked intimately with its investment advisors on various refinancing projects over the years.

"I feel very fortunate to have a terrific team of colleagues across the company and look forward to working together to further the mission of Urban One," stated Simpson. "My history with the company gives me unique perspective and opportunity to build on our many successes and meet key milestones in the years to come."

Tony Spinelli comes to Urban One after more than 25 years of advancing technology, digital transformation, and cybersecurity capabilities in the financial services industry. Most recently, he led Fractal Industries, a digital startup focused on delivering analytic insights and data science to solve complex technology challenges at scale and real-time through digital concepts and cloud-based delivery. Prior to this role, he served as Senior Vice President for Capital One Financial Corporation. During his tenure at Capital One, Spinelli supported the company's digital transformation and built the capabilities required to move its global enterprise to the cloud across technology divisions and platforms. Additionally, Spinelli has led strategic technology innovations and cybersecurity programs as an executive at several other leading Fortune 500 companies.

"I'm looking forward to advancing Urban One's technology and digital leadership and bringing my skills to the entertainment and media industries," said Spinelli. "The company has a rich history of growth, and I'm excited to position technology as a further growth catalyst for Urban One."

Spinelli is a graduate of Saint Louis University and holds an MBA from Washington University. Currently, he is a Board Member for Peapack Gladstone Bank, Per Scholas, and Blue Cross Blue Shield Association.

Simpson received his Juris Doctorate from The George Washington University Law School and is a member of the Maryland Bar. He is also an Emeritus Member of the Board of Directors of Easter Seals (DC/MD/VA) and Co-Founder of SEE Scholarship for the University of Maryland, College Park.

About Urban One, Inc.

Urban One, Inc. (urban1.com), together with its subsidiaries, is the largest diversified media company that primarily targets Black Americans and urban consumers in the United States. The Company owns Radio One, Inc., TV One, LLC (tvone.tv), a television network serving more than 59 million households, offering a broad range of original programming, classic series and movies designed to entertain, inform and inspire a diverse audience of adult Black viewers.CLEO TV (mycleo.tv), a lifestyle and entertainment network targeting Millennial and Gen X women of color that launched in January 2019, is fully owned by TV One, LLC, a brand of Urban One, Inc. As one of the nation's largest radio broadcasting companies, Urban One currently owns and/or operates 55 broadcast stations (including HD stations we operate) branded under the tradename "Radio One" in 15 urban markets in the United States. Through its controlling interest in Reach Media, Inc. (blackamericaweb.com), the Company also operates syndicated programming including the Tom Joyner Morning Show, the Rickey Smiley Morning Show, the Russ Parr Morning Show and the DL Hughley Show. In addition to its radio and television broadcast assets, Urban One owns iOne Digital (ionedigital.com), our wholly owned digital platform serving the African-American community through social content, news, information, and entertainment websites, including its Cassius, Bossip, HipHopWired and MadameNoire digital platforms and brands. We also have invested in a minority ownership interest in MGM National Harbor, a gaming resort located in Prince George's County, Maryland. Through our national multi-media operations, we provide advertisers with a unique and powerful delivery mechanism to the African American and urban audiences.