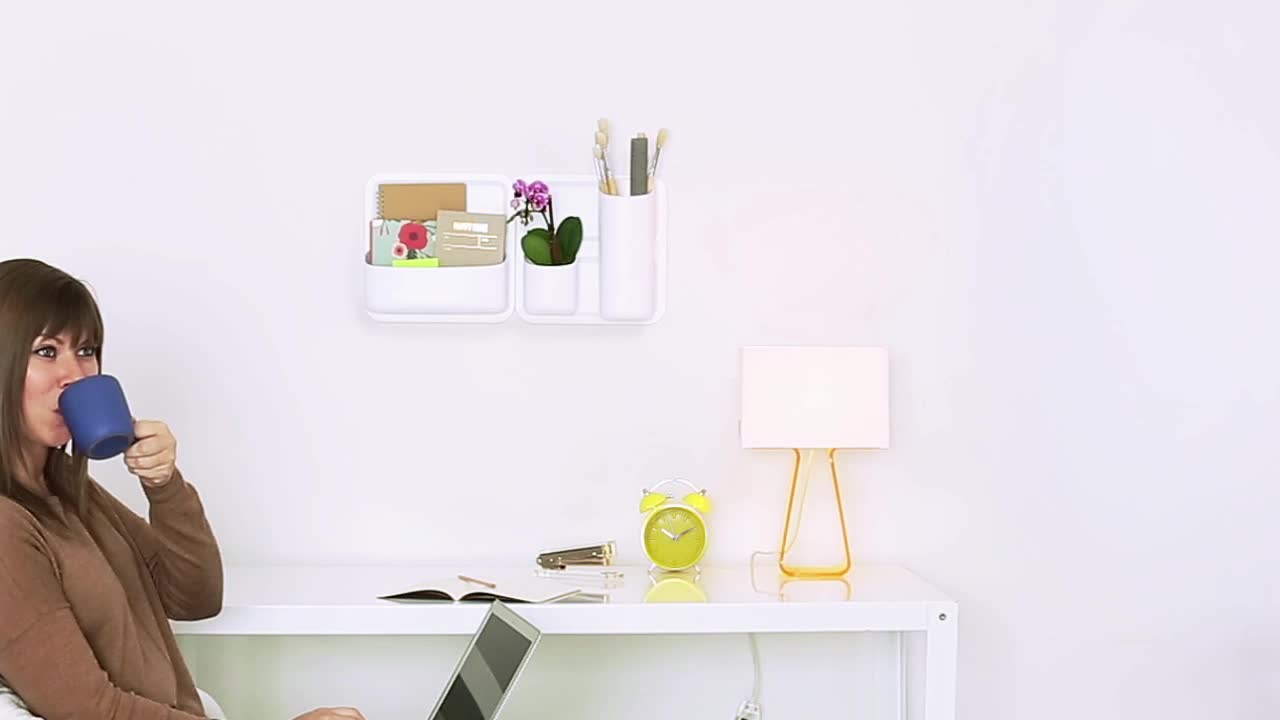 Following a successful Kickstarter campaign in 2011, and an appearance on Shark Tank in 2013, Urbio launched in retail stores nationwide as the first ever magnetic wall-mounted vertical garden system. "As we developed the line, we quickly discovered that Urbio's modularity allows our customer to customize the system to their needs," said Urbio Co-Founder Beau Oyler. "It's exciting to see people utilizing Urbio in so many different ways and spaces."

Wanting to offer the functionality and beauty of the Urbio system at a more accessible price point, Urbio's design team went back to the drawing board and spent two years developing Perch. "From the beginning, our goal has been to offer smart design to everyone. Perch extends the Urbio experience to a broader audience, without sacrificing product quality. We accomplished this by simplifying the manufacturing process and materials," Urbio Co-Founder Jared Aller explained.

The new Perch system features strong magnetic containers, in a variety of sizes, that attach to easy-to-install modular metal wall mounts utilizing 3M Command™ Strip technology. Each Perch container is crafted from durable ABS with strong vinyl magnets that attach to any ferrous metal surface, providing both functionality and sleek design. Perch products are sold individually and can also be purchased as three and five piece starter kits.

In partnership with 3M, Urbio has designed a damage-free installation experience that allows users to simply peel, stick and attach Perch to the wall using Command™ Strips. This enhancement has made Perch suitable for apartments, dorms, office spaces, classrooms and anyone looking for a damage-free organizational solution.

"The Urbio team is honored to launch Perch with exceptional retail partners including The Container Store, Office Depot/Max and Target," said Urbio CEO Merrick Rosner. The original Urbio line continues to shine on its end cap at The Container Store and in select modern furniture boutiques nationally. Urbio successfully raised a seed round on CircleUp to finance inventory for the launch and further invest in their infrastructure.

About UrbioUrbio, Inc. is an award-winning design and manufacturing company that creates well-designed organizational solutions for small-space living. Urbio is the proud designer of the Urbio Urban Vertical Garden®, the first-ever magnetic vertical garden and organization system. Urbio products are recognized for design and style and engineered for function, performance and durability.