FARMINGTON HILLS, Mich., April 19, 2021 /PRNewswire/ -- From Rock and Roll Hall of Fame Inductee Bob Seger's performance in a March 2021 episode of the television show The Simpsons, to Cadillac's Scissorhands/Winona Ryder advertisement during the National Football League's biggest professional football game of 2021, Yessian music production company's 50th year in business continues its groundbreaking work. The company provides sound for the best-known brands in advertising, film, TV, gaming, and theme parks and has clients all over the world. Earlier this month, Yessian was awarded two Gold Awards by 2021 American Advertising Awards Los Angeles for Detroit Youth Choir's "Glory" which was recorded on site in Detroit and in the studio, and Vistaprint's "Unregiftable" advertisement. Other notable recent projects by Yessian include producing the sound for Hudson Yards Observation Deck in New York City, 'Flying Over Indonesia' theme park ride at Trans Studios Bali, and Lincoln's 'Ivory Keys' ad for the 2021 Grammy's featuring singer songwriter John Baptiste. The Farmington Hills, Mich. based company is believed to be one of the oldest commercial music production companies in the United States with a reputation for continually furthering its reach both regionally and technologically.  For a company timeline and images click here. 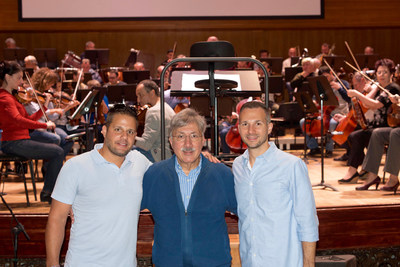 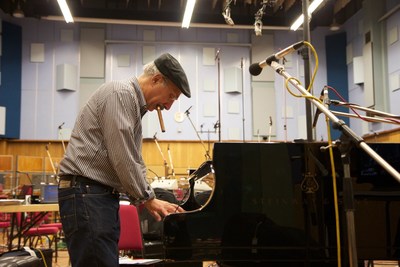 "I was an English teacher with a dream: making music. I left the Detroit Public Schools to start creating jingles."

Founded in 1971 by award-winning composer Dan Yessian, the company began in a 300-square-foot bait shop in metro Detroit. Yessian's early success in creating jingles for companies such as Whirlpool, Dodge, Ford Motor Company and Frigidaire, plus music for TV shows like Sesame Street and The Electric Company, allowed for the creation of purpose-built studios. Since working alongside his two sons Brian Yessian, chief of operations; and Michael Yessian, head of production, Dan Yessian was able to expand the company into a global enterprise with producers, composers, music supervisors, research creatives and recording artists creating groundbreaking and award-winning audio. The company maintains additional locations in Los Angeles, New York City and Hamburg, Germany, totaling 20,000 square feet of studio and office space.

"I was an English teacher with a dream: making music. I left teaching in the Detroit Public Schools to start creating jingles in a tiny space I rented for $50 a month, and fortunately I was embraced by the Detroit advertising community," says Dan Yessian, who was inducted into the Adcraft Hall of Fame in 2018. "Now, with my sons, who have taken the business to a level I could never have imagined, and with an outstandingly talented team, our current scope of work includes music for theme parks across the world along with network television and global advertising for Fortune 500 companies. Ours is the business of telling stories and experiences through sound, and every year we continue to achieve new milestones."

Notable in that work was a project that took the Yessian team to Abbey Road Studios in London, England, where Gershwin's "Rhapsody in Blue" was rearranged and recorded for a United Airlines advertisement; and to Changsha in China, for the creation of audio to accompany a 5D Theater Experience film celebrating the birthplace of Chinese pottery. Yessian was also asked to provide the sound for the One World Observatory which opened in 2015 at the site of the former World Trade Center in New York City; and in 2019 the company created a 360-degree audio experience for the band Aerosmith's Las Vegas residency.

Yessian is a global collective of producers, composers, music supervisors, research creatives and recording artists. With six full-service recording studios including a music licensing and research division, the studio offers a complete source for music, sound design and soundscapes. This powerful combination has allowed Yessian to enlist some of the world's best-known brands in film, television, advertising, gaming, and theme parks as clients. For more information about Yessian go to www.yessian.com