PARIS, June 23, 2017 /PRNewswire-USNewswire/ -- The 10-student team from Festus High School in Festus, Mo., bested the world's best rocketry teams and took first place in the International Rocketry Challenge (IRC). Sponsored by The Raytheon Company, the team represented the United States against teams from the United Kingdom, France and Japan in the IRC at the International Paris Air Show on June 22-23.

"This is amazing!" said Rylie Martin. "I didn't think I'd be here, and I feel so lucky to have experienced this!" 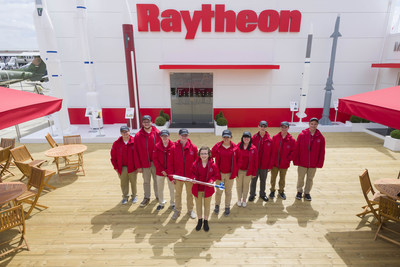 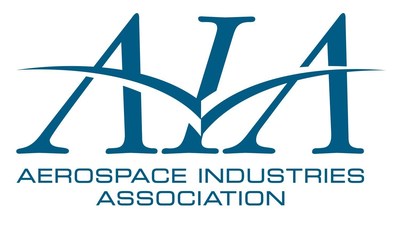 "I cried for the first time in years," said Joel Marler. "I'm really thankful to be here. I want to give a shout out to the other teams – this was a great competition!"

The Festus Rocket Club includes Grace Basler, 16; Ed Bohnert, 17; Cydney Breier, 18; Ryan Brown, 17; Christopher Carden, 18; Ashton Croft, 15; Joel Marler, 17; Rylie Martin, 17; Jacob Rozner, 18; and Timothy Ruesche, 17. As part of the IRC, teams were required to launch a raw hen's egg to 800 feet and return it to earth safely within 42-44 seconds. In addition to launch requirements, competing teams were also tasked with delivering a presentation explaining their rocket design to a distinguished panel of international aerospace experts, which accounted for 40 percent of their total score.

"You could not have written a better story for the Festus Team in a movie script," said AIA President and CEO David F. Melcher. "It was an impressive performance from each team, and we are especially proud of our students for winning a third consecutive international title for the United States."

This is the 12th year the Raytheon Company has proudly sponsored Team USA, enabling them to attend an international air show. Raytheon's support is tied closely to the company's MathMovesU® initiative that aims to encourage students to pursue careers in science, technology, engineering and math (STEM).

"The International Rocketry Challenge is a powerful way to inspire the next generation of technological innovators we need to solve some of the great challenges of our day," said Thomas A. Kennedy, Raytheon Chairman and CEO. "Congratulations to all the participants on an outstanding global competition. Your enthusiasm for and expertise in science and math point to a bright future for us all."

Each challenge brings together teams of middle and high school students to design, build and launch model rockets with the goal of inspiring young minds to become engaged in STEM education and aerospace careers.

About TARC: The Team America Rocketry Challenge (TARC) is the world's largest student rocket contest and a key piece of the aerospace and defense industry's strategy to build a stronger U.S. workforce in science, technology, engineering and mathematics (STEM). Sponsored by the Aerospace Industries Association (AIA), the National Association of Rocketry and more than 20 corporate sponsors, approximately 5,000 students on nearly 1,000 teams from across the United States participate each year.

Founded in 1919, the Aerospace Industries Association is the most authoritative and influential trade association representing the U.S. aerospace and defense industry on Capitol Hill, within the administration and internationally. As the voice of American aerospace and defense, representing manufacturers and suppliers across every high-technology manufacturing sector, AIA's strong advocacy is essential to protecting the interests of our nation and our industry.