The results of this remarkable investment speak for themselves: mobile speeds jumped 50% in the past year, 5G networks nationwide now cover over 300 million people and 5G for home broadband services—capable of over 100 Mbps downstream—are deployed in communities across the country. Survey results also showed increases in wireless data use, cell sites and data-only devices—indicators of the ongoing shift to the 5G Economy.

"These numbers show that while we were social distancing last year, U.S. wireless providers were busy both ensuring that wireless networks handled skyrocketing demand and constructing 5G networks, the foundation for our country's post-pandemic recovery," said Meredith Attwell Baker, CTIA's President and CEO.

CTIA's comprehensive annual industry survey has tracked the evolution of the wireless industry since 1985. This year's key findings show:

For the topline results of the 2021 survey, click here. 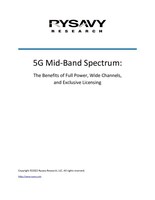 Hundreds of Megahertz of Additional Mid-Band Spectrum with... 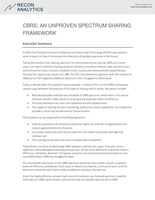