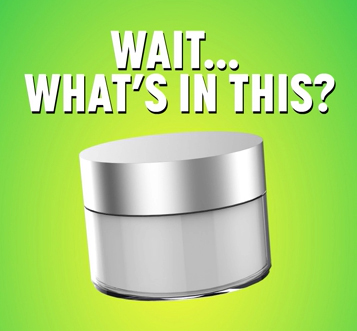 The newly released resources include radio, social media, print, and out-of-home ads aimed at teens, tweens, and parents who–once informed–can be powerful influencers. The materials also feature the online Go For Real Challenge, which is an interactive game that allows players to identify which from a list of items are the shoddy ingredients often found in popular counterfeit products.

"Consumers often believe counterfeit goods perform the same as authentic goods," said NCPC President and CEO Ann Harkins. "What they may not realize is that the unregulated materials in counterfeits–overworked batteries, urine, lead–can cause fires, diseases, or even death. Fake electronics alone cause 70 fatalities and 350,000 serious injuries every year."

USPTO Commissioner for Trademarks David Gooder remarked, "Counterfeiters put the health, safety, and security of consumers at risk and knowingly damage and steal from valuable brands. As technology advances, so does the sophistication of counterfeit goods and virtually no industry is immune. It's critical to help young teenagers and their parents understand that counterfeiting is not a victimless crime."

The Go For Real public education Campaign is aimed at tweens and teens and ties in the intellectual property community and law enforcement. This Campaign increases the desire to buy genuine goods, raises awareness of the damage caused by counterfeits, changes attitudes, and changes counterfeit buying behaviors by educating young consumers on how to identify and avoid counterfeit goods. We want all consumers to develop–particularly while young–a desire to make smart buying decisions and buy legitimate goods.

For more on the Go For Real Anti-Counterfeiting Campaign, visit www.ncpc.org/GoForReal.

About USPTOThe United States Patent and Trademark Office (USPTO) is the federal agency for granting U.S. patents and registering trademarks. In doing this, the USPTO fulfills the mandate of Article I, Section 8, Clause 8, of the Constitution that the legislative branch "promote the Progress of Science and useful Arts, by securing for limited Times to Authors and Inventors the exclusive Right to their respective Writings and Discoveries." The USPTO registers trademarks based on the commerce clause of the Constitution (Article I, Section 8, Clause 3). Under this system of protection, American industry has flourished. New products have been invented, new uses for old ones discovered, and employment opportunities created for millions of Americans. The strength and vitality of the U.S. economy depends directly on effective mechanisms that protect new ideas and investments in innovation and creativity. The continued demand for patents and trademarks underscores the ingenuity of American inventors and entrepreneurs. The USPTO is at the cutting edge of the nation's technological progress and achievement.

About National Crime Prevention CouncilThe National Crime Prevention Council is the nonprofit leader in crime prevention. Since 1980, our symbol of safety, McGruff the Crime Dog®, has delivered easy-to-use crime prevention tips that protect what matters most—you, your family, and your community. NCPC's public service advertising campaigns have generated more than $2 billion in donated media.  NCPC distributes crime prevention messages to its network of nearly 15,000 state and local law enforcement agencies, crime prevention associations, community groups, foundations, and corporate partners who reach millions in communities across the country.  For more information on how NCPC can be a public safety expert for you or how to "Take A Bite Out of Crime®," visit www.ncpc.org.