SAN DIEGO, Aug. 11, 2021 /PRNewswire/ -- At a celebration on August 5, 2021, Utilis unveiled its new brand, ASTERRA, and hosted honored guests at a reception where they were presented with the inaugural Innovation Award from the American Water Works Association (AWWA). The San Diego Chamber of Commerce joined ASTERRA leaders from both the United States and Israel and former Mayor and Chamber President Jerry Sanders for a ribbon cutting. 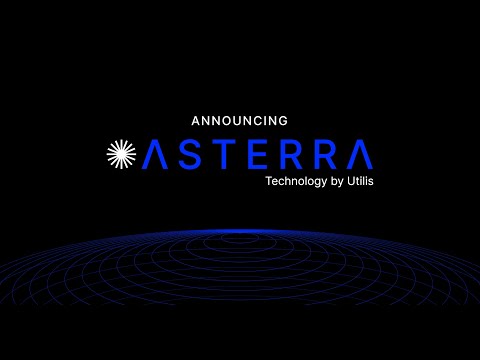 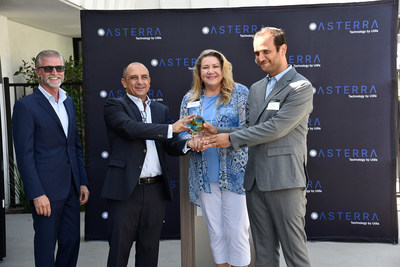 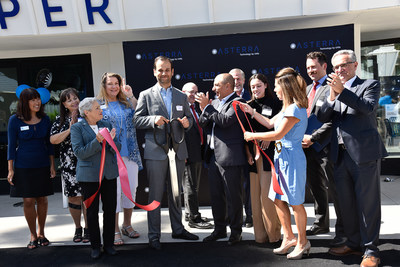 Dr. Jennifer Campbell, President of the City of San Diego Council, spoke about the importance of ASTERRA technologies in supporting resource resilience and the earth's infrastructure. "We must face these challenges together and solve the urgent problem if we want to leave a healthy planet for our children and grandchildren," she said.

Consul General of Israel to the Pacific Southwest, Dr. Hillel Newman, recognized the important friendship and partnership between Israel and the United States. This was of special significance because ASTERRA was founded in Israel as Utilis in 2013. The trophy for the inaugural Innovation Award was presented by Heather Collins, Vice President of the AWWA.

ASTERRA products, such as Recover, lower the cost of finding potable water leaks by using a patented algorithm and satellite-based synthetic aperture radar (SAR) data. It uses reflected signals from a satellite to detect the underground presence of potable water. A staggering 9000M gallons of water are saved every year through ASTERRA solutions, with an average of 3.3 leaks found per day at each subscribing utility.

At the event, Elly Perets, CEO of ASTERRA, spoke about the company's new brand. He said, "Utilis creates technology that is powerful. This technology is essential. It is a way to look at the earth and help by seeing it in a way that no one else can." He went on to say, "This technology is used to strengthen infrastructures in the smallest of towns and in the largest of cities. This technology has so great an impact on the terrain of the earth that it needs a new name . . . ASTERRA."

Together, they marked two great milestones, one is the Innovation Award, and the other is the transition from a leak detection company to a data provider for the greater infrastructure industry.

ASTERRA is a division of Utilis that provides data driven solutions for water utilities, government agencies and the greater infrastructure industry. ASTERRA products use synthetic aperture radar (SAR) data from satellites and turns it into large scale decision support tools. The company's proprietary algorithms and highly educated scientists and engineers are the key to their mission, to deliver actionable intelligence to advance Earth's resource resilience. Since 2016, Utilis technology has resulted in saving more than 9000 million gallons of potable water and 22,000 MWH of energy per year, in support of United Nations Sustainable Development Goals (SDG). The Utilis ASTERRA division is headquartered in Israel with offices in the United States and United Kingdom. Their innovative data solutions are used in multiple verticals around the globe. For more information on ASTERRA and to learn more about their technology visit https://asterra.io.

ASTERRA Leadership Team to Speak on Preventing Water Loss at...