SAN JOSE, Calif., Nov. 7, 2017 /PRNewswire/ -- Velodyne Labs today announced that it has produced a LiDAR with the world's best resolution, longest range, and widest field of view, the result of which will boost the autonomous vehicle and advanced safety market. The Velodyne VLS-128™, with 128 laser beams, produces the best resolution and will replace the HDL-64 LiDAR as the industry standard for high performance. High-resolution LiDAR is critical to navigate autonomous cars and provide vehicle safety. It is expected that the VLS-128™will become the new standard for fully autonomous cars and cars equipped with advanced safety features because of the unchallenged quantity of data it produces in real time at top speed. 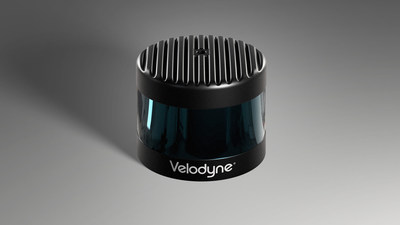 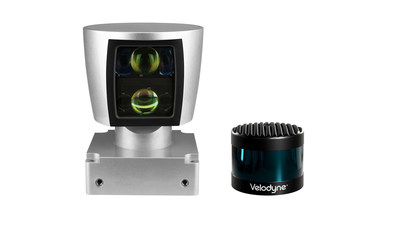 Velodyne's President and Chief Business Development Officer said, "When it comes to safety, it is critical for a car to have really good eyes for driving. You need 3D vision that accurately measures and generates a billion data points in real time at the speed of light. This is the technology necessary to simultaneously judge the speed of other vehicles, determine pedestrian locations, and judge safety with assurance. Car makers entering the autonomous driving arena have been telling us that high resolution is key. Now we have it."

"The VLS-128™ provides the highest resolution with the widest field of view in the world. Would you drive if your vision was like looking underwater? The world might look like this driving with other systems that are less precise. With the VLS-128™ LiDAR, there are billions of data points to analyze a dynamic, changing environment to determine safety," states Velodyne President Marta Hall about the breakthrough in LiDAR resolution.

A Velodyne sensor provides real-time 3D images all around the vehicle, far into the distance, producing billions of data points eagerly understood and consumed by a computer. LiDAR is more reliable, based on measurements, and therefore more accurate than a camera based safety system.

Velodyne LiDAR, Inc. Founder and CEO David Hall invented the 360-degree solid-state hybrid LiDAR ten years ago to use and sell in the Darpa Grand Challenge. He designed and sold the HDL-64 LiDAR, which since then became the standard LiDAR for the autonomous car industry. It can be spotted on top of most autonomous cars today because Velodyne sells to 250 customers worldwide. The first autonomous cars that successfully drove cross-country and another million miles were equipped with the HDL-64.

In September 2017, Velodyne offered sneak previews of the VLS-128™ dense picture to select customers attending the IAA Auto Show in Frankfurt, Germany. An upgrade to the HDL-64, the VLS-128™ offers a richer image with four times the data points and density than the HDL-64. This will enhance the ability for object detection and collision avoidance while traveling highways speeds, by gathering of billions more data points traveling in real time.

High-resolution LiDAR is important for object detection and collision avoidance at all speeds, with the highest resolution needed especially when traveling at speeds higher than 30 miles per hour. The faster a vehicle goes, the more data is needed at a faster pace for safety evaluation.

Size matters. The VLS-128™ is a 70 percent size reduction from the HDL-64, with double the range and four times the resolution.  It is the highest performing LiDAR sensor on the market in terms of field of view, range, resolution, and ability to deal with a complex environment. Due to its 905nm technology, it operates in dry climates and wet environments, and is based on mass-produced CMOS semiconductor technologies. It is produced today at Velodyne's Megafactory in San Jose using a proprietary fully automatic laser alignment and manufacturing system. Future models will also be produced as part of Velodyne's Tier-1 Automotive Program.

Cost matters. President Marta Hall adds, "We are getting the cost down. It is already dramatically reduced, and more so when ordered at higher volumes. Into the future, LiDAR will be affordable and put on cars worldwide for safety and autonomy."

About Velodyne LiDARFounded in 1983 and headquartered in Silicon Valley, Velodyne is a technology company known worldwide for its real-time 3D LiDAR sensors. The company evolved after founder/inventor David Hall developed the HDL-64 Solid-State Hybrid LiDAR sensor in 2005. Since then, Velodyne LiDAR Inc. emerged as the unmatched market leader of real-time 3D vision systems used in a variety of commercial applications including autonomous vehicles, vehicle safety systems, mobile mapping, aerial mapping, and security. Its products range from the high-performance, surround view Ultra-Puck™ VLP-32, classic HDL-32/64 and cost-effective VLP-16, to the upcoming, hidden Velarray™. Velodyne's rich suite of perception software and algorithms are the key enablers of its perception systems. Velodyne supports customers from offices in San Jose, Detroit, Frankfurt, and Beijing. For more information, visit http://www.velodynelidar.com.