MEADVILLE, Pa., April 7, 2016 /PRNewswire/ -- The fifth annual Allegheny College Prize for Civility in Public Life will be awarded to Vice President Joseph Biden and Senator John McCain. These two political giants – one from the left and one from the right – have demonstrated throughout the course of their distinguished careers the benefits of civil behavior, and who showed remarkable moments of civility during recent Presidential campaigns. 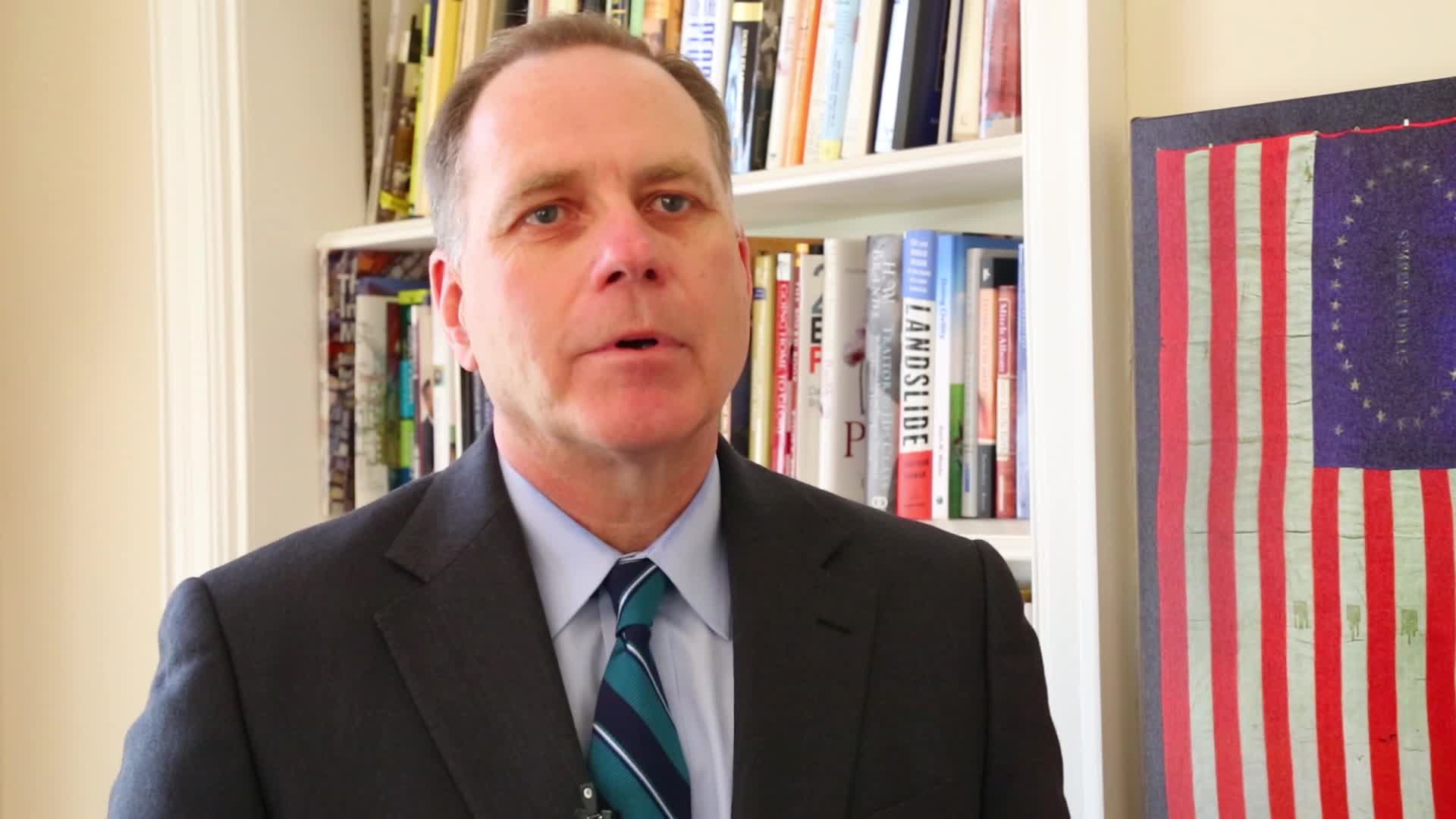 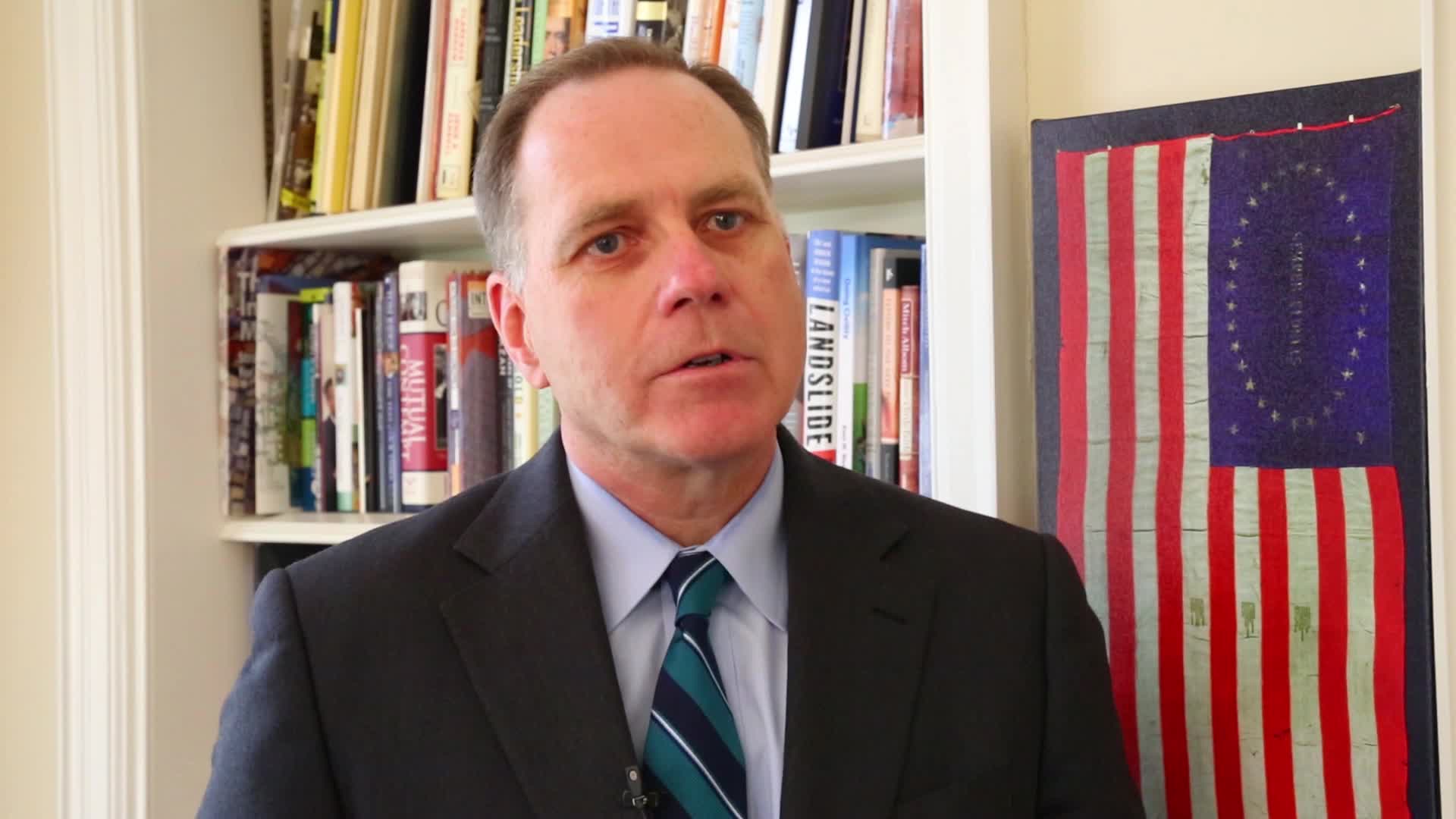 Allegheny College President James H. Mullen, Jr. and Governor Tom Ridge, the first U.S. Secretary of Homeland Security and a 2012 Allegheny College honorary degree recipient, will award the 2016 Prize at an event this summer in Washington.

"I am increasingly fearful that the tone of our politics – particularly this presidential campaign – and the seeming inability to get anything done in Washington is driving young people away from interest in political careers," said President Mullen. "I hear it every day on the Allegheny campus from young people who are deeply committed to service and citizenship. They are fulfilling that passion for service in very important ways like the Peace Corps, but not looking toward elective office as a goal. I fear that this is perhaps the most insidious long-term impact of the behavior we are seeing on the campaign trail– it will drive a generation of talented young people away from active engagement in American politics.

"That is why, through the Prize, we must remind today's students that there are, in fact, political leaders who still see the value of civility in politics and who demonstrate it when it matters most – in the heat of the battle. We recognize Sen. McCain, who during a fiery town hall meeting while campaigning for President in 2008, took back the microphone to correct the misrepresentation of then-Senator Obama. And we salute Vice President Biden, who when announcing in 2015 that he would not seek the Presidency, chose that moment to say, 'I don't think we should look at Republicans as our enemy. They are our opposition.'

"These two powerful moments stand in stark contrast to what we have witnessed in recent weeks and months on the campaign trail. Today we are beginning to see the ominous short-term implications of incivility – excessive conflict and even violence. It is our belief that incivility sets the stage for such action. We are seeing that civility is more important now than perhaps ever before."

In choosing Vice President Biden and Senator McCain, Gov. Ridge said Allegheny has identified two proud partisans who never lose sight of what governing is all about. "Ask anyone who has sat across a table from Joe Biden or John McCain and they'll tell you the same thing – that these are men of principle who hold strong to their beliefs and will argue passionately in defense of their positions. But they also understand that one need not demonize their opposition in order to effectively govern. Their remarkable careers speak to their ability to work collegially and effectively on both sides of the aisle and to rebuke the notion that Republicans and Democrats can't get things done together. Given today's political climate – and the need to shine a bright light on civility where it can be found – I cannot imagine two public servants more worthy of the Allegheny Prize."

Allegheny College is one of the nation's oldest liberal-arts colleges, with a long tradition of passionate but civil intellectual debate. Deeply troubled by the rise of incivility in U.S. politics, and its negative impacts on political participation, particularly among young people, the College created the Civility Prize in 2011 to highlight and reinforce the unheralded public figures who advance civility.

"John McCain has been my friend for nearly 40 years. I have nothing but admiration for him. No disagreement, no matter how big, ever changes that," Vice President Biden said. "I want to thank President James Mullen and Governor Tom Ridge for this award, and inspiring a new generation of public servants to serve the country with conviction and civility."

"I'm honored to be recognized by Allegheny College and thank President James Mullen and my friend Governor Tom Ridge for this distinction," said Senator McCain. "I have always believed that our right to disagree and debate about the challenges facing our nation should never come at the expense of showing respect for one another. As the public's dissatisfaction with government continues to grow, I believe Allegheny College's commitment to promoting civility in political discourse is critical to inspire future generations of Americans to pursue careers in public service."

The Allegheny College Prize for Civility in Public Life annually recognizes two political figures, one from the left and one from the right, who argue passionately but respectfully for their beliefs. Now in its fifth year, the Prize seeks to honor politicians who have demonstrated steadfast civility throughout their career or have shown authentic, courageous civility at an important moment in time. Previous winners include:

Allegheny College is a national liberal arts college where 2,100 students with unusual combinations of interests and talents develop highly valued abilities to explore critical issues from multiple perspectives. A selective residential college in Meadville, Pa., Allegheny is one of 40 colleges featured in Loren Pope's "Colleges That Change Lives" and is also featured in "Harvard Schmarvard: Getting Beyond the Ivy League to the College That Is Best for You" and Peterson's "Competitive Colleges, 400 Colleges That Attract the Best and the Brightest," among many other guidebooks. Allegheny is one of the nation's oldest liberal-arts colleges, celebrating its 200th anniversary of learning at its picturesque campus in 2015.