ROCHESTER, N.Y., Feb. 21, 2019 /PRNewswire/ -- Vuzix® Corporation (NASDAQ: VUZI), ("Vuzix" or, the "Company"), a leading supplier of Smart Glasses and Augmented Reality (AR) technology and products, is pleased to announce that the Company will be attending Showstoppers on Sunday February 24th in Barcelona, Spain.  Vuzix will be demonstrating to media the latest features of Vuzix Blade® AR Smart Glasses that deliver increased functionality and new user experiences at Mobile World Congress (MWC), which will take place February 25-28 at Fira Gran Via in Barcelona, Spain. 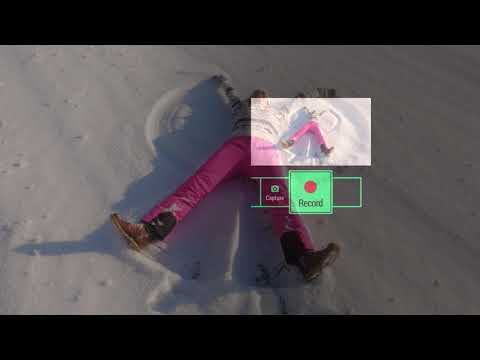 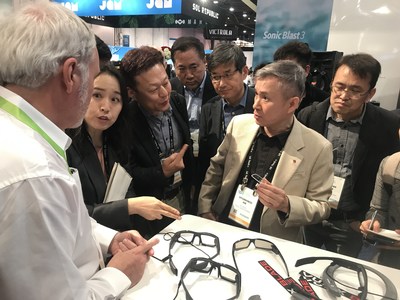 Vuzix will be exhibiting at its main booth located at CS136 Congress Square.  Vuzix will be demonstrating the "Day in the Life with Blade" experience at MWC along with showing some new innovative products at the booth.  The Vuzix M300XL Smart Glasses built for enterprise will be featured alongside Vuzix enterprise software partners demonstrating their applications running at the Vuzix booth which includes AMA, Re'Flekt, Zerintia and Ubimax.

With the latest release of Blade OS 2.1 (available early March), Vuzix will be demonstrating several new features including:

"The latest Blade OS and Vuzix Blade Companion apps provide Blade users with a powerful set of new capabilities and features that mark a significant step forward for the Vuzix Blade Smart Glasses," said Paul Travers, Vuzix President and Chief Executive Officer.  "As exciting as these new features are, Vuzix is just getting started.   Throughout the year, Vuzix will be refining and adding new capabilities to the device. In the coming weeks, Blade users can expect the release of GPS-based applications including weather from AccuWeather and connections to local businesses via Yelp, as well as other Blade applications that include news, sports, entertainment and utility apps via the Vuzix App Store. In addition to these Blade enhancements we are very excited about our upcoming new enterprise products that are being demonstrated at MWC, all representing a significant leap ahead in smart glasses technologies and performance.

Vuzix is a leading supplier of Smart-Glasses and Augmented Reality (AR) technologies and products for the consumer and enterprise markets. The Company's products include personal display and wearable computing devices that offer users a portable high-quality viewing experience, provide solutions for mobility, wearable displays and augmented reality. Vuzix holds 144 patents and patents pending and numerous IP licenses in the Video Eyewear field. The Company has won Consumer Electronics Show (or CES) awards for innovation for the years 2005 to 2019 and several wireless technology innovation awards among others. Founded in 1997, Vuzix is a public company (NASDAQ: VUZI) with offices in Rochester, NY, Oxford, UK, Barcelona, Spain and Tokyo, Japan.

Certain statements contained in this news release are "forward-looking statements" within the meaning of the Securities Litigation Reform Act of 1995 and applicable Canadian securities laws. Forward looking statements contained in this release relate to the Vuzix Blade Smart Glasses, Companion App, their features and performance and among other things the Company's leadership in the Smart Glasses and AR display industry. They are generally identified by words such as "believes," "may," "expects," "anticipates," "should" and similar expressions. Readers should not place undue reliance on such forward-looking statements, which are based upon the Company's beliefs and assumptions as of the date of this release. The Company's actual results could differ materially due to risk factors and other items described in more detail in the "Risk Factors" section of the Company's Annual Reports and MD&A filed with the United States Securities and Exchange Commission and applicable Canadian securities regulators (copies of which may be obtained at www.sedar.com or www.sec.gov). Subsequent events and developments may cause these forward-looking statements to change. The Company specifically disclaims any obligation or intention to update or revise these forward-looking statements as a result of changed events or circumstances that occur after the date of this release, except as required by applicable law.