WOODBURY, Minn., Aug. 1, 2018 /PRNewswire/ -- Waxing The City, a franchise dedicated solely to the art of waxing, will officially open its 100th studio in Bowling Green, KY August 3rd, with grand opening festivities scheduled August 21st.  A huge milestone for the rapidly-growing brand, the franchise breaks into triple digits thanks to the smooth efforts of dedicated franchisees and staff at studios in more than 30 states nationwide. 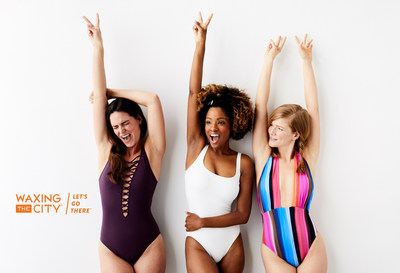 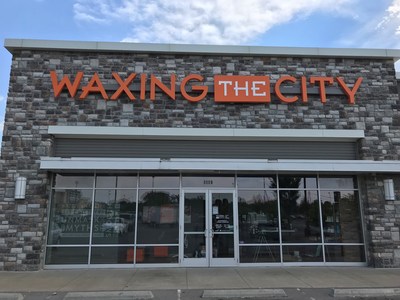 The idea to open a chain of waxing-only studios came from two friends, working together in a beauty salon, who each had a passion for waxing – Summer Vasilis and Alex Arlotta.  The very first Waxing The City studio opened in Denver in 2003.  Over the next few years, a handful of additional locations opened in Colorado and soon thereafter the first franchised location opened in Dallas, TX.  Self Esteem Brands, the parent company of Anytime Fitness, the world's largest fitness franchise, began partnering with Waxing The City in 2012.  Since then, Waxing The City has grown steadily, averaging more than 20 new studios a year.

"Watching this company grow from one to 100 studios has been humbling and exhilarating," said Vasilis. "Our partnership with Self Esteem Brands provides us access to the resources and expertise to promote a steady pace of growth and an ongoing commitment to the success of our franchisees and their teams. Meeting and training new franchisees, who have become exemplary ambassadors of the brand, is a dream come true for Alex and me."

On its climb to 100 studios, Waxing The City has seen significant revenue growth at the unit level, especially in 2018:

On the horizon for the franchise:  another 15 locations by year's end – plus 30 to 40 more studios in 2019.  In addition to the 100 studios now open, another 150 franchise territories have already been sold. Within the next five years, Waxing The City foresees a total of over 300 open studios and the company is actively seeking franchisee partners across the nation.

"This has been an extremely exciting year for Waxing The City," said Brand President Angela Jaskolski. "The strong performance of the brand is a testament to our franchisees and studio teams as well as the talented corporate team behind them, committed to delivering the best tools, programs and support.  It's rewarding to see franchisees, new and existing, benefit from our brand positioning, fantastic line of skincare products, on-site support teams and the increased brand awareness coming from marketing programs designed to be both effective and easy.  However, the real key to our recent success is the exceptional service that Waxing The City clients experience in our studios.  Our Cerologists™ bring this experience to life through a deep connection to customizing each visit to ensure client comfort and quality results before, during and after the service."

Waxing The City's commitment to customer service is perhaps best exemplified by the company's promise to always "Wax Honest" – a celebration of body positivity with a big emphasis on feeling comfortable in your own skin.  Additionally, each Waxing The City Cerologist™ is trained to educate every client on precisely what to expect during and after their waxing experience.  Clients will also see "Wax Honestisms" on full display in the studio, including fun posters with amusing messages like, "Good brows hide a multitude of sins," "Smooth backs save marriages," and "Your bush won't bewilder us."

"At the heart of our success you will find a passionate, purpose driven Cerologist with a promise to Wax Honest," said Vasilas.  "Our commitment to the care and comfort of our clients and Cerologists has always been what sets us apart."

For more information on franchise opportunities at Waxing The City please visit http://franchise.waxingthecity.com/.

ABOUT WAXING THE CITY

Waxing The City is a franchise devoted solely to the art of waxing, catering to both women and men. Founded in 2003, in the trendy LoDo neighborhood of Denver, CO, Waxing The City grew from a one-room studio, to a regional phenomenon. By 2010, Waxing The City added three studios in the greater Denver area and also expanded to Dallas, TX. From the start, the founders have been committed to hiring the best and making them better. To ensure "Waxing Standards of Excellence," every licensed Cerologist® (esthetician) at Waxing The City completes an extensive training course before they serve clients.  In late 2012, the founders of Waxing The City partnered with MN-based Anytime Fitness, LLC, the world's largest co-ed fitness franchise.  Anytime Fitness is leveraging its tried-and-true franchise support systems to Waxing The City franchisees.  Waxing The City hopes to have nearly 200 studios open by the end of 2020.  For more information, please visit WaxingTheCity.com/franchise or call (866) 956-4612.