WATERBURY, Conn., Jan. 23, 2020 /PRNewswire/ -- Webster Financial Corporation (NYSE: WBS), the holding company for Webster Bank, N.A., announced today that James C. Smith, non-executive Chairman, has informed the Company that he will retire from the Board of Directors at the Company's 2020 Annual Meeting of Shareholders.  Webster's Board has elected Director, President and Chief Executive Officer (CEO) John R. Ciulla to succeed Smith as Chairman. 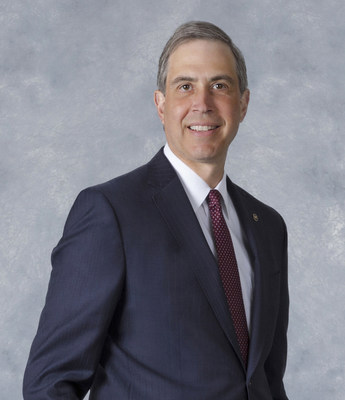 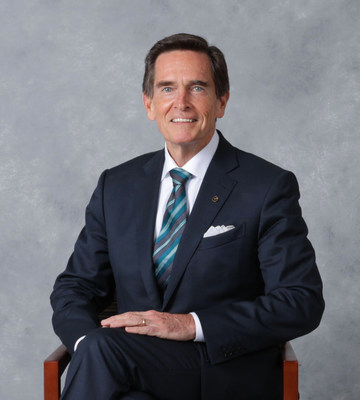 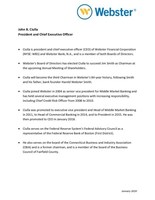 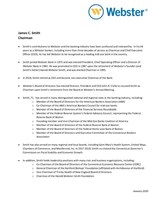 Smith, 71, joined Webster in 1975 and became President in 1982. He was promoted to CEO in 1987 upon the retirement of Webster's founder (and Smith's father) Harold Webster Smith. Smith became Chairman and CEO in 1995, and retired as CEO in January 2018. At that time, he became non-executive Chairman.

"Webster's leadership succession plan, implemented seamlessly over several years, is now complete. The Board and I believe that Webster will thrive under a principled leader who serves as both Chairman and CEO.  John is that leader, having ably demonstrated his leadership skills, strategic acumen and responsible stewardship of the values that define Webster," said Smith.  "As I conclude my service to this great company, I celebrate its future knowing that Webster is in excellent hands. I am forever grateful to Webster's bankers who are steadfastly committed to adding value for those who rely upon them."

"On behalf of the Board, I would like to thank Jim for his significant and noteworthy contributions to Webster and the banking industry for over four decades. His impeccable career as Chairman and CEO has led Webster to be recognized as a leading mid-size bank in the country," said Bill Atwell, lead independent director of the Webster Board of Directors. "John has continued to deliver strong results and is a well-respected leader who personifies our cultural values which have been integral to the success of Webster."

"I am honored to have the Board's confidence and I remain committed to achieving purposeful progress on clearly defined strategies," said Ciulla. "Webster's considerable progress over time is a reflection of the quality and dedication of our leadership team and the 3,400 values-guided Webster bankers who excel in service to our customers, our communities and one another."

"On behalf of the executive team and all our bankers, we want to thank Jim for his dedication and commitment which have shaped the great heritage and legacy of Webster, and led to our long-standing reputation as a strong, values-based company," added Ciulla.

Ciulla, 54, joined Webster in 2004 and has served in several management positions with increasing responsibility, including Chief Credit Risk Officer and Head of Commercial Banking.  In 2015 he was promoted to President, and to CEO in January 2018. Ciulla is also the president of the bank's holding company and a member of the Webster Bank, N.A. Board of Directors.  He also serves on the Federal Reserve System's Federal Advisory Council as a representative for the Federal Reserve Bank of Boston (First District).