MERRILLVILLE, Ind., Feb. 2, 2018 /PRNewswire/ -- An official groundbreaking of the 613-room Austin Marriott Downtown took place on January 30 with White Lodging executives and city leaders. The hotel, located adjacent to the Austin Convention Center, is scheduled to open in the summer of 2020.

The full-service, 31-story Marriott is at the corner of Cesar Chavez and San Jacinto, and will offer spectacular views of the University of Texas campus, the State Capitol and downtown Austin's skyline. 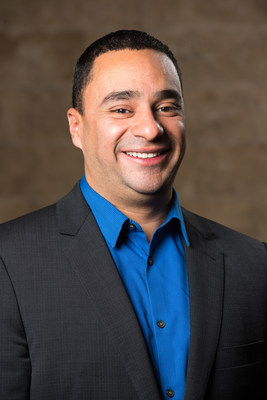 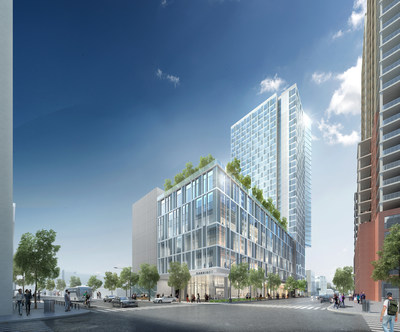 "This project will complement the existing JW Marriott Austin," said Deno Yiankes, President and CEO Investments and Development at White Lodging, referencing the White Lodging developed property which opened in 2015. "Together, these properties will provide a game-changing opportunity for the city, elevating its attractiveness for large meetings and conventions, which otherwise might not consider Austin."

Together, the two properties have more than 1,600 rooms and nearly 180,000 square feet of meeting space, which will be within two blocks of the convention center. There are only a handful of other cities in the country that offer this amount of rooms and meeting space in the heart of their city's centers, and an even smaller number that have one sales organization with direct sales impact over multiple hotels.

The Austin Marriott Downtown will have 64,000 square feet of meeting, exhibit and entertainment space, three bars and a street-level full-service restaurant. It will also feature an exhibit hall with floor-to-ceiling windows along a 170-foot glass wall.

The seventh-floor pool deck will feature private cabanas with ceiling fans, TV and private waiters, plus private seating areas with individual fire pits. The M Club will have its own private outdoor terrace for VIP guests.

Guests will also be able to keep their vehicles out of the elements in the self-contained 257-space underground parking garage.

During the groundbreaking, White Lodging also introduced the new Director of Sales & Marketing for the Austin Marriott Downtown, Fernando Estala.

"Fernando is a respected and highly engaged sales leader with experience from Marriott's most prestigious convention hotels throughout the country," said Chris Anderson, Senior Vice President and Chief Revenue Officer of full service at White Lodging.

"His strong reputation in the industry, and among meeting planners, makes him the perfect fit to lead the newest lifestyle generation of Marriott Convention Hotels."

White Lodging, established in 1985, is one of the leading hotel ownership, development, and management companies in America.  An innovative trendsetter, the organization's portfolio includes convention, urban lifestyle, and suburban hotels with more than $1 billion in annual revenue. White Lodging operates 90 premiere hotels, 30 restaurants/bars and 26 brands — including Marriott International, Hilton Worldwide, Hyatt Global, and InterContinental Hotel Group and its own Collection of Luxury Ranches. White Lodging is one of the most active developers in the US with over 18 projects currently in development. Success knows no boundaries at White Lodging, where associates and leadership have consistently earned industry leading guest satisfaction scores, market share and profit margins while recruiting and retaining the best, brightest, and most passionate professionals in every discipline for three decades. For more information about White Lodging, visit www.whitelodging.com, or connect on Facebook, Twitter, LinkedIn and Instagram.