NEW YORK, Oct. 24, 2017 /PRNewswire/ -- Wibbitz, the leading AI-powered video creation platform, today announced it has raised $20 million in Series C funding. Bertelsmann Digital Media Investments (BDMI), led the round with participation from The Weather Channel television network, The Associated Press, TF1 Group, and existing investors including NantMobile, lool Ventures, and Horizons Ventures. Wibbitz is continuing its global expansion, and today's financing will be used for key hires across its development, product, design, sales, marketing, support and in-house editorial teams. The funding will also be invested in advancing artificial intelligence technologies and automation capabilities of its web-based platform for an even smoother and smarter video creation experience, and to launch products built for new markets and use cases. As the audience for digital video soars to over 2 billion viewers worldwide, and individual digital video consumption in the U.S. is projected to exceed 80 minutes per day by 2019, publishers seeking to rapidly scale production, distribution, and revenue derived from quality video content that stays true to their editorial voices are doing so in partnership with Wibbitz. 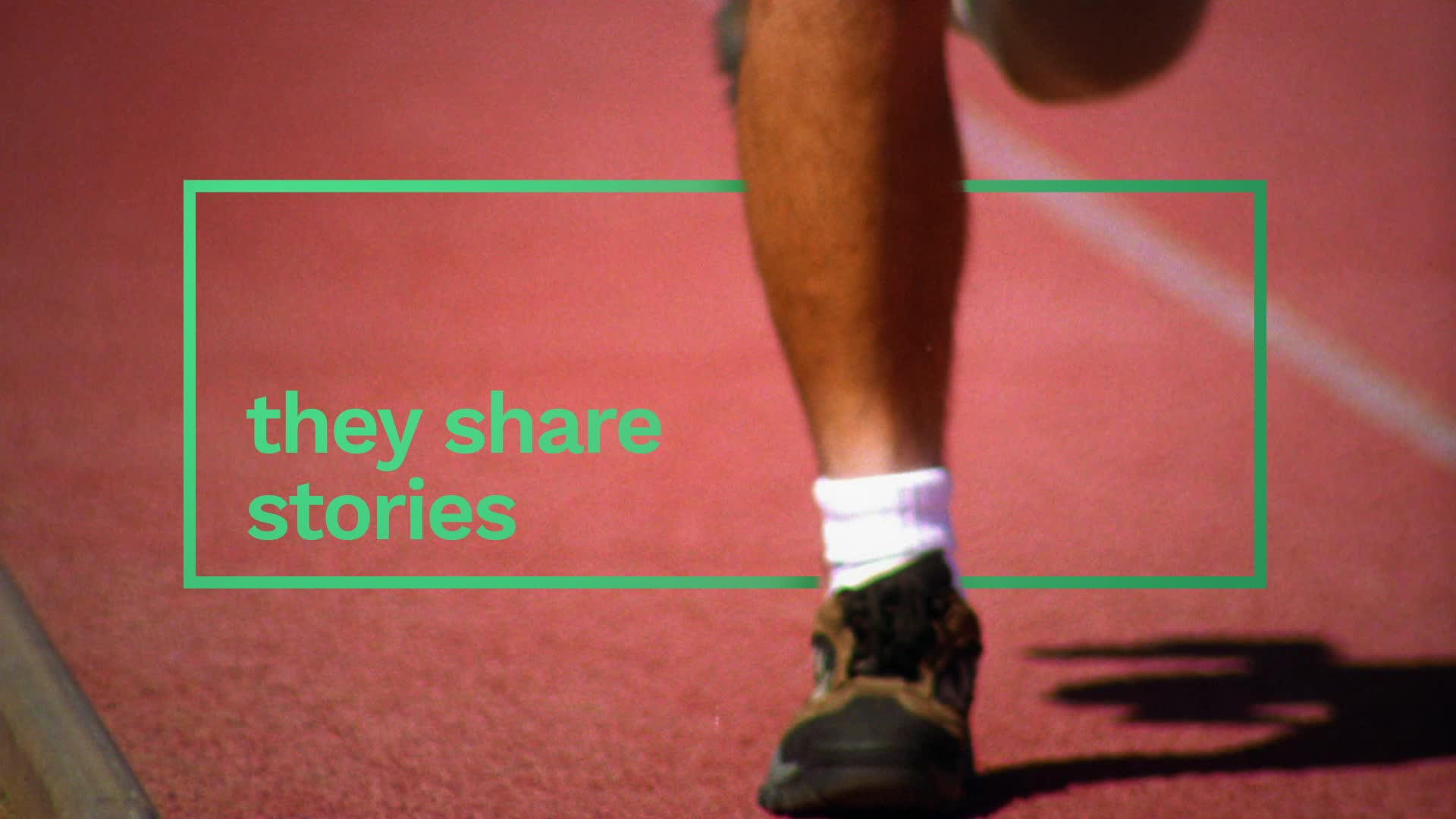 "Audiences expect video wherever they consume content, and every platform demands its own unique video formats. Wibbitz helps publishers solve the biggest challenges posed by video - resources and bandwidth. Today's funding not only underscores the rising value of video, but also the power of AI and automation technologies to reduce tedious, production-related processes," said Zohar Dayan, Co-founder and CEO of Wibbitz. "Our publishing partners spend under six minutes, on average, producing original videos that drive four times the engagement of text-only content. These videos are intricate, composed of beautiful media, text overlays, custom branded graphics, diverse soundtracks and more. It's humbling to secure funding from such amazing partners so that we can expand our product capabilities, our team, and the global reach of Wibbitz in the years ahead."

Today's investment follows a period of rapid growth for Wibbitz with a 400 percent YOY increase in revenue expected in 2017. Wibbitz's customer base now includes over half of the top 100 digital media companies in the U.S. and Europe with recent partnerships being formed with Bloomberg, Cox Media Group, SmarterTravel, REVOLT Media & TV, TEN: A Discovery Communications Company, Evolve Media, and the Weather Channel television network. The company employs over 60 people across three global offices in New York City, Tel Aviv, and Paris, with plans to open more in the coming year.

"Whether it's breaking news a publication needs out now, or vertical content consumed on Snapchat, video is here to stay. Over 50 percent of publishers say video is the most essential aspect of their editorial and monetization strategies, and Wibbitz is helping industry leaders exceed their goals with powerful automation that enables a new way to create visual content," said Urs Cete, Managing Partner of BDMI. "It's a testament to the Wibbitz platform and its devoted team to be able to name publishers including CBS Interactive, Time Inc., Reuters, Forbes, and Hearst as customers entrusting the company with such a key pillar of their future success. We're excited to be a partner to Wibbitz as it continues to grow both the product and the team as global digital video demand soars."

The Weather Channel's investment comes a year after partnering with Wibbitz to automate video creation for its OTT streaming service, Local Now. Editors at Local Now leverage the Wibbitz platform to produce videos around hyper-local news in weather, politics, sports, and business to publish on platforms including Apple TV, Roku, Sling TV, desktop and mobile devices.

"At The Weather Channel we are deeply committed to innovation and growth, and after seeing the capabilities and potential of Wibbitz's technology, we've realized we don't want to just adopt it for ourselves, we also want to have proverbial skin in the game and ensure media companies are heard in the process of product development," said Dave Shull, CEO of The Weather Channel television network. "In order to meet the needs of the next generation of local news and weather viewers, all publishers must think video-first, which can be an intimidating shift due to budgets, staffing, and time. Wibbitz removes all those barriers, ensuring every publisher can deliver the best video experience, professionally, and in keeping with their editorial voice. We're looking forward to working with Wibbitz closely to contribute to the future usability and functionality of the platform that will meet the needs of every brand around the globe."

Wibbitz most recently raised an $8 million Series B in 2015. With today's announcement, the company's total funding is now $30.8 million.

Wibbitz is the leading AI-powered video creation company for storytellers. Partners including CBSi, Forbes, Reuters, Time Inc, Hearst, and The Street use its patented text-to-video technology to automatically produce custom branded, short-form videos at scale. Wibbitz supports video creation and distribution for over 400 publishers, helping to increase audience engagement and ad revenues across desktop, mobile, and social. Founded by Zohar Dayan and Yotam Cohen in 2011, Wibbitz has offices in NYC, Tel Aviv, and Paris. For more information visit www.wibbitz.com and follow @wibbitz.

Bertelsmann Digital Media Investments (BDMI) is a wholly owned subsidiary of the global media, services and education company Bertelsmann. As a financially driven corporate venture investor, BDMI draws upon Bertelsmann's global reach to provide not only capital, but also access to their network of businesses within Bertelsmann and across the media industry. BDMI has invested in over 50 startups since 2007 and is currently focused on the categories of online video, ad tech, SaaS, content and e-commerce. For more information visit www.bdmifund.com.

About The Weather Channel television network

For more than 34 years, The Weather Channel television network has been the leader in severe weather coverage, providing the most comprehensive analysis of any media outlet. For six years in a row, Harris Poll has ranked The Weather Channel as the "TV News Brand of the Year." With trusted meteorologists who analyze, forecast and report the weather - its expertise is unrivaled.  Engaging with fans and delivering content to feed their fascination with all things weather is paramount to the network's mission. With the recently launched community platform, weloveweather.tv, the network created a 2-way dialogue with fans, establishing an ongoing relationship with those that have a passion for weather. For more information visit weathergroup.com.

The Associated Press is the essential global news network, delivering fast, unbiased news from every corner of the world to all media platforms and formats. Founded in 1846, AP today is the most trusted source of independent news and information. On any given day, more than half the world's population sees news from AP. On the web: www.ap.org.

TF1 is the leading private audiovisual group in free-to-air television in France. The Group's five complementary free-to-air channels, TF1, TMC, NT1, HD1 and LCI), together claimed an average audience share of 27.7% in 2015. LCI is being added to the Group's free DTT channels in 2016. The Group is strengthening this leadership position by continuously adapting to the new ways in which viewers are consuming content. TF1 is thus developing a powerful digital format for its channels. Exclusive digital content and video-on-demand products are also offered in order to reach all audiences across all platforms. The Group also produces top-quality theme channels in Pay-TV that meet the specific viewer needs: TV Breizh, Histoire, Ushuaïa and Serieclub (50% owned).