LONDON, Feb. 5, 2019 /PRNewswire/ - WildBrain, one of the world's largest and most popular networks of children's videos on YouTube, has expanded its footprint with the launch of four new channels on leading AVOD platforms Apple TV, Amazon Fire and Roku. The new channels include a WildBrain hub channel, as well as three curated channels dedicated to preschool content, kids' action and Degrassi, each collecting together genre-specific and age-appropriate entertainment for young people to enjoy. The initial offering on the channels includes such popular brands as Teletubbies, Tiddlytubbies, Kiddyzuzaa, Sonic, In the Night Garden, Super Mario, Inspector Gadget and Degrassi. WildBrain intends to expand the offering on the channels each month with additional content from its most popular brands. In the first year, WildBrain expects to reach millions of viewers across these new channels, which are now available in the US and Canada for free on the streaming platforms. 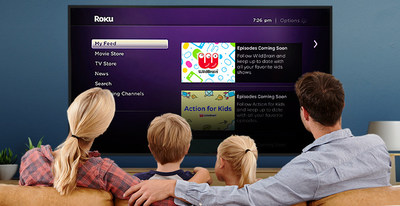 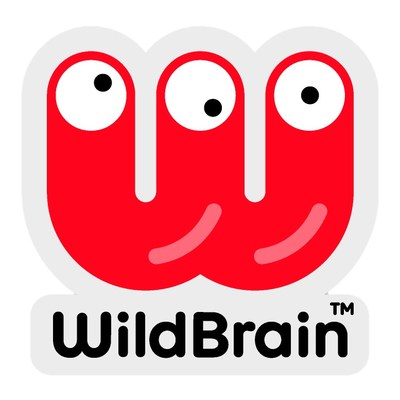 "WildBrain has already achieved tremendous success on YouTube and we have now extended our reach across these additional AVOD platforms to grow our audiences in the US and Canada even more," said Jon Gisby, Managing Director at WildBrain. "Our library offers an enormous range of entertainment content for kids of every age, and we're delighted that families with Apple TV, Amazon Fire and Roku will now have additional options for enjoying WildBrain's top brands on their TVs, phones, tablets and computers."

WildBrain's branded YouTube network is one of the largest of its kind, featuring more than 145,000 videos for over 600 kids' brands in up to 22 languages. From July to September 2018, one-third of the approximately 830 million kids around the world with access to YouTube watched at least one video on the WildBrain network.

WildBrain is an industry leader in the management and creation of preschool and children's entertainment content on platforms such as YouTube, Roku, Apple TV, Amazon Fire and others. WildBrain's branded YouTube network is one of the largest of its kind, featuring more than 145,000 videos for over 600 kids' brands in up to 22 languages. One in three kids worldwide with access to YouTube watch video on the WildBrain network, which has over 75 million subscribers, and generated over 161 billion minutes of watch time across 32 billion views in 2018. Connecting kids' content owners with advertisers in the Advertising Video-on-Demand (AVOD) space, the WildBrain network features popular third-party brands such as Fireman Sam, Woody Woodpecker, Popeye, Shopkins, Irish Fairy Doors and Ben 10; original brands Kiddyzuzaa and Ellie Sparkles; and much of DHX Media's world-renowned library of 13,000 half-hours of kids' and family content, including Teletubbies, Strawberry Shortcake, Caillou, Inspector Gadget, Degrassi, Yo Gabba Gabba! and many others. WildBrain Studios also specializes in the creation of new, original content for its network, such as animated and live-action shorts; toy-play and stop-motion videos. WildBrain is a wholly owned subsidiary of DHX Media (TSX: DHX;NASDAQ: DHXM).

DisclaimerThis press release contains "forward-looking statements" under applicable securities laws with respect to DHX Media including, without limitation, statements regarding intentions of WildBrain with respect to content offered on its new channels, expectations regarding viewership and audience growth, and the business strategies and operational activities of DHX Media and results therefrom. Although DHX Media believes that the expectations reflected in such forward-looking statements are reasonable, such statements involve risks and uncertainties and are based on information currently available to DHX Media. Actual results or events may differ materially from those expressed or implied by such forward-looking statements. Factors that could cause actual results or events to differ materially from current expectations, among other things, include consumer preferences, market factors, the ability of DHX Media to execute on license and other agreements, and other factors discussed in materials filed with applicable securities regulatory authorities from time to time including matters discussed under "Risk Factors" in DHX Media's most recent Annual Information Form and annual Management Discussion and Analysis, which also form part of DHX Media's annual report on Form 40-F filed with the U.S. Securities and Exchange Commission. These forward-looking statements are made as of the date hereof, and DHX Media assumes no obligation to update or revise them to reflect new events or circumstances, except as required by law.