RENTON, Wash., Oct. 29, 2019 /PRNewswire/ -- Wizards of the Coast, a subsidiary of Hasbro, Inc. (NASDAQ: HAS), today announced that it has acquired Tuque Games, a digital game development studio based in Montreal. Tuque is led by veterans of the game industry with experience working for leading publishers. Tuque will continue the development of games for Wizards of the Coast's best-known brands, beginning with Dungeons & Dragons.

"At Wizards, we're continuing our commitment to creating new ways to bring our fan favorite brands to life," said Chris Cocks, President, Wizards of the Coast. "Our unique approach of connecting fans around the tabletop as well as through our expanding portfolio of digital games is redefining what it means to be a games company."

Founded in 2012 by Jeff Hattem, Tuque Games released their first title, Livelock, to critical acclaim in 2016. Now with over 55 full-time employees, Tuque will focus on the development of digital games based on the popular Dungeons & Dragons franchise.

"Tuque is thrilled to have the opportunity to be part of the Wizards of the Coast team," said Jeff Hattem, Founder, Tuque Games. "By working more closely together, we can accelerate our joint vision and bring to life new games, characters and worlds in Wizards of the Coast's roster of franchises."

"In Tuque, we believe we have found a unique partner that pairs the nimbleness of an indie studio with the veteran leadership and scale required to deliver complex AAA games for our largest franchises," said David Schwartz, VP of Digital Publishing, Wizards of the Coast.  "We are excited to bring Jeff and the Tuque team to the Wizards of the Coast family, which we believe will allow us to continue to meet the needs of our fans while enabling us to scale our digital games development capabilities even faster."

ABOUT WIZARDS OF THE COAST

Wizards of the Coast brings people together through their shared love of games. Magic: The Gathering, Dungeons & Dragons, and other Wizards games are enjoyed by friends around the world, both at gaming tables and on digital platforms. We bring together world-class creators in game design, worldbuilding, fantasy art, and interactive events to create unforgettable moments.

Tuque Games is a video game developer based in Montreal, Canada. One of Montreal's growing list of independent development studios, it released its first title, Livelock in 2016 and is developing a game based on the massively popular Dungeons & Dragons franchise. Learn more at https://www.tuquegames.com/

Hasbro (NASDAQ: HAS) is a global play and entertainment company committed to Creating the World's Best Play and Entertainment Experiences. From toys and games to television, movies, digital gaming and consumer products, Hasbro offers a variety of ways for audiences to experience its iconic brands, including NERF, MY LITTLE PONY, TRANSFORMERS, PLAY-DOH, MONOPOLY, BABY ALIVE, MAGIC: THE GATHERING and POWER RANGERS, as well as premier partner brands. Through its entertainment labels, Allspark Pictures and Allspark Animation, the Company is building its brands globally through great storytelling and content on all screens. Hasbro is committed to making the world a better place for children and their families through corporate social responsibility and philanthropy. Hasbro ranked No. 13 on the 2019 100 Best Corporate Citizens list by CR Magazine, and has been named one of the World's Most Ethical Companies® by Ethisphere Institute for the past eight years. Learn more at www.hasbro.com, and follow us on Twitter (@Hasbro) and Instagram (@Hasbro).

This press release contains forward-looking statements, including statements relating to the expected benefits of the acquisition of Tuque Games. These forward-looking statements may be accompanied by words such as "anticipate," "believe," "could," "estimate," "expect," "forecast," "intend," "may," "plan," "potential," "project," "target," "will" and other words and terms of similar meaning. You should not place undue reliance on these statements.  These forward-looking statements involve risks and uncertainties that could cause actual results to differ materially from those reflected in such statements, including uncertainty of whether Wizards of the Coast can achieve the expected benefits from the acquisition and successfully integrate the operations of Tuque Games; risks of unexpected costs, liabilities or delays; integration difficulties, including the ability to retain key personnel; risks and uncertainties relating to the play, digital gaming and entertainment industries; and risks and uncertainties described in the risk factors section of Hasbro's quarterly and annual filings with the Securities and Exchange Commission. These statements are based on Hasbro's current beliefs and expectations and speak only as of the date of this press release. Hasbro does not undertake any obligation to publicly update any forward-looking statements, whether as a result of new information, future developments or otherwise.

SOURCE Wizards of the Coast 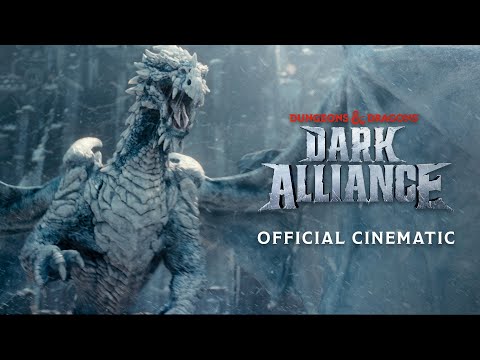