BEIJING, April 28, 2018 /PRNewswire/ --  Co-sponsored by Hanergy Thin Film Power Group and China Daily, the Hanergy Sunshine International Photography Initiative is aimed at showcasing the clean-energy company's leading technologies, as well as its efforts to create a better life through the lenses of photographers from around the globe. 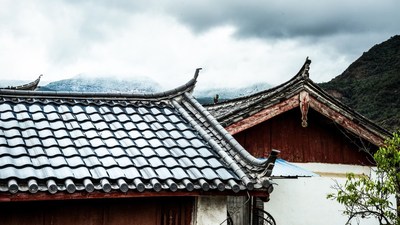 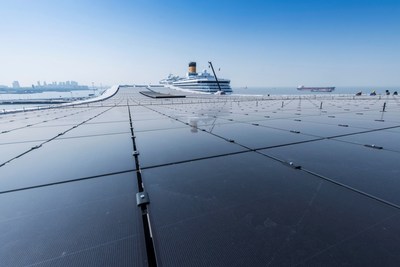 Hantiles, which disrupt the traditional concept of tiles, perfectly combine solar energy and buildings. They turn each building into a zero-energy consumption power plant, producing the asset of green energy.

Hantiles can not only bring clients practical, investment and cultural value, but also social value. For a house installed with 100 square meters of Hantiles, the power produced is equivalent to that made by 123 tons of coal in 30 years. By not burning this coal, the house helps to avoid the emissions of 322 tons of carbon dioxide, 1,045 kilograms of sulfur dioxide and 910 kg of nitrogen oxide, which is also equivalent to planting 340 green trees.

In addition, these photographers visited Jin'anqiao Hydropower Station as well as Hanergy's R&D and manufacturing base in Southwest China's Shuangliu (Chengdu) and the base using Hanergy's solar power technologies in South China's Heyuan (Guangdong).

Jin'anqiao Hydropower Station, where Hanergy invested more than 20 billion yuan to build on a plateau with an altitude of 2,000 meters, is the largest privately owned hydropower station in the world. The total installed capacity of this station is 3 million kilowatts, 10 percent more than that of the Gezhouba Dam Hydropower Station, and its annual power generation is up to 13 billion kilowatt-hours.

Photos in this release are selected from over 1,000 works, with each photo telling a story about Hanergy and Hantile, while showing the company's dedication to improving public well-being. More pictures and stories will be offered through China Daily and chinadaily.com.cn.