SHENZHEN, China, Jan. 24, 2018 /PRNewswire/ -- Global sustainable development needs to be addressed through a multi-stakeholder approach, and philanthropists have an important role to play, according to Jeffrey D. Sachs, director of the UN Sustainable Development Solutions Network, during his presentation, "China's Leadership in Global Sustainable Development" at Peking University HSBC Business School (PHBS) in January, 2018. 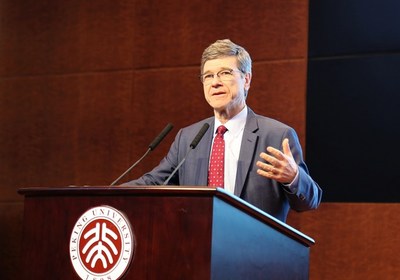 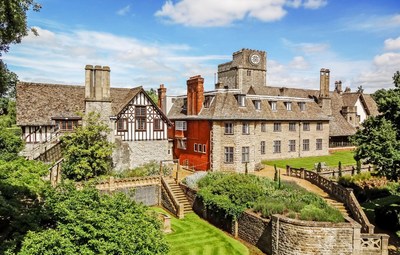 This Columbia University professor marveled at the tremendous changes of China within the past three decades, yet added that China is shouldering a profound global responsibility as it is becoming the biggest economy in the world. "The world needs China's leadership."

Then, Sachs discussed that the world is moving into a new economic paradigm, introducing worldwide economic indicators such as historical development population and environmental changes to illustrate his point. He also addressed technological innovation, which has led GDP growth. Since 1980, East Asia has embarked on a steep rising trend that is led by China, Japan, Korea and ASEAN, while the West has been on an economic downturn. He noted that in 2013, China surpassed the US in the share of world GDP and that the US no longer dominates the world economy. Sachs said that these trends indicate that with sustainable development of a dynamic economy, China will take in the worldwide lead within the coming decades.

Sachs also noted that the growing world population and overuse of natural resources have led to such negative consequences as global warming, rising sea level, frequent hurricanes that will challenge humankind's long-term survival. With this scenario, he mentioned his new book The Age of Sustainable Development, in which he reasons that only through global cooperation can individual nations overcome the interconnected global-scale crises of extreme poverty, economic instability, social inequality, and environmental degradation, etc. He suggested all countries to make joint efforts in technical skills and sciences, sharing responsibility to solve global problems.

Sachs then introduced the United Nations Sustainable Development Goals (SDGs), a set of 17 "Global Goals" with 169 targets adopted in September 2015, including no poverty, zero hunger, quality education, economic growth and so on which are applicable to all countries. He appealed nations to make joint endeavors in energy transformation and use alternative energy as a substitute for coal, etc.

At the end of this speech, Sachs called for universities to cooperate worldwide, saying that knowledge is vital for getting rid of poverty. He hopes such world renowned universities as Peking University and Tsinghua University, for example, would make joint efforts to build a global knowledge network, writing a new chapter of education in supporting sustainable development.

As an international business school, PHBS remains focused on education. Located in Shenzhen, China's first Special Economic Zone, and adjacent to the Asian financial hub of Hong Kong, PHBS is at the cutting-edge of China's economic reform and management practices. Rooting in its internationalized mission and instructional orientation, PHBS opens a new chapter of PKU's economics and business education.

In February 2017, PHBS has taken a bold step to invest in a new UK campus at Boars Hill, Oxfordshire, England. Not only is this new investment a milestone for PKU but also for the development of China's higher education, opening its market to the world.