BRISBANE, Australia, Oct. 24, 2019 /PRNewswire/ -- The hottest firefighters in Australia are back again in their internationally popular Australian Firefighters Calendar. For 2020, they have a special treat with six editions of the calendar, featuring for the first time the addition of France and Germany's sexiest firefighters alongside rescue cats, dogs, horses, Australian native animals, and even farm animals.

With a proud 27-year history of helping those in need, the Australian Firefighters Calendar has raised more than $3 million for various charities. Since 1993, firefighters from around Australia's urban, rural, armed forces, aviation, and corporate fire-fighting services have been coming together to create the world's most iconic calendar. They also have a rich history of supporting Australia's biggest children's hospital organizations.

In 2020, the Australian Firefighters Calendar will support smaller, local charities with more of a focus on native Australian, rescue, and therapy animals.

"We felt that it was important to help some of the smaller charities that the public never hears about. These grassroots organizations work tirelessly in their local community making a huge difference to people's lives," says David Rogers, director of the Australian Firefighters Calendar.

The Australian Firefighters Calendar will support Healing Hooves which helps children suffering from Autism and Asperger's and returning veterans suffering from PTSD and older people with dementia and Alzheimer's; Currumbin Wildlife Hospital which has been caring for injured native Australian animals for over 70 years; and BackTrack which was founded by Bernie Shakeshaft and helps disaffected youth get their lives back on track using a back to basics formula of respect and responsibility.

Finally, the funding will support Pets of the Homeless, which feeds the pets of homeless people and provides temporary housing for pets that can no longer be looked after by their owners due to domestic violence situations or unforeseeable events that can occur.

To learn more and see the covers of the 2020 calendars, visit AustralianFirefightersCalendar.com.

Established in 1993, The Australian Firefighters Calendar is distributed across the globe and raises critical funds for charities. For more information about the 2020 calendar and charities they support, visit AustralianFirefightersCalendar.com and follow them on Facebook. 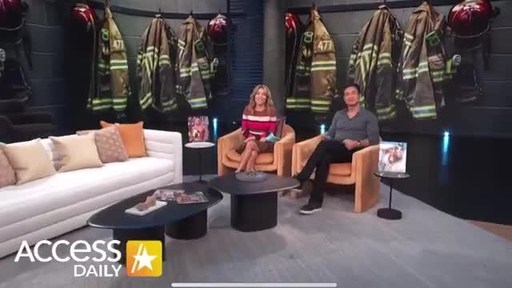