LAS VEGAS, Oct. 7, 2020 /PRNewswire/ -- Entertainment returns to Wynn Las Vegas with the new Lake of Dreams, the only show to debut this fall anywhere on The Strip. Staged outdoors in an environmental theater with open-air patios for viewing, Lake of Dreams is uniquely suited for a socially distanced experience while providing all the glamour, excitement, and larger-than-life spectacle visitors expect from a Las Vegas show. In development for two years, the new Lake of Dreams is an immersive theatrical journey that unfolds over 12 high-tech artistically diverse new acts that combine magic, lights, film, music, sculpture, and puppetry. 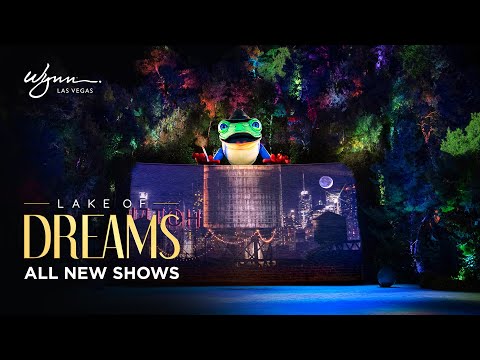 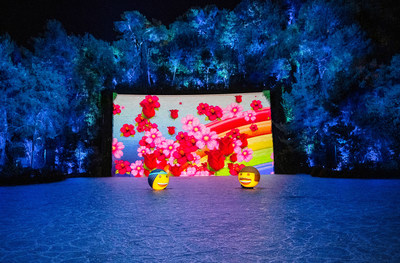 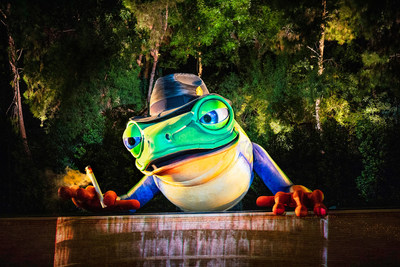 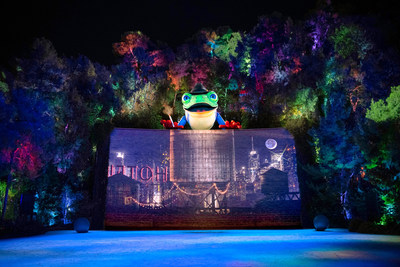 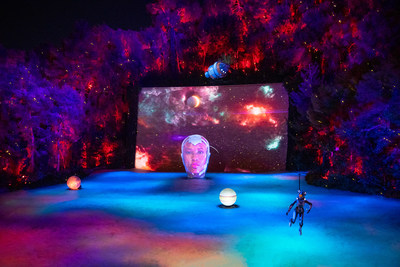 "I am proud that Wynn Las Vegas is the first casino resort to bring back the kind of big, bold entertainment experience The Strip has been waiting for," said Matt Maddox, CEO of Wynn Resorts.

Fifteen years after Lake of Dreams first opened in 2005, the original artistic team of world-renowned creators reunited for the 2020 reimagining, including director Kenny Ortega, production designer Michael Curry, and lighting designer Patrick Woodroffe. Joining the principal team are sound designer Peter Hylenski and video design director Gary Jaeger. To deliver the show during a pandemic and overcome international travel restrictions, all artists and engineers worked remotely as much as possible with Woodroffe directing lighting virtually from his studio in London, and Ortega and Curry taking turns overseeing the show's direction and installation at the resort alongside Wynn's entertainment general manager Rick Gray.

"Artistic collaboration, imagination, and innovation in technology have inspired our journey over the past two years to bring all-new state-of-the-art entertainment to Lake of Dreams," said Ortega. "In this lush and serene mountain-scape, waterfall, and lake environment, towering puppetry and animatronics burst to life. This one-of-a-kind living theatre features music, filmed live action, animation, visual effects, and inspired production design coming together in a dazzling spectacle of light and magic."

To execute the technologically advanced new acts, a $14 million state-of-the-art upgrade touched every facet of the custom-built outdoor environmental theater, which consists of a central 45-foot by 90-foot performance waterfall framed by a three-acre lake, 11-story mountain, and 1,500 pine trees. Each act comes alive through cutting-edge equipment added to the theater including an invisible overhead 3D fly system, 4K video projectors, elaborate laser mapping, innovative floating video orbs that project images from the inside, and more than 5,500 LED lights.

"The secret of great lighting is to have something great to light," said Woodroffe. "At Lake of Dreams, we are spoiled to have such a beautiful tapestry of lake, waterfall, and forest as our stage set. So natural and benign during the hours of daylight, at night the landscape explodes into a diorama of color and movement, and the trees dance with the music. The immersive experience for our audience, seated at the very heart of this fantastic world, is unique and unforgettable."

Joining the cast of characters are several new remarkably engineered animatronics. Taking center stage are Lady Birds, a trio of 28-feet-tall, 17,000-pound festooned show-stopping songbirds who are always the life of the party; and Astronaut, a space explorer navigating her way through an interstellar mission during one of the show's most ambitious sequences that combines all of the theater's new technology. Lake of Dreams wouldn't be complete, however, without Singing Frog, the iconic 30-foot amphibian and original cast member who was rebuilt with advanced robotics and returns with a dapper new look.

"Throughout my 30-year career, I've found that people are thrilled by fantastic characters," said Curry. "After the success of the Lake of Dreams frog, who for 15 years has been singing male songs, we wanted to create a female perspective. The fabulous Lady Birds are driven by dozens of computer-controlled servo motors and are decked out in spectacular bejeweled costumes to rival any Las Vegas headliner. They sing, they dance, and are truly one-of-a-kind characters."

Highlights of new digital characters are Emoji Orbs, a duo of whimsical emoticons who joyfully express their love for each other; Electra, the show's celestial emcee made of pure light who flies through the air to interact with the audience; and The Swimmer, an underwater live action film sequence that follows a mythical mermaid. The new Lake of Dreams is backed by an equally fresh soundtrack of modern pop hits and classic standards including "Born This Way," "Lady Marmalade," "Side Effects," "New York, New York," "I Got You Babe," a stirring original cover of "Space Oddity," and many more.

Later this fall Behind The Waterfall will debut, a docu-style video that chronicles the show's creation process. Filmed over eight months, the video features exclusive interviews with the show's creators, a visit to Curry's production studio for an in-depth look at how the massive animatronic characters are created, and the most intimate behind-the-scenes look at Lake of Dreams and its one-of-a-kind theater ever captured on film.

Lake of Dreams is complimentary with nightly performances beginning at sundown. For more information visit www.WynnLasVegas.com.

About Wynn Las VegasWynn Resorts (Nasdaq: WYNN) is the recipient of more Forbes Travel Guide Five Star Awards than any other independent hotel company in the world and was once again named the best resort in Nevada on Condé Nast Traveler's 2019 "Gold List," a title received for the twelfth time. Wynn and Encore Las Vegas consist of two luxury hotel towers with a total of 4,748 spacious hotel rooms, suites and villas. The resort features approximately 194,000 square feet of casino space, 22 signature dining experiences, 11 bars, two award-winning spas, approximately 560,000 square feet of meeting and convention space (including a 430,000 square foot expansion that opened in February 2020), approximately 160,000 square feet of retail space as well as two showrooms, two nightclubs, a beach club and recreation and leisure facilities, such as the recently renovated Wynn Golf Club and 18-hole, 129-acre championship golf course. For more information visit press.wynnlasvegas.com, or follow on Twitter, Instagram and Facebook.