NEW YORK, Feb. 27, 2020 /PRNewswire/ -- As the campaign trail heats up, Kid Reporters in Scholastic Kids Press, an award-winning team of 50 young journalists ages 10–14, are on the ground getting an inside look at the 2020 United States presidential election to share with students nationwide. Their coverage during this election year will continue the program's 20-year history of capturing important interviews with voters, youth activists, volunteers, lawmakers, and presidential candidates focused on the issues that matter most to kids today, including the environment and education. 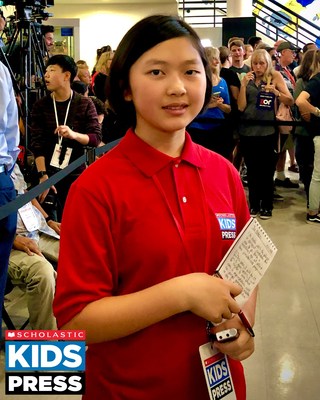 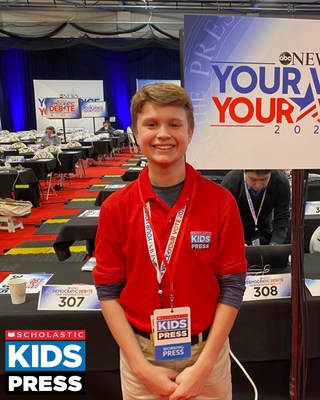 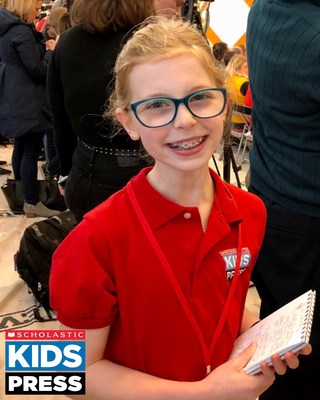 To view all Scholastic Kids Press election coverage, visit: http://bit.ly/kidspresselection. "Our reporters have been studying policies and presidential candidates so they can inform their readers about the stakes during election years," said Suzanne McCabe, editor of Scholastic Kids Press. "Presidential elections are not only pivotal moments in our nation's history, but are also opportunities for young people to better understand the workings of our democracy and their responsibility to educate themselves about issues that affect them directly."

Donning their iconic red shirts, Scholastic Kid Reporters will continue their political coverage leading up to and after Inauguration Day. Throughout the year, they will report from their local communities, visiting campaign headquarters, rallies, polling stations, newsrooms, and national conventions. They will also give young readers a behind-the-scenes look at the inner workings of government, while highlighting ways young people can make their voices heard.

In addition to politics, Kid Reporters from across the country and around the world report on current events and local news covering entertainment, sports, and more. Their articles are published on the Scholastic Kids Press website and in select issues of Scholastic Classroom Magazines, which reach more than 25 million students nationwide. Beginning March 2, students interested in joining Scholastic Kids Press can submit Kid Reporter applications for the 2020–2021 program year. All applications must be received by May 31, 2020.