ATHENS, Ga., Oct. 27, 2020 /PRNewswire/ -- Zaxby's, the fast-casual chain known for its Chicken Fingerz™, wings and signature sauces, is going big with the new Zaxby's Signature Sandwich, served with a choice of Zax Sauce® or new Spicy Zax Sauce™. A year after the Chicken Sandwich Wars broke out on Twitter, Zaxby's has fired an artillery shot with its "Y'all ready?" tweet, declaring The Chicken Sandwich War Ain't Over Yet™. 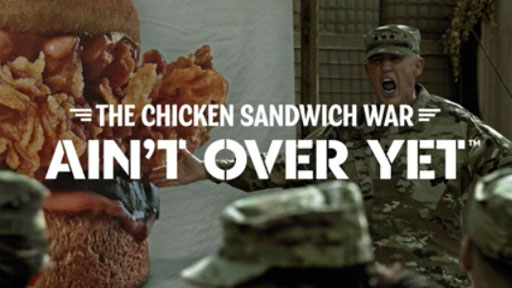 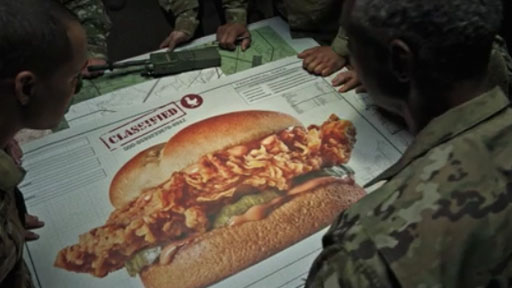 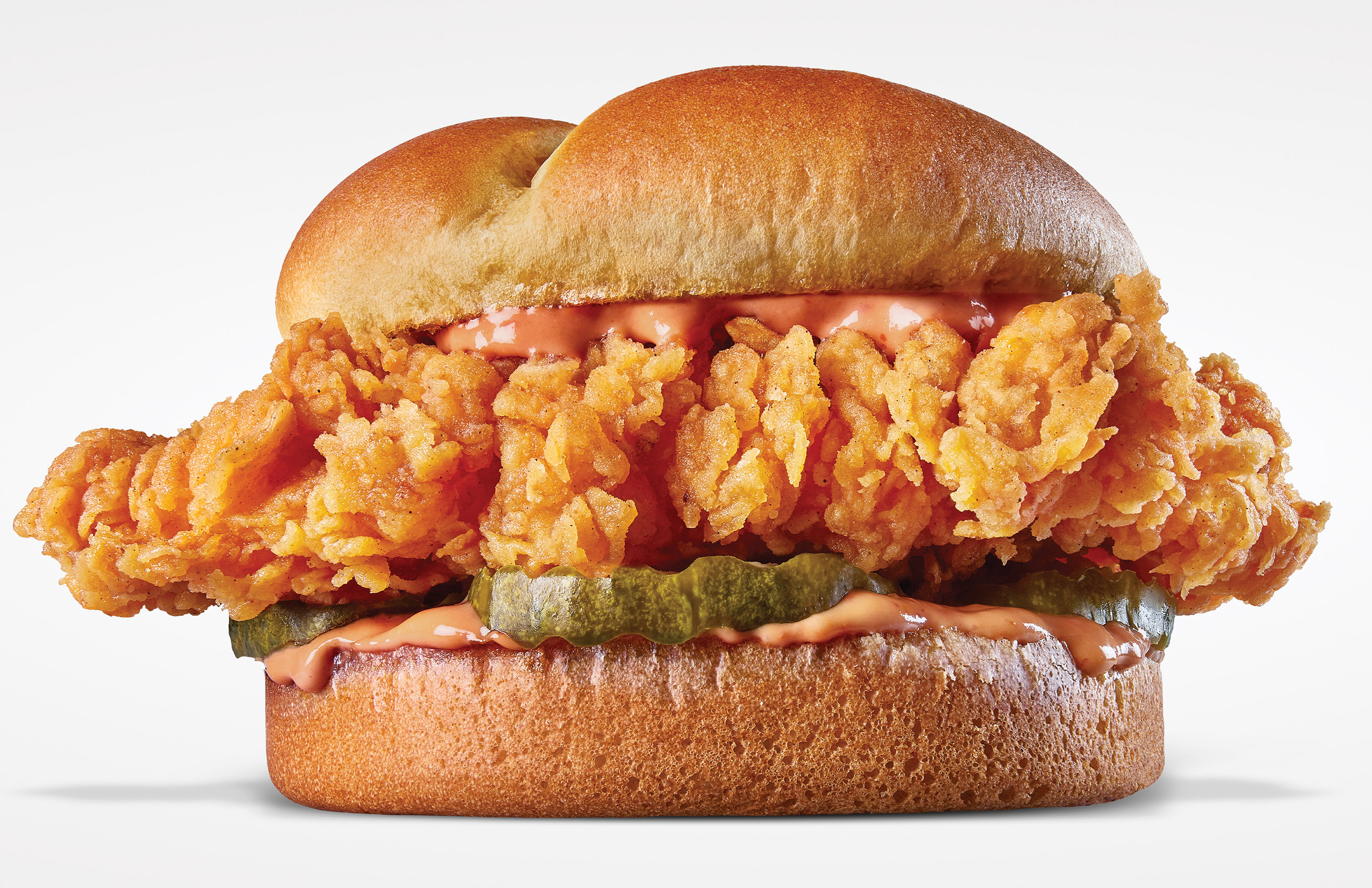 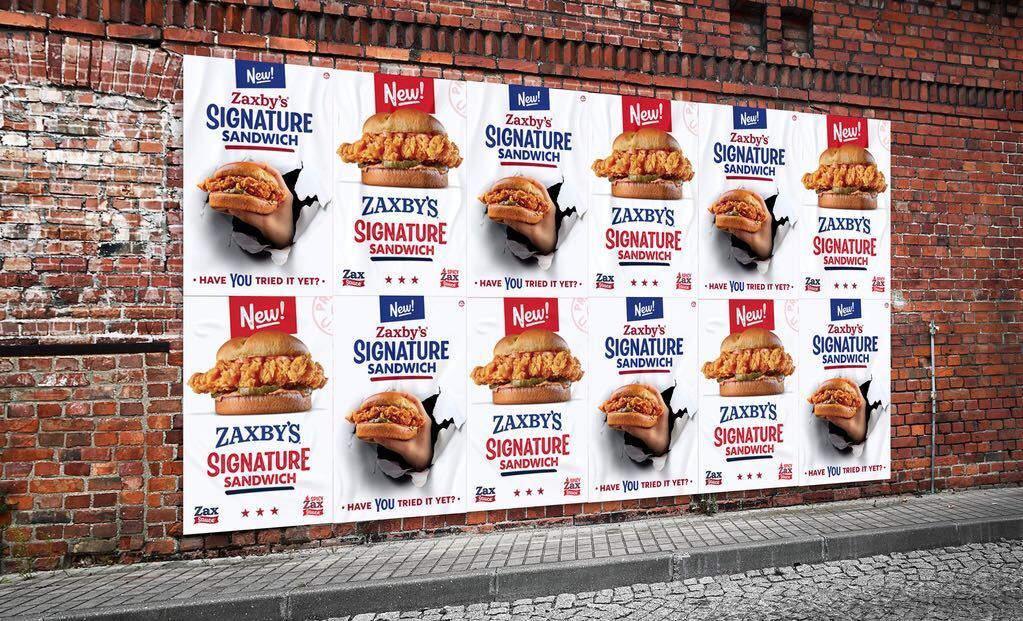 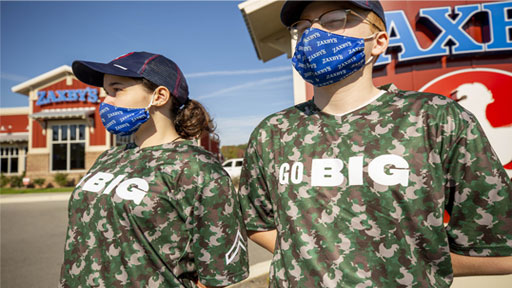 "Zaxby's new Signature Sandwich has been 30 years in the making," said CMO Joel Bulger. "It's a natural brand evolution for us, perfecting the size, taste and flavor profile of this indescribably delicious chicken sandwich. We know the competition is fierce, but we're also confident that once you try it, there's no going back."

The company conducted extensive consumer research on chicken sandwiches and uncovered a key insight: size matters. This revelation created a strategic advantage for the company in its campaign for chicken sandwich domination. And to match the size of its incredible new sandwich, Zaxby's created a multi-faceted ad campaign:

"Anyone who thought the chicken sandwich wars were over, consider this your notice. They've only just begun," said Dooley Tombras, president of Tombras, Zaxby's creative agency of record. "As a challenger brand, we're taking a big shot and we created a campaign big enough to match the size of the new Signature Sandwich. This is just the opening salvo."

Made with fresh ingredients, the Signature Sandwich features double hand-breaded 100% white breast meat and is served on a new buttery, toasted split-top bun with three thick-sliced pickle chips and a choice of Zax Sauce or Spicy Zax Sauce. The sandwich is also available as a meal with crinkle fries and a 22 oz. drink. Prices may vary by location.

Every war has secret weapons, and the new Spicy Zax sauce is Zaxby's. It combines multiple elements for a balance of pepper and heat—ingredients include flavorful jalapeño and zesty red cayenne. The heat level of the new sauce is in line with Zaxby's Tongue Torch. Spicy Zax means "sauce-rilla" warfare.

Available exclusively in Nashville, Knoxville and Tri-Cities, Tenn. as well as Louisville and Lexington, Ky. markets while supplies last, Zaxby's new Signature Sandwich is worth the drive for brand fans beyond these locations.

The national rollout of the new sandwich is coming soon.

Founded by childhood friends Zach McLeroy and Tony Townley in 1990, Zaxby's is committed to serving delicious chicken fingers, wings, sandwiches and salads in a fun, offbeat atmosphere where customers are considered friends. Zaxby's has grown to more than 900 locations in 17 states and is headquartered in Athens, Georgia. For more information, visit zaxbys.com or zaxbysfranchising.com. 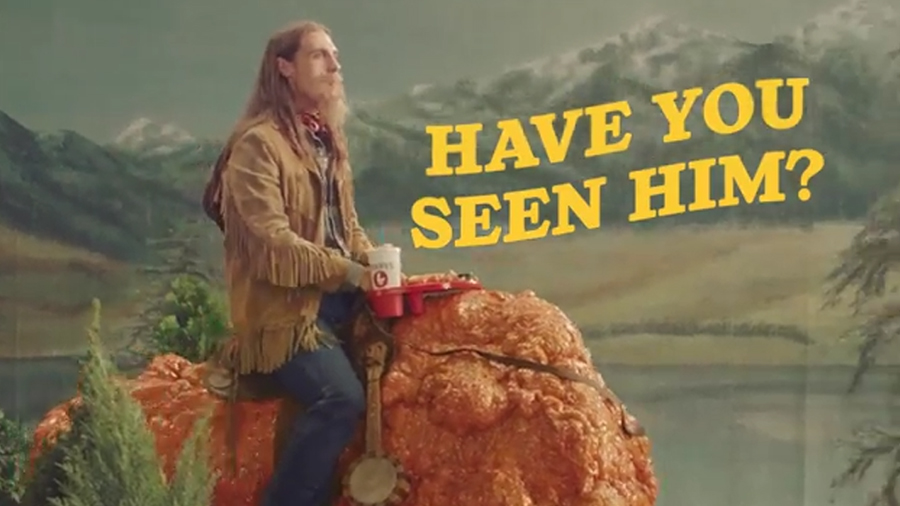