UMEÅ, Sweden, Nov. 29, 2021 /PRNewswire/ -- Swedish gaming group Zordix AB (publ) today announced the acquisition of Maximum Games for $42 million upfront in cash and shares and an estimated earn-out of $30 million in cash and shares. Maximum Games is a full-service video game publisher and distributor with over 300 titles in its catalogue and operates independent publishing label Modus Games, as well as Modus Studios development team in Brazil. By joining forces with Maximum Games, Zordix significantly expands its capabilities and resources, laying the foundation for substantial global growth in the AA gaming space. 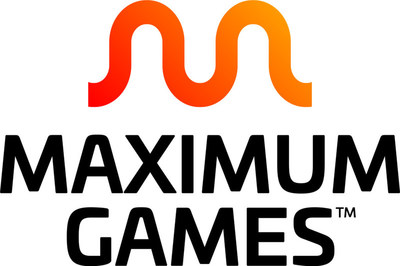 Christina Seelye, founder and CEO of Maximum Games, will serve as COO at the group level. The company will continue to forge new creative and business partnerships with the mission to become the market leader in the AA segment of game publishing while strengthening each of the brands in its portfolio.

Maximum Games employs 78 people and has offices in the US, UK, and Brazil. Established in 2009, Maximum Games has grown to a top 20 games company worldwide. Its publishing label, Modus Games, has successfully shipped 16 games in the three years since its inception in a variety of genres across PC, mobile, cloud and console platforms, including Super Animal Royale, Cris Tales, and Trine 4.

Partnering with best-in-class game creators and franchises around the world (Kena: Bridge of Spirits, Among Us, Five Nights at Freddy's™), Maximum has delivered profitable results in its game publishing and distribution services by identifying unique market opportunities and executing strategically so that games reach their maximum potential audience.

"With Maximum Games on board, we are now equipped with an incredible infrastructure that has a history of proven success in all aspects of game publishing," said Matti Larsson, founder and CEO of Zordix. "The experience Maximum Games brings to the table enables us to scale tremendously, which of course means more exciting games on the horizon!"

"We are extremely honored to join Zordix and continue the evolution of both companies hand-in-hand," said Seelye. "This move enables us to invest in more wholly owned IP, development studios, and the fostering of what we love most – awesome games."

Earlier this year, Zordix acquired Merge Games and Just For Games and is also the parent company of Dimfrost Studio, Invictus Games, and Zordix Racing. For more information about Zordix Group, visit www.zordix.com.

About ZordixZordix is a multinational game developer and publisher headquartered in Umeå, whose business concept is to develop and release games for consoles and PCs on the global market. Acquisitions of other companies, long-term investments in its own IPs and investments within the framework of its own publishing operations are the main ingredients in Zordix's growth strategy. The group as a whole has over a 25-year period participated in over 60 launched games on a world market and today consists of three studios that develop games under their own brands, and a publishing arm. Zordix Racing is developing new technology and new games in a project with the working name Thunder. Dimfrost Studio develops Nordic fantasy in Bramble: The Mountain King. Invictus Games is working on a number of new projects, of which the racing part for the next game in the series Flåklypa Grand Prix is one. Zordix Publishing publishes its own games as well as games developed by external studios and launches them globally.