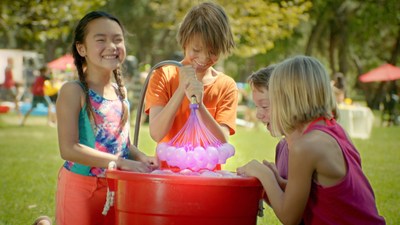 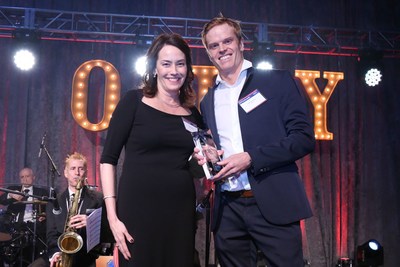 "We are thrilled to be recognized with the Outdoor Toy of the Year Award by the toy industry and families across the U.S.," said Nick Mowbray, President, ZURU. "We all believed Bunch O Balloons was an amazing product, but never imagined it would become a global phenomenon. A combination of innovative design, production automation, engineering excellence and best-in-class marketing has made Bunch O Balloons a staple of summer fun for families, with 2.3 Billion individual balloons popped worldwide!"

Mowbray continued, "We are grateful for the support of the U.S. toy industry and our retail partners, as well as the worldwide ZURU team, who have put their heart and soul into making the company a success. We look forward to developing more toys that excite, energize and engage children all over the world!"

Bunch O Balloons creates over 100 water balloons in 60 seconds with a patented and innovative design and is the #1 selling toy in the Outdoor & Sports Toys Supercategory in 2016 according to NPD. ZURU plans to build on the success of the line with exciting new launches, including the first licensed line, Bunch O Balloons Minions in 2017, and more product innovations for 2018. Watch Bunch O Balloons in action here.

The TOTY Awards are considered the "Oscars" of the toy industry, recognizing companies and products for their outstanding performance the previous year. Winners are chosen through a combination of votes from retailers, journalists, consumers and members of the Association.

Launching from grassroots beginning in Cambridge, New Zealand in 2004, ZURU has quickly become the fastest growing international toy company in the U.S. market. The company has flourished since its small beginnings in a garage, and the company is now made up of 500 team members focused on building the ZURU brand across the globe, with factories manufacturing only ZURU items and employing over 7000 operators. ZURU brands are distributed and marketed in 121 countries worldwide and can be found in almost all major retailers. Driven by innovation and marketing, ZURU strives to create a standard of excellence in its product engineering, marketing and distribution practices. www.ZURU.com