IRVING, Texas, May 14, 2021 /PRNewswire/ -- Earlier today Acting Chairwoman Slaughter and Commissioner Chopra of the Federal Trade Commission ("FTC" or the "Commission") issued a statement suggesting that 7-Eleven, Inc.'s ("7-Eleven") acquisition of Speedway, LLC ("Speedway") raises competitive concerns in certain local markets.  7-Eleven is disappointed by the statement as it fails to acknowledge the facts that led to 7-Eleven closing the transaction.

To be clear, 7-Eleven was legally allowed to close on the Speedway transaction today and statements or implications to the contrary are false.

Despite FTC staff's recommendation that the Commission approve the negotiated settlement, on May 11, 2021—less than three days before close—Acting Chairwoman Slaughter and Commissioner Chopra indicated that they wanted more time to review the settlement agreement.  7-Eleven took the request very seriously, but such a last-minute delay would have created enormous disruption to the lives of our new colleagues at Speedway and to the business.  Given that there was no legal basis for such a delay and given that 7-Eleven was abiding by the negotiated settlement agreement, we closed today on schedule.

In their statement, the two Commissioners suggest that 7-Eleven did not give the Commission enough time to review the transaction.  This ignores the fact that 7-Eleven could have pushed the Commission to vote on the transaction as early as January 2021.  7-Eleven chose instead to work with FTC staff to identify Speedway fuel outlets that might create competitive concerns if acquired by 7-Eleven and to identify strong buyers for those outlets.  As 7-Eleven worked through this process, 7-Eleven modified its timing agreement with the FTC staff four times – on February 2, 2021; February 19, 2021; March 22, 2021; and April 9, 2021.  All of the extensions were at the request of FTC staff.  The final April 9, 2021 extension made clear that 7-Eleven planned to close today and yet Acting Chairwoman Slaughter and Commissioner Chopra waited until May 11 to request that 7-Eleven delay its closing.

To be clear, the only concern that Acting Chairwoman Slaughter and Commissioner Chopra articulated to 7-Eleven about the negotiated settlement agreement was that it allowed too much time for the required divestitures to take place.  Ironically, 7-Eleven did not ask for that amount of time.  It was proposed by FTC staff to assist the proposed buyers, and 7-Eleven has offered several times to change to the originally-anticipated shorter time frame.

7-Eleven values the cooperative relationship that it has developed with the FTC staff and applauds them for their hard work and commitment in reviewing the Speedway transaction.  7-Eleven will continue to work with them to ensure that 7-Eleven meets its obligations under the negotiated settlement.

In the meantime, we are thrilled to welcome Speedway into the 7-Eleven family.

7–Eleven, Inc. is the premier name in the convenience-retailing industry. Based in Irving, Texas, 7–Eleven operates, franchises and/or licenses nearly 77,000 stores in 16 countries and regions, including nearly 16,000 in North America. Known for its iconic brands such as Slurpee®, Big Bite® and Big Gulp®, 7–Eleven has expanded into high-quality sandwiches, salads, side dishes, cut fruit and protein boxes, as well as pizza, chicken wings and mini beef tacos. 7–Eleven offers customers industry-leading private brand products under the 7-Select™ brand including healthy options, decadent treats and everyday favorites at an outstanding value. Customers can earn and redeem points on various items in stores nationwide through its 7Rewards® loyalty program with more than 40 million members, place an order in the 7NOW® delivery app in over 1,300 cities, or rely on 7–Eleven for bill payment service, self-service lockers and other convenient services. Find out more online at www.7–Eleven.com, via the 7Rewards customer loyalty platform on the 7–Eleven mobile app, or on social media at Facebook, Twitter and Instagram.

Have No Fear, Pumpkin Spice Season at 7-Eleven is Here... 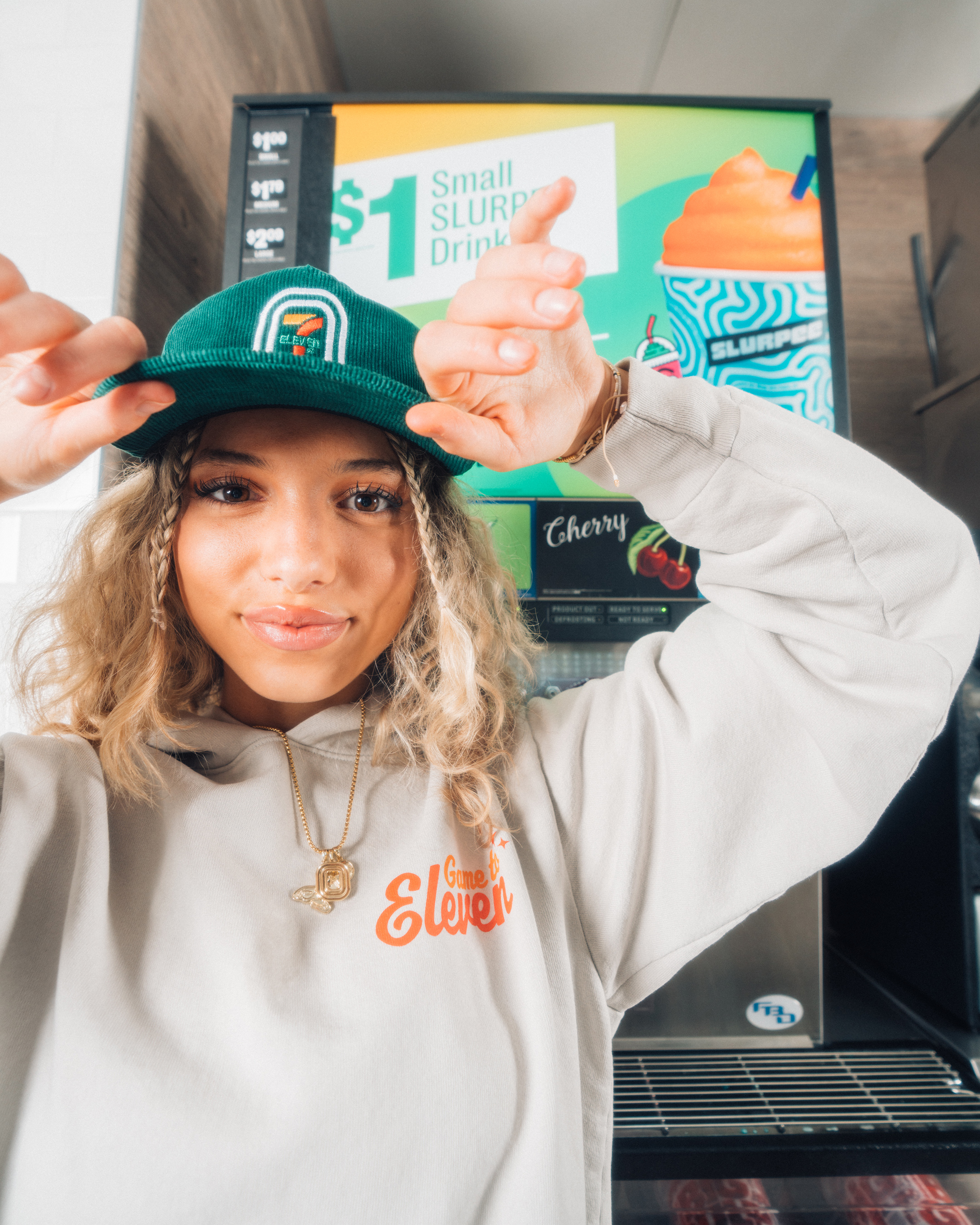