TORONTO, Feb. 10, 2020 /PRNewswire/ -- The culinary world's most revered list has just been revealed, and once again chefs, sommeliers and craftspeople from Four Seasons Hotels and Resorts worldwide are breaking new ground with contemporary restaurant concepts and an unwavering passion for quality and innovation. With the release of the Michelin Guide France earlier this year, Four Seasons maintains its position as one of the most Michelin-starred hotel companies with 29 Michelin Stars at 20 restaurants globally.

"Exceptional dining continues to be at the heart of Four Seasons," says Christian Clerc, President, Global Operations, Four Seasons Hotels and Resorts.  "More than ever, global travellers and locals are searching for one-of-a-kind culinary experiences, and our incredible chefs, mixologists and sommeliers are meeting this desire head on with unmatched creativity and passion, redefining the restaurant and bar offering at Four Seasons worldwide."

"This year's honour by the renowned Michelin Guide is a testament to the global strength, talent and diversity of our teams," continues Clerc. "We are incredibly proud of the talented craftspeople whose dedication to innovation and creativity bring the Four Seasons experience to life at our growing collection of restaurants, bars and lounges."

Continuing its celebration of great food and drink, Four Seasons also recently introduced #FSMasterdish, highlighting the dishes and drinks that are most loved and photographed by its guests, along with the culinary innovators who create them. Each #FSMasterdish showcases flavour mastery, passion and technique, representing some of Four Seasons most iconic menu items. Firmly solidifying the company's commitment to exceptional restaurants and bars, #FSMasterdish provides an additional stage for many of Four Seasons Michelin-starred chefs to create, connecting them to guests, followers and locals from around the world.

Just released in January 2020, the latest edition of the world's most anticipated culinary guide brought special recognition to the culinary team at the legendary Four Seasons Hotel George V, Paris, in addition to an incredible five Michelin stars encompassing all three of its restaurants under the leadership of Executive Chef Christian Le Squer.

Eric Beaumard, the formidable Restaurant Director of Le Cinq***, who is celebrating his 20th anniversary with Four Seasons, received a special Michelin Sommelier Award, while Chef Simone Zanoni was named in the important Sustainable Gastronomy Category for his commitment to green practices at Le George*.  In addition, Michael Bartocetti maintained his Passion Dessert selection. Rounding out the accolades in Paris, Chef Alan Taudon maintained the Michelin star at L'Orangerie*.

In the country where the Michelin Guide originated, Four Seasons continues to offer the very best culinary experiences with additional accolades on the French Riviera at Grand-Hôtel du Cap-Ferrat, A Four Seasons Hotel, where Executive Chef Yoric Tièche and his team have once again earned a star for the beloved hotel's signature dining experience Le Cap*.

In Megève in the French Alps, Executive Chef Julien Gatillon and his team have retained their Michelin Guide rating with two stars for Le 1920**, located inside Four Seasons Hotel Megève. At Les Chalets du Mont d'Arbois (reopened in late 2019 as a Four Seasons hotel), Prima* and the team led by Chef Nicolas Hensinger also holds a star, making this year-round holiday region a leading culinary destination as well.

Four Seasons Hotel Hong Kong is home to the first Michelin-starred Cantonese restaurant in the world, and now, more than 15 years later, it continues to set records with the distinction of having the most Michelin stars under one hotel roof.  Must-try dining experiences include Lung King Heen*** under the visionary leadership of Chinese Executive Chef Chan Yan Tak; Caprice***, the signature French dining experience led by Chef de Cuisine Guilluame Galliot; and the intimate Sushi Saito** with Chef Ikuya Kobayashi leading the team.

Also in the same edition, Chef Cheung Chi Choi and the team at Zi Yat Heen* at Four Seasons Hotel Macao have once again earned a star.

More Michelin Stars in China and Across Asia

The exciting debut of the Michelin Guide in Beijing in late 2019 was cause for celebration in the kitchens of Four Seasons Hotel Beijing, with Italian dining sensation Mio* and high-style Cantonese restaurant Cai Yi Xuan* and Chef Li Qiang and his team each earning one star.

More Michelin Stars in Europe and the United States

As the culinary tour of Four Seasons circles the globe, the much-anticipated return of the Michelin Guide to Los Angeles in 2019 also heralded the return to the list the original CUT by Wolfgang Puck* restaurant, located within Beverly Wilshire, A Four Seasons Hotel and led by Chef de Cuisine Hilary Henderson.

Founded in 1960, Four Seasons Hotels and Resorts is dedicated to perfecting the travel experience through continual innovation and the highest standards of hospitality. Currently operating 117 hotels and resorts, and 45 residential properties in major city centres and resort destinations in 47 countries, and with more than 50 projects under planning or development, Four Seasons consistently ranks among the world's best hotels and most prestigious brands in reader polls, traveller reviews and industry awards. For more information and reservations, visit fourseasons.com. For the latest news, visit press.fourseasons.com and follow @FourSeasonsPR on Twitter.

Be Among the First to Experience Sky-High Luxury at Four Seasons... 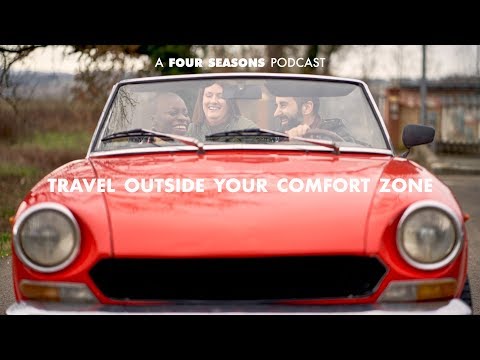 A Constellation of Stars: Four Seasons Continues to Earn Praise for its Diverse Portfolio of Dining Experiences, Now with 29 Michelin Stars at 20 Restaurants Worldwide