NEW YORK, Sept. 26, 2019 /PRNewswire/ -- The Ad Council has honored the ABC Owned TV Stations Group, part of the local media division of ABC, with the 2019 Catalyst Award for its extraordinary support of the Ad Council's public service campaigns. The award was given at TVBForward 2019, the Television Bureau of Advertising's (TVB) annual leadership conference in New York City.

"ABC has gone above and beyond with their participation in Project Roadblock, and that, plus their donated media efforts, are why they're so deserving of this year's Catalyst Award," said Lisa Sherman, President and CEO of the Ad Council. "We're thrilled to recognize them for this partnership and are grateful for the support that they've provided our campaigns in the past year."

"As an industry, our role in social change and corporate responsibility is more vital than ever," said ABC Owned Television Stations Group President Wendy McMahon. "ABC Owned TV Stations Group stands proudly with the Television Bureau of Advertising and the Ad Council in their efforts to bring the positive and often lifesaving messaging of PSAs to the masses as well as sharing the value of inclusion and diversity with the community. I look forward to the many other opportunities where ABC OTVS will lead corporate responsibility measures through our storytelling and reach in local communities and the nation at large."

Since 2004, Project Roadblock has raised awareness of the dangers of impaired driving during the holiday season. The partnership between TVB, the Ad Council, NHTSA and local broadcast television stations is now entering its 16th year.

2018 was another successful year for Project Roadblock with over 68,000 placements of donated on-air, digital sub-channel, online and mobile time and space by over 1,000 TV stations reaching all 50 states, resulting in nearly $8 million of airtime over the six-day period. The ABC owned stations led all participants in donated media value.

Since Project Roadblock's inception, local broadcast TV stations across the nation have donated more than $74 million in support.

"We hope the 16th year of Project Roadblock will be the most successful yet. With the participation of over 1,000 TV stations and over 600 of their digital subchannels last year, local broadcasters truly made a difference in keeping their communities safe by running this life-saving PSA campaign," said Steve Lanzano, President and CEO of TVB. "We applaud ABC Owned Television Stations and all participating TV stations for their outstanding efforts prioritizing this initiative and helping to save lives."

About TVB TVB is the not-for-profit trade association representing America's $21 billion local broadcast television industry. Its members include over 800 individual television stations, television broadcast groups, advertising sales reps, syndicators, international broadcasters and associate members. TVB actively promotes local media marketing solutions to the advertising community and works to develop advertising dollars for the medium's multiple platforms, including on-air, online and mobile. TVB provides a diverse variety of tools and resources, including its website, to support its members and to help advertisers make the best use of local ad dollars.

About the Ad CouncilThe Ad Council brings together the most creative minds in advertising and media to address the most worthy causes. Its innovative, pro bono social good campaigns raise awareness. They inspire action. They save lives. To learn more, visit AdCouncil.org, follow the Ad Council's communities on Facebook and Twitter, and view the creative on YouTube.

About NHTSAFor more than four decades, the National Highway Traffic Safety Administration (NHTSA) has served as the key federal agency charged with improving safety on our nation's roadways. As part of the U.S. Department of Transportation, NHTSA is working to reduce traffic-related deaths and injuries by promoting the use of safety belts and child safety seats; helping states and local communities address the threat of distracted, drunk and drug-impaired drivers; regulating safety standards and investigating safety defects in motor vehicles; establishing and enforcing fuel economy standards; conducting research on driver behavior and traffic safety; and providing consumer information on issues ranging from child passenger safety to impaired driving. For more information visit www.nhtsa.gov. 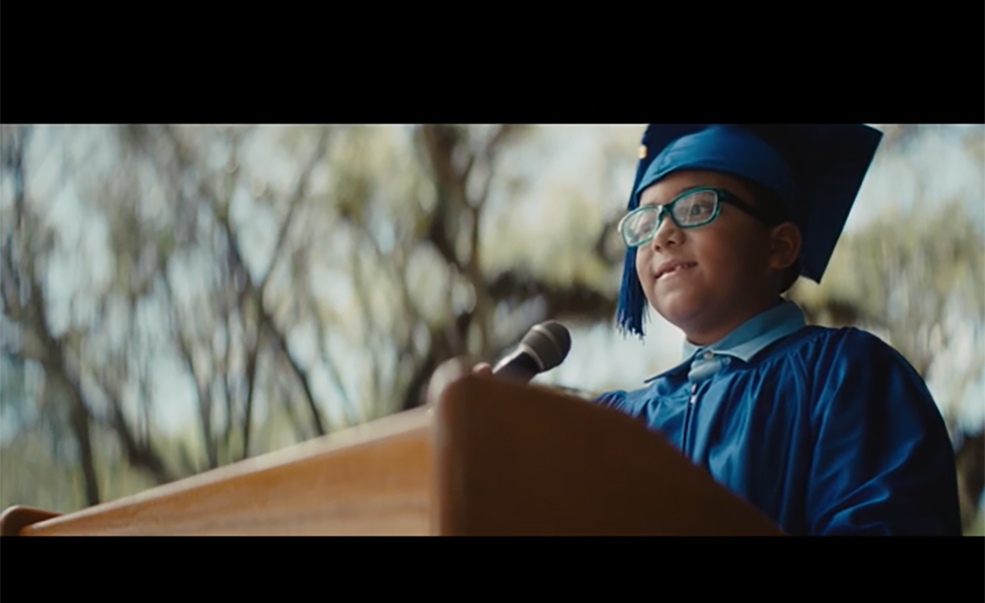 New "When You Graduate, They Graduate" Campaign from Dollar...