PITTSBURGH, Jan. 21, 2022 /PRNewswire/ -- Allegheny Health Network (AHN) physicians have joined a landmark clinical trial exploring the safety and efficacy of deep brain stimulation therapy to treat Alzheimer's disease. Led by  Donald Whiting, MD, chair of AHN's Neurosciences Institute, Chief Medical Officer for AHN, and a pioneer in the use of DBS to treat a variety of debilitating neurological conditions, the ADvance II Study is an international phase 3 clinical trial being offered only at select medical centers world-wide.

"We have known from our use of DBS for almost two decades to treat movement disorders such as Parkinson's and essential tremor that the procedure is a safe and generally well-tolerated therapy," said Dr. Whiting. More than 160,000 people worldwide have received DBS therapy for those conditions.

AHN is one of only 20 sites in the United States selected to participate in the ADvance II Study which is also being conducted in Canada and Germany.

Alzheimer's Disease is the most common form of dementia. An estimated 6.2 million, or one in nine Americans age 65 and older are living with Alzheimer's; 72 percent are age 75 or older. Alzheimer's is a progressive disease and in its late stages, the neurons in parts of the brain that enable a person to carry out basic bodily functions, such as walking and swallowing are affected. The disease is ultimately fatal and there is no known cure.

DBS for Alzheimer's involves the use of an implanted device similar to a heart pacemaker and two attached wires that deliver mild electrical pulses directly to an area of the brain called the fornix (DBS-f), which is associated with memory and learning.  The electrical stimulation is believed to activate the memory circuitry in the brain to sharpen its function.

The randomized, double-blind study will last four years for participants, each of whom will undergo a standardized Alzheimer's assessment prior to having the neurostimulator implanted. The results of this physical, psychological, and cognitive evaluation will be used as a baseline measurement as they are regularly assessed for the rate of Alzheimer's progression throughout the duration of the study.

Following implantation, two-thirds of the patients will be randomized to have their neurostimulator activated and one-third will have their device left off. Patients whose device is off at the start of the study will have it activated after 12 months.

Throughout the clinical trial, study participants will be monitored by a multidisciplinary team of AHN neurologists, psychiatrists and neurosurgeons, including Dr. Whiting and fellow AHN neurosurgeon and DBS specialist Nestor Tomycz, MD.

To qualify for the trial, patients must be 65 or older, diagnosed with mild Alzheimer's, be in otherwise good health, and have a designated caregiver or family member who will accompany them to doctor visits.

"The results of earlier phases of this clinical trial are promising and indicate the treatment may benefit patients with mild Alzheimer's by stabilizing and improving their cognitive function," said Dr. Whiting. "To say that a successful outcome of this study could be lifechanging for millions of Americans impacted by this debilitating, fatal disease is not an understatement. We are thrilled to be among the distinguished surgical groups in the world offering Alzheimer's patients access to this innovation."

Under Dr. Whiting's leadership, AHN's Allegheny General Hospital has long been at the forefront of pioneering efforts to advance the use of deep brain stimulation.  The hospital was the first in western Pennsylvania to use the technology to treat essential tremor and Parkinson's Disease, and most recently, Dr. Whiting and his team began the second phase of a clinical trial exploring the efficacy of DBS to help manage morbid obesity.

If you or someone you know is interested in learning more about the ADvance II study, please reach out to the study coordinator Mary Fetter at (412) 359-4856 or email: [email protected].

About the Allegheny Health Network: 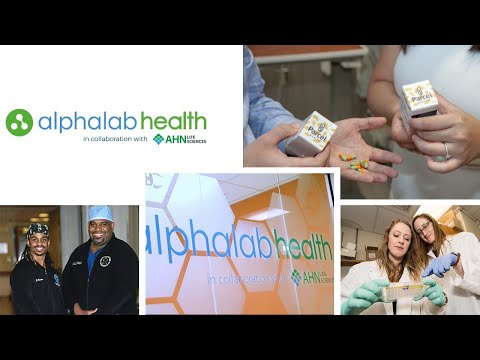 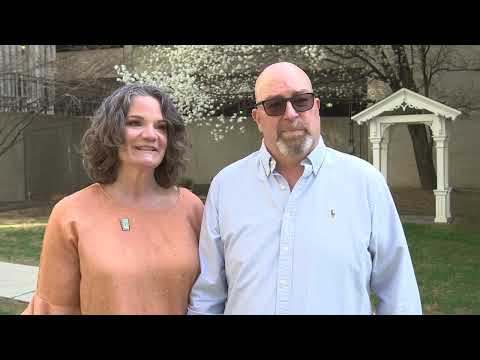 A Valentine's National Donor Day Match of a Lifetime...