WASHINGTON, May 18, 2021 /PRNewswire/ -- The ALS Association today announced a goal of making ALS a livable disease by 2030. Currently, there are no cures or significant life-extending treatments for the fatal neurodegenerative disease. The organization will continue to pursue its vision of a world without ALS, but believes that with the right focus and enough resources, within a decade, people with ALS will be living longer lives, with greater quality of life, and that some people at higher risk will be prevented from getting the disease. 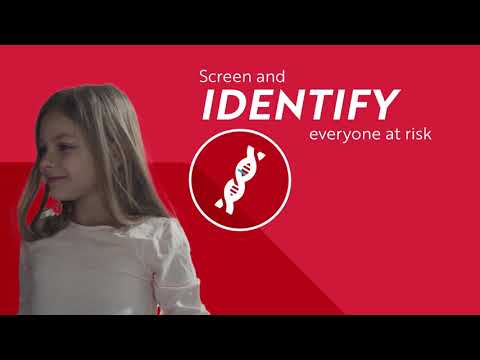 "The work the ALS Association is doing to find new treatments and cures and improve care will benefit those of us living with ALS now," said Larry Falivena, who was diagnosed with ALS in 2017 and is on the ALS Association's Board of Trustees. "And it will mean that people diagnosed in the future will no longer have to live with the same physical, emotional, and financial burdens as those of us living with ALS now.  I want to see my boys grow up, and I think this is the best chance for me, and many others like me, to make that happen."

ALS, or amyotrophic lateral sclerosis, also known as Lou Gehrig's Disease, is a progressive neurodegenerative disease that can strike anyone at any time. The average life expectancy of an ALS patient is approximately three to five years after diagnosis. Death is usually due to respiratory failure because of diminished strength in the skeletal muscles responsible for breathing. Few treatment options exist for these patients, resulting in a high unmet need for new therapies to address functional deficits and disease progression.

"This is the first time the ALS community has been able to articulate a workable plan to fundamentally change the course of this disease," said Dr. Jinsy Andrews, who serves as Associate Professor of Neurology at Columbia University's Eleanor and Lou Gehrig ALS Center, and who is a member of the ALS Association's Board of Trustees. "This is an audacious and challenging goal, but people with ALS deserve no less. If we are focused, and can expand research and access to high quality care the way we need to, we can make this happen."

According to its plan, which can be viewed at ALS.org/livable, the organization will be putting an emphasis on more and faster clinical trials, improved delivery of state-of-the-art care to all people living with ALS, and the identification of risk factors to treat ALS as soon as possible, including before symptoms develop.

"A critical part of making ALS livable means finding new treatments and cures, and we need to speed and scale up the ALS research process so they are developed soon enough to help people living with ALS now," said Calaneet Balas, President and CEO of The ALS Association. "Making ALS livable also means improving the care we are delivering and thinking about how to prevent ALS and its associated harms, which will help people with ALS and their loved ones."

Balas added: "Seven years ago, some amazing people with ALS inspired us all to do the Ice Bucket Challenge and made the world aware of ALS. That outpouring of support for people with ALS has enabled us to now take the next step and lead the process of transforming ALS from being a fatal disease into a livable one."

In 2014, over 2.5 million people donated to the ALS Association as part of the Ice Bucket Challenge, raising over $115 million for the organization and dramatically accelerating the fight against ALS. The funding helped lead to the discovery of new ALS genes, new potential treatments, and doubled the number of the Association's certified and recognized treatment centers. Since 2014, the Association has committed over $113M million to research and is currently funding 166 projects in 13 countries.

Next week, the ALS Association is hosting a virtual meeting with representatives from the Food and Drug Administration so that the agency can hear from people living with ALS about their urgent need for new treatments that provide even incremental benefits in how people feel, function and live. Andrews added that one way to make ALS livable is to create a stable of moderately effective treatments, until more permanent cures can be found. The Association has also asked that AMX0035, a treatment that showed promise and safety in phase 2 trials, be fast-tracked by the FDA so it can be made available to people with ALS as soon as possible.

To learn more about the ALS Association's goal of making ALS livable by 2030, visit ALS.org/livable.

About ALS Amyotrophic lateral sclerosis (ALS) is a progressive neurodegenerative disease that afflicts approximately 16,000 people in the United States and a comparable number of patients in Europe. Approximately 5,000 new cases of ALS are diagnosed each year in the United States. The average life expectancy of an ALS patient is approximately three to five years after diagnosis and only approximately 10 percent of patients survive for more than 10 years. Death is usually due to respiratory failure because of diminished strength in the skeletal muscles responsible for breathing. Few treatment options exist for these patients, resulting in a high unmet need for new therapies to address functional deficits and disease progression.