SOLANA BEACH, Calif., June 15, 2021 /PRNewswire/ -- American Wave Machines, Inc. (AWM) announces that the final commissioning of PerfectSwell® Shizunami (静波サーフスタジアムPerfectSwell®) will commence at the end of the month. Located in the surf town of Shizunami, Makinohara, Japan, PerfectSwell® Shizunami will offer world-class competition surfing in a safe, controlled environment. The surf pool will also be available as a training platform for Olympic surfing teams. 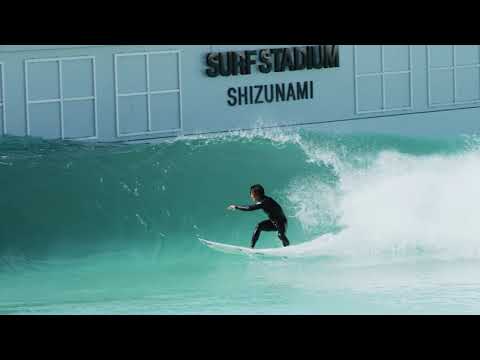 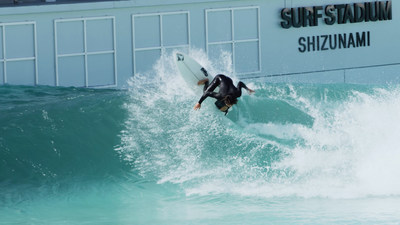 Evan Geiselman, pro surfer and winner of the 2016 Ichinomiya Chiba Open, will be part of the commissioning team putting PerfectSwell® through the paces.  New in Japan are software platform innovations like 'Temporal Distortion', a wave design parameter that will bring additional levels of control. "Temporal Distortion will lead to an entirely new selection of waves for both high-performance and learning applications," said William McFarland, AWM Surf Programmer. "It will add shifting elements to the surf creating a more dynamic wave overall." Other new features include upgrades to the system's power response. "Start-up test results confirm that the enhanced performance response has been achieved," said Lead Engineer Miquel Lazaro.

PerfectSwell® Shizunami demonstrates how high-performance surf can be achieved in urban, surf-centric, relatively smaller footprint locations, referred to as 'surf arenas'. This scalability demonstrates how PerfectSwell® Surf Technology can be deployed globally in varied applications. "Surfing is in the Olympics for the first time only once. This is a watershed moment for the sport," said Bruce McFarland, AWM Founder. "Starting July 12, PerfectSwell® Shizunami will provide a consistent platform for athlete training, exhibitions, and events leading up to the Olympic Games."

American Wave Machines, Inc. surf technology is protected by 39 patents in 11 jurisdictions. SurfStream® venues have capacity of 100's while PerfectSwell® surf pools are 1 acre plus with capacity in the 1,000's. Since 2007 over 4,000,000 sessions have been enjoyed at American Wave Machines locations around the globe.