AUBURN, Ala., Oct. 23, 2020 /PRNewswire/ -- Six Auburn University political science professors addressed public concern about everything from cybersecurity to potential wait times at polling locations less than two weeks ahead of Election Day during an hourlong webinar session on Friday.

Mitchell Brown, Kathleen Hale, Soren Jordan, Jon Fisk, Bridgett King and Ryan Williamson—all members of Auburn's Election Administration Initiative, or EAI—joined Auburn Student Government Association Executive Vice President of Outreach Michael Bennett to offer their thoughts about the impending elections in a webinar titled "Voting in 2020: What to Expect." The group discussed a variety of topics during the session, including polling location logistics, early voter turnout and post-election procedure, taking questions from a group of attendees that included media, Auburn students and faculty and the public.

One of the most pressing public concerns for this year's elections involves cybersecurity, especially in the wake of recent reports that Iran and Russia hacked voter registration data to affect American elections at all levels. Brown, a professor in Auburn's Department of Political Science and co-director of the EAI, put the reports in context.

"There has been some reporting that they hacked into voter registration databases, and I will say that's not necessarily true," Brown said. "Registration lists are public documents, so who votes, who they vote for and what party someone is affiliated with is a matter of public information. What is private is how we vote, and the system surrounding how we vote is very secure. So, I think we don't want to get worried that the voter registration lists are somehow public as evidence of some bad actor hacking into the state systems, because those are already public."

Hale—a political science professor and EAI co-director who is a Faculty Fellow of the McCrary Institute for Cyber and Critical Infrastructure Security at Auburn—concurred with her colleague and lauded the nation's improved cybersecurity programs for protecting the integrity of America's election results, in particular since the last presidential election.

"If we go back four years and look at the conversations that were happening around the 2016 presidential election, the idea of penetrating voter registration systems was really at a fever pitch," Hale said. "It's worth pointing out to the audience that the federal government—through the Department of Homeland Security in partnership with state election directors, secretaries of state and local election offices—have made really significant strides in both the design and the implementation of cooperative sophisticated information sharing systems. I think every election expert out there agrees we are in a much different posture and what we see in these recent reports is really an indication that the system that is in place is working."

King—the department's Master of Public Administration program director and associate professor—said the nation's potential shortage of poll workers that was much talked-about during the summer has largely been rectified by election officials.

"Based on the conversations I've had with election administrators across the country in recent weeks, and even in an article I read this morning, the situation regarding the poll worker shortage has dramatically improved," King said. "Many jurisdictions are reporting having more people volunteering to serve than they ever have before. The willingness to serve as a poll worker is one of the many ways we have seen American citizens answer the call of democracy this election."

King pointed out, however, that in-person voters could likely face long lines come Election Day due to several factors.

"It could be enthusiasm that exceeds expectations, a distribution of resources—including polling locations, voting machines and poll workers—that are unable to meet the in-person voting demand, or as we saw during early voting in Georgia, technology that was running very slowly," King said. "This year, we also have COVID-19 and modifications that are being made in polling locations because of the need for social distancing that are, in turn, reducing the amount of equipment in polling locations and the number of poll workers, check-in stations, et cetera, and also the number of voters at a given time. All of those things in combination can result in lines experienced when voting in person."

Williamson, an assistant political science professor who served in the United States Senate on the Committee on Rules and Administration as an American Political Science Association Congressional Fellow, noted a large number of early voters could indicate a robust total voter participation for the 2020 election.

"We are definitely potentially seeing record-breaking turnout in the 2020 election," Williamson said. "This was true in the 2018 midterm elections as well, as we saw the highest turnout in a midterm in over 100 years. We know that enthusiasm is high and that engagement and dissatisfaction are also very high, and voters see stark differences between the two [presidential] candidates.

"All of these together suggest that more people will want to participate in the process. According to [University of Florida political science professor] Michael McDonald, at least 50 million people have already voted in this election, which is 35 percent of all the votes that were cast in 2016. So, all that is to say that getting to 60 or 65 percent voter turnout is well within the realm of possibility."

Jordan, an assistant political science professor, aligned with a growing number of experts who believe the presidential election results may take days or even weeks to resolve.

"Odds are, we're looking at least a weeklong, but probably a multi-week process to count all of the mail-in ballots, especially depending on how close the margins are," Jordan said. "Up to 50 million votes have been cast, and those are all votes that have to be counted state by state. There's a bunch of variations for when those votes are allowed to be counted. Some states, it's two weeks before the election, so that process is already under way, and some states, it's on Election Day.

"Two of the biggest states in terms of the Electoral College math—Pennsylvania and Wisconsin—can't start counting those ballots until Election Day. So, especially in those two states, it's going to take a while probably to see a declared winner."

Bennett, an Auburn senior double-majoring in political science and marketing, talked about initiatives the Student Government Association, or SGA, spearheaded to encourage students to register to vote and become involved and also gave insight into what students are saying about the 2020 elections.

"What we have seen through all of our efforts is that students are very, very excited to vote," Bennett said. "For many of them, including myself, this is their first presidential election, and so that is something that's a very big deal. What we've been doing on the SGA's behalf is removing all of the barriers that may be in place [between] them and voting.

"Our goal is to make sure we have any student who wants to participate in the civic process is able to do so and do so as easily as possible. I think that student engagement is going to be very, very high in this election based on what I'm hearing and seeing, and I'm very excited to see those numbers come back and hopefully see a lot of Auburn students participating in the election."

Anyone wishing to see the webinar in its entirety can do so via this link.

Auburn University is a nationally ranked land grant institution recognized for its commitment to world-class scholarship, interdisciplinary research with an elite, top-tier Carnegie R1 classification, life-changing outreach with Carnegie's Community Engagement designation and an undergraduate education experience second to none. Auburn is home to more than 30,000 students, and its faculty and research partners collaborate to develop and deliver meaningful scholarship, science and technology-based advancements that meet pressing regional, national and global needs. Auburn's commitment to active student engagement, professional success and public/private partnership drives a growing reputation for outreach and extension that delivers broad economic, health and societal impact. 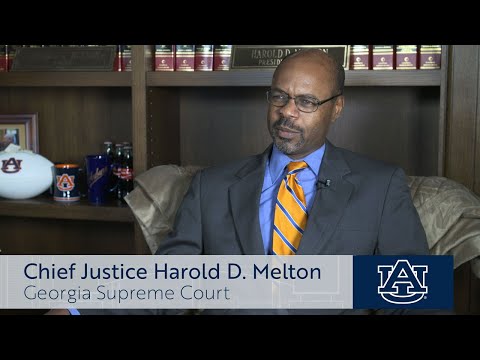